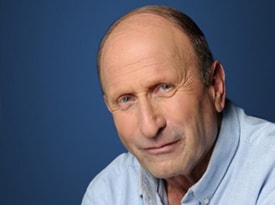 Shmuel “Shmulik” Rifman, 68, passed away today, January 30th, after a long and hard fought illness. Shmulik served as the Mayor of the Ramat HaNegev Regional Council, the largest in Israel, for the last 26 years. He was instrumental in forming the partnership between Ramat HaNegev and JEWISHcolorado back in 1999 and has been a champion for its success ever since. Shmulik is survived by his wife, Talia, his three children Aya, On, and Elul, and six grandchildren.

Shmulik was born in Bnei Brak, a small orthodox city near Tel Aviv, but he was a member of the Kibbutz Revivim, where he resided since the age of 12. Shmulik was ranked as a Captain during his military service, and he held several command positions in Nachal Paratroopers and the 50th Battalion.

Many will remember Shmulik as one of the top leaders of modern Zionism. He would move mountains to make his dream of developing the Negev a reality. With the same charisma and passion of the late Ben Gurion z”l, he devoted much of his life to strengthening Israel’s southern periphery and connecting Israel with the Jewish Diaspora. Under his leadership, Ramat HaNegev blossomed into a vibrant, creative, and attractive region. Some of his accomplishments in the region include: four new villages, the Ayalim Student Village, the Shanti House for at-risk youth, the Spirit of the Desert organization for residents struggling with addiction, and agricultural and solar energy advancements that have become an inspiration to the world. He also worked hard to promote the Bedouin population and to incorporate them into the fabric of Israeli society. Shmulik served as the Chairman of the Association of Regional Councils. To further his mission, he worked closely with many Israeli dignitaries but was particularly close with President Shimon Peres z”l and Prime Minister Ariel Sharon z”l.

Many also remember Shmulik, the chef. He often cooked for Prime Ministers, public officials, and community members while still finding time to make falafel for elementary students in the region. He was a modest public servant, committed friend, and devoted family man. Shmulik has a special connection with Colorado and developed deep relationships with many members our community. He will be remembered in our actions and in our hearts as a true leader and pioneer of Ramat HaNegev and the Jewish People.

Funeral services and burial will take place at the Kibbutz Revivim cemetery on Wednesday, February 1st at 3:00 pm Israel time.

JEWISHcolorado will be coordinating a local memorial service in Shmulik’s honor. Details are forthcoming.

May his memory be a blessing.

Joseph Dubroff is the Director for External Affairs for JEWISHcolorado. JEWISHcolorado provides a pathway for Coloradans to connect with their Jewish identity and values. We offer diverse, creative and inviting opportunities to embrace all Jews at every age and stage in life. Since 1946, JEWISHcolorado has offered programs and services to unite with the people of Israel and ensure a thriving and lasting Jewish community in Colorado. For more information, visit www.JEWISHcolorado.org.
Previous Rachel Gotthelf Bat Mitzvah
Next Weekly Edition: February 3rd, 2017