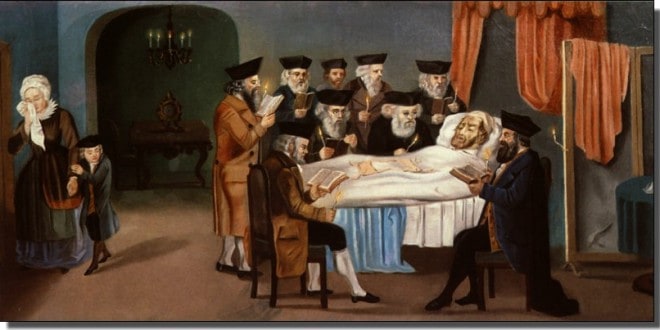 Present Even in Absense

Morah Yehudis Fishman March 17, 2016 Guests and Blogs Comments Off on Present Even in Absense

This Thursday, the seventh of Adar, is both the birthday and the yahrzeit of Moshe Rabeinu, Moses our teacher- with a lifetime of one hundred and twenty years in between. All around the world, there is a custom for Jewish burial societies, called Chevra Kaddisha to commemorate this yahrzeit. When Haman drew lots for his ‘final solution’ to fall out in the month of Adar, he was delighted. Haman focused only on the departure of Moshe from this world, and considered Adar a lucky month- for his machinations. We know of course that a life is not defined by its limits, but by its accomplishments.

The defining moment in Moshe’s life was his descent from Mt. Sinai carrying two sets of tablets; one containing primarily the commandments between people and G-d, and the other bearing the commandments between people with each other. G-d desires a consecrated space, and people desire an ethical society. The constant biblical juxtaposition of both desires, tells us that they are interconnected. The only place worthy of being a vessel to contain those precious tablets, both the broken ones, and the later ones brought down on Yom Kippur, was the Holy Ark, called the ‘ARON KODESH.’ Its placement was in the most sacred part of the Sanctuary, called the KODESH KODASHIM, the Holy of Holies. The highest sign of respect for another person is the proper attendance to the needs of the departed-the mitzvah which is called, ‘Chesed shel Emet,’ true kindness. This mitzvah culminates in burial ideally, in a plain wooden casket, also called an ARON, an ark. It is very profound that the container of a Meit, a person who died, is also called an ARON.

I think the link between the two types of arks is that a person during his or her lifetime can be an embodiment of the Ten Commandments, which are the foundational bases of the Torah. There is a still deeper connection. The Lubavitcher Rebbe points out that our sages tell us that when King Solomon built the first Temple, he knew prophetically that it would eventually be destroyed. Therefore, in contrast to Raiders of the Lost Ark, he built an underground location for the Ark to be concealed when it had to be.

The Rebbe explains the significance of this act: Even when it appears that the Ark is lost, it is only lost from its revealed location. It actually has a ‘second home’ in its designated hidden place. So too within each person, there is an indestructible bone called the Luz bone, which retains a ‘kista d’chayuta’ a trace of life, even when the person dies and is buried. This bone is the contact point between body and soul, and the place where, according to the Talmud, like stem cell regeneration, the restoration of life will occur in the Messianic era.

Within each heart too, there is a Mishkan, a Tabernacle with a Holy of Holies, an immortal center which retains the energy from all the positive acts and initiatives we have taken during our lifetimes. Even when it seems on the surface that nothing remains, that inner spark, that eternal pilot light, is still there. Therefore, all we do to watch and prepare the Meit for its earthly resting place, also contains a recognition that we are not only paying tribute to someone who has passed, but we are also honoring an ongoing existence. By participating in the precious mitzvot connected with burial, we are acknowledging in the absence, an ongoing presence in our lives of both the essence of the person as well as our bonds with a hidden sacred space.

If you want to learn more about this mitzvah, please contact the BOULDER CHEVRA KADDISHA for more information.

I have been teaching Torah and Chassidic writings for over forty years to students of all ages and backgrounds, both on the East Coast and the Midwest. I have been a director of several Jewish organizations in Santa Fe and Colorado. My articles and poetry on a wide variety of Jewish topics have been printed in many publications, and also are available online.
Previous A Shabbat Nugget: Parashat Vayikra
Next Weekly Edition: March 18th, 2016

The Shabbat Nugget: Adar and Purim

While You Are Waiting (It’s Adar, But Not Purim)