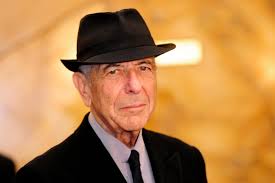 Leonard Cohen has been described as a holy man, a poet, a sage, and a prophet. Bob Dylan was described his songs as prayers.

Join us for an evening of music and conversation at Nissi’s focused on the extraordinary Canadian singer-songwriter whose longevity and impact are rivaled only by Dylan. A serious poet before he turned to the art of fusing provocative lyrics with poignant melodies, Cohen has mined Judaism to produce the most overtly Jewish songs created by any popular artist: “Who By Fire” and “Hallelujah” chief among them.

Today, Cohen still receives the sort of reverence we reserve for a precious few living artists. Why are his songs suddenly gracing the charts blockbuster movie soundtracks and television singing competitions three or four decades after their original release? And why is it that well most of his contemporaries are either long dead or engaged in uninspiring reunion tours, while Cohen is at the peak of his powers and popularity? To cite but one example, in 2008, “Hallelujah” had three covers all in the top 50 – including the “Shrek” soundtrack.

In his book, “A Broken Hallelujah,” author Lyle Leibowitz focuses on the secret of Cohen’s longevity:

“You feel the same at a Cohen concert that you do in a church or a synagogue, a feeling that emanates from the realization that the words and the tunes you’re about to hear represent the best efforts we humans can make to capture the mysteries that surround us, and that by listening and closing your eyes and singing along you too can somehow transcend…He’s the sort of man whose pores absorb the particles of beauty and grace and truth that float weightlessly all around us yet so few of us a note. He is attuned to the divine, whatever the divine might be, with the unburdened heart of a believer. It’s not for nothing that he referred to himself in song as ‘the little Jew who wrote the Bible.’”

DANCE ME TO THE END OF LOVE: CELEBRATING PROPHET AND POET LEONARD COHEN

Kathryn has spent her professional life writing about, teaching, and presenting the arts. Founding Director of the Boulder Jewish Film Festival, Kathryn was Director of Menorah and ACE at the Boulder JCC from 2003 through August, 2019. The former film and theater critic for the Boulder Daily Camera, Kathryn is the author of "The Fifty Greatest Jewish Movies" and "The Fifty Funniest Films of All Time." kathryn.bernheimer@gmail.com
Previous New Six Week Course on the WHY’s of Judaism Begins Week of 2/9
Next Shabbat Nugget: Parashat Yitro