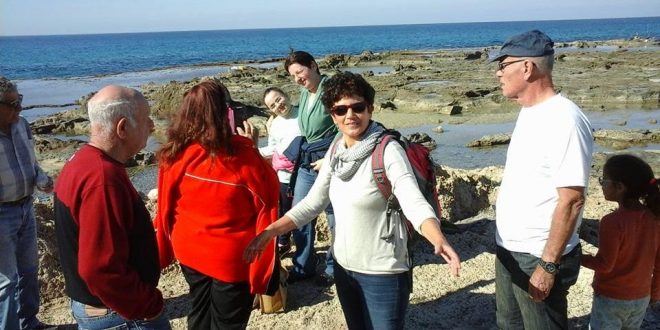 Off the Beaten Path in the Western Galilee with JNF

Marina Brodetsky May 23, 2016 Jewish Life Comments Off on Off the Beaten Path in the Western Galilee with JNF

Last fall, Sandy Springs Mayor Rusty Paul toured the Western Galilee and made the region the sister city for his Georgia constituents. In November, 2015 Paul remarked:

“We are linked to an area that, while on its nation’s periphery, gives us a beachhead in an emerging high-tech, medical technology and tourist destination. Besides gleaning from the region’s groundbreaking expertise, we hope our citizens who visit Israel will add the Western Galilee to their itinerary. It has ancient sites and modern marvels that are definitely worth a couple of vacation days.” JNF has a long history of stepping in to support Israelis in times of conflict. Most recently, during Operation Protective Edge in 2014, JNF sponsored busloads of people from Be’er Sheva, Ashdod, and Ashkelon to travel to the Western Galilee. The tours were designed both to give southern residents relief from the tensions surrounding the Gaza periphery and to bolster small businesses in the Western Galilee that were suffering from a poor tourist season as a result of the conflict. Nearly two years later, Northern Israel is beginning to see some recovery; yet, the recent spate of violence is still keeping foreign tourists away while competitive travel prices are driving Israeli tourists to more “exotic” global destinations.

Given this outlook, and in true JNF spirit, Robinson offered Shiloah-Galnoor an immediate and practical solution: put people on buses and bring them to the Western Galilee.

A few days later, WGN offered the first in a series of tours designed to bring both the general public and specific target groups to the Western Galilee to support the local tourism industry. From November to May, WGN offered 10 one-day tours to the region with the support of JNF. “This is the most expensive part of any organized tour,” Shiloah-Galnoor explained, “but thanks to JNF, the participating individuals and organizations were able to focus their resources on visiting and shopping at local businesses.”

An additional goal of the tours is to show Israeli and foreign tourists that there are places where Jews, Muslims, Christians, and Druze coexist in peace and harmony with one another. Interactive by design, the tours bused visitors to galleries, restaurants, shops, and even to the homes of local artists, restauranteurs, vintners, and social entrepreneurs. WGN-member tour guides, who are all intimately familiar with the history, landscapes, food, and cultures of the region, gave each tour a unique flavor. According to local guide Ayelet Bar Meir, Western Galilean folklore is the backbone of any tour in the region. “The human and environmental stories are fascinating,” she says, “given the historical and cultural transitions the region has undergone.” Bar-Meir was the guide for the final tour in the series, titled, “Creators of the Galilee: Art, Culture, and Society.” A busload of Haifa retirees from the Milav Social Club Network joined Bar-Meir for a day of site visits across the Western Galilee— a quilting studio in Bustan HaGalil; the Ma’arag Multi-Disciplinary Arts Center for people with disabilities in Kfar Vradim; the Zikit Multicultural Theater Company in Tefen; and the Jara Glass Workshop in the ecological village of Klil. The coordinator of the Milav group, Luba Fleishker, was excited to offer her members such an interesting and affordable outing. “People get tired of seeing the same things over and over,” Fleishker said. “Without JNF and WGN, we wouldn’t have known about any of these wonderful places!”

Shiloah-Galnoor is pleased that the JNF-supported tours succeeded in bringing Milav into the WGN fold. “We’ve been trying to grab their attention for a long time,” she said. “Their location in Haifa, as well as a 6,000-strong membership base, makes them the perfect target audience for many of our activities, especially the seasonal festivals and special events.”

The tour series was also aimed toward engaging with the broader public, offering people from all walks of life a chance to see a little-known part of their country. One successful trip during the winter drew a full busload of people from the Ra’anana area for a tour that included a guided seashore walk, birdwatching, and visits to Galilean artists and cheesemakers. For those participants who don’t have regular access to a car, the trip provided a rare opportunity to escape their urban confines, breathe in the fresh air, and to learn something new. Other tours explored the varied nuances of Israeli society, with stops at the Booza Ice Cream Parlor in Tarshiha, which is run by an Israeli-Muslim and an Israeli-Jew, and Aya Natural Cosmetics, which creates its products based on 500 years of Druze tradition.

The impact of the tours on small businesses in the region has been tremendous. Hasi Naveh is an accomplished textiles artist who welcomes visitors into her quilting studio in Moshav Bustan HaGalil, near the city of Akko. Naveh’s lively explanation of her craft engaged the Milav retirees, who crowded around her to ask questions and to share their own quilting techniques. “It’s not important to me if they buy anything while they are here,” Naveh said. “The point is that now they know I’m here, and later they may come with their families, or sign up for a workshop, or just spread the word. I would never be able to reach all of these people individually, and the beauty of WGN is that what I do has a place in the larger context of what’s happening in the Western Galilee.”

This, according to Shiloah-Galnoor, was the most important outcome of the tours.

“We may not have addressed the long-term economic situation, but—thanks to JNF—we have given these small businesses something immediate and vital. Every time a bus pulls in, it takes the edge off the isolation and gives them hope for the future.”

Over all, WGN’s Tour Series was a win- win initiative: the tours strengthened and promoted Western Galilee businesses, offered Israeli tourists access to unique and interesting content, and provided excellent exposure for the important work JNF does in Israel. Shiloah-Galnoor added, “The slogan for North American supporters reads ‘JNF—Your Voice in Israel,’ but really, I feel like JNF is our voice, the voice of the people of the Western Galilee.”