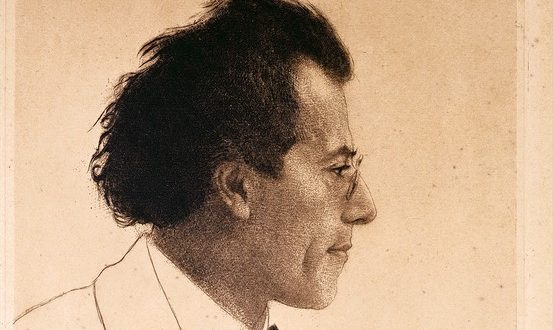 Mahler: The Man, the Composer and the Seventh Symphony

Kathryn Bernheimer April 25, 2016 Arts & Culture Comments Off on Mahler: The Man, the Composer and the Seventh Symphony

Boulder’s MahlerFest, now in its 29th year, is the only week-long celebration of the composer in the country.  In anticipation of this first-class music festival, Menorah presents a talk by Mahler expert Ron Nadel on Wednesday, April 27, 7:00 pm at the Boulder JCC. Tickets are $12 in advance, $15 at the door. FOR RESERVATIONS CLICK HERE. For a full listing of events, visit MAHLERFEST.ORG.

Ron Nadel, a classical music announcer at community radio station KGNU, is involved in Boulder’s musical life, serving as a member of the Board of Directors of the Colorado MahlerFest. Nadel will discuss Mahler’s life and work, with a focus on the Seventh Symphony. The program is designed to provide insight into the composer’s work and to foster and appreciation for this particular master work.

Mahler was born to a Jewish family of modest means. The future composer developed early on a permanent sense of exile, “always an intruder, never welcomed.” As a composer he acted as a bridge between the 19th century Austro-German tradition and the modernism of the early 20th century.

Mahler, who died in 1911 at the age of 51, only achieved worldwide admiration and fame 50 years after his death. It is perhaps ironic that it was a Jew, Leonard Bernstein, who restored him to the pantheon of composers. Many view Mahler’s conversion to Roman Catholicism in 1897 as an act of pure opportunism; indeed Mahler could not have gotten the prized appointment to the Vienna Court Opera as a Jew. According to Mahler biographer Stuart Feder,  has documented that Mahler’s great-grandfather was a kosher slaughterer. Gustav was circumcised according to Jewish law and his father, Bernard, was one of the founders of the synagogue in Iglau. Feder sees definite Jewish influences in Mahler’s work. In the Second Symphony, “The Resurrection,” Mahler uses texts reminiscent of the Yom Kippur prayer Unetaneh tokef in which the decree on Judgment Day is announced by “a still small voice.” Feder refers to it as the Jewish “Dies Irae,” the medieval Latin hymn describing Judgment Day.

A pronounced theme repeated from his early masterworks to the final ”Das Lied von der Erde” — the theme of homeless wandering — is the earmark of the Diaspora Jews and the foundation for the modern Zionism of Mahler’s great Viennese Jewish contemporary, Theodor Herzl. Mahler himself frequently compared himself to Ahasuerus, the Wandering Jew, often tormented by his vision in terrifying nightmares.

Mahler himself joked about the conversion with his Jewish friends, and viewed with bitter amusement the cruel choice forced on him: “either convert to Christianity or forfeit the professional post for which you are supremely destined.”

Kathryn has spent her professional life writing about, teaching, and presenting the arts. Founding Director of the Boulder Jewish Film Festival, Kathryn was Director of Menorah and ACE at the Boulder JCC from 2003 through August, 2019. The former film and theater critic for the Boulder Daily Camera, Kathryn is the author of "The Fifty Greatest Jewish Movies" and "The Fifty Funniest Films of All Time." kathryn.bernheimer@gmail.com
Previous Helen Belle Greschler, z”l
Next 12th Annual JFS Executive Luncheon with Al Pacino Raises Record $842,000