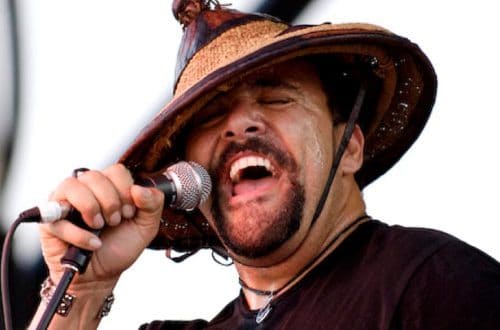 JAMbalaya, a fusion of Zydeco, elegant Classical strings, and Congo Square dancers, will be a special Boulder event for the ages! Join headliner Terrance Simien and master of ceremonies and resident voodoo violinist Gregory T.S. Walker (called an “excellent soloist” by the New York Times), and fall under the spell of New Orleans’ legendary Congo Square. This concert will also give prominence to international performer Maputo Mensah and the CU Boulder African Ensemble – as he takes us on a Ghanaian journey using dance and drumming as a stimulating medium. CU Denver Professor Gregory Walker is the former Concert Master of the Boulder Philharmonic and founder of the NeXt Music Fest.  Also featured are local dancers, Cellist Evan Shelton, a string quartet, strolling musicians, and an afternoon music and culture workshop for all ages. Modern Zydeco sensation Simien last graced Boulder’s eTown stage. Now we get to experience him like never before at the JCC’s newest location – accordion, singing, and all that is Southern Louisiana high-energy entertainment. New Orleans Jazz Fest goers especially won’t want to miss this! And to add to the JAMbalaya experience, guests will have the opportunity to indulge in Cajun festival-style food and beverages before the performance.  Co-produced by Adam Sloat and Westwater Entertainment.

Doors open at 6 pm for a festival-style pre-show event in the lobby featuring strolling musicians, food, and beverages for purchase.

Students $9 in advance at boulderjcc.org | $10 at the door The amalgamation of blues and native Creole music known as Zydeco has become a well-known genre of music that has deep roots in the Bayou of Louisiana. Zydeco music became widespread after World War II, but had been present and evolving since the native French Speaking Creole people began to mix their traditional music (known as La La – they used to host musical house parties known as La La’s) with the modern blues and jazz of the surrounding community. Zydeco music is a product of a music and culture mixture of Southwest Louisiana.

Clifton Chenier is known to be the “King of Zydeco.” He popularized songs such as “Les Haricots Sont Pas Salès”, which translates to “The snap beans aren’t salty.” This title was a common expression speaking to hard times of a musician. Les haricots is pronounced “le zarico”, which then became “le zydeco” and thus named the new genre. Chenier went on to enjoy an extensive thirty year career, touring throughout the world with his band. Although he died in 1987, his songs still permeate through popular culture; his song “My Soul” is frequently covered by the acclaimed Jam band, Phish. Although Chenier is known to be the King of Zydeco, in 1954, before Chenier released Les Haricots, Boozoo Chavis recorded the first modern Zydeco song entitled “Paper in my Shoe.” Soon after, Boozoo Chavis left the industry due to an altercation with a record label and Chenier took the spotlight. Boozoo Chavis would later come back into the industry in the 1980s to ignite a revival of the genre that still is present in music culture today.

The classical instrumentation for this genre of music is centered on the accordion and the rubber-board (made from a domestic washboard), also known as a frottoir, which is made from corrugated metal and worn like a vest. Chenier designed the instrument while he and his brother were working at an oil refinery in Texas. The original Zydeco rubber-board, fabricated by Willie Landry who was a master welder and friend of Chenier, is in a permanent collection at the Smithsonian Institution. The other instrumentation can vary with guitar, bass, Cajun Fiddle, drums and occasionally keyboard and horns.

The genre has been represented by a number of musicians that have become praised throughout the United States as well as the entire world. Artists such as Roy Carrier, Zydeco Force, Terrance Simien, Beau Jocque and Buckwheat Zydeco toured extensively and helped to spread the genre throughout. These artists also pushed the boundaries of this genre to include elements of funk, hip-hop, and rap. In 2007, Zydeco music achieved a separate category in the Grammys; Grammy Award for Best Zydeco or Cajun Music Album.

Tags ACE at the J Boulder JCC music and more

Kathryn has spent her professional life writing about, teaching, and presenting the arts. Founding Director of the Boulder Jewish Film Festival, Kathryn was Director of Menorah and ACE at the Boulder JCC from 2003 through August, 2019. The former film and theater critic for the Boulder Daily Camera, Kathryn is the author of "The Fifty Greatest Jewish Movies" and "The Fifty Funniest Films of All Time." kathryn.bernheimer@gmail.com
Previous Bonai Shalom’s Green Team to Host Breakfast in the Sukkah
Next Weekly Edition: October 14th, 2016