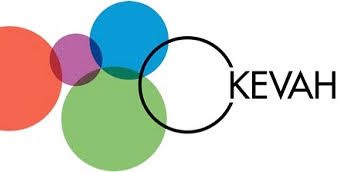 Kevah, a national organization empowering individuals and organizations to build Jewish learning communities, is delighted to announce the appointment of David Green as its new Executive Director. David will be responsible for the organization’s overall management, operations and development. His position starts on January 2, 2017.

“The board and staff are thrilled to welcome David to Kevah,” said Dan Oppenheimer, Kevah’s Board President. “David’s leadership, creativity, energy and commitment to building meaningful, engaging Jewish programs will be assets to our organization,” he added.

Kevah’s founder and Executive Director, Sara Bamberger, is stepping down from her role after successfully launching, sustaining and leading Kevah for the past eight years. “As an entrepreneur, I feel proud to have brought Kevah to this level of growth and stability, and I’m thrilled to welcome someone with David’s experience and enthusiasm for our mission to lead Kevah into the future,” she said.

David brings more than a decade of experience in the Jewish non-profit world, most recently as Director of the Taube Koret Center for Jewish Peoplehood at the Jewish Community Center of San Francisco (JCCSF) where he collaborated with the executive team and Board of Directors to identify a strategic vision for dynamic new education and Jewish programming.

Prior to that, David was the Director of Family Programs and Teacher Training for the Wilshire Boulevard Temple Religious School in Los Angeles, and has also managed education programs for Nesiya, the Jewish Federation of San Gabriel and Pomona Valleys and the Pasadena Jewish Temple and Center. David has produced Jewish videos and apps for children and adult audiences. He earned his B.A. from Occidental College in Los Angeles and continued his studies at the Pardes Institute of Jewish Studies in Israel.

“I’m so excited to lead Kevah, an organization I am deeply passionate about,” said David Green. “I’m honored to build upon the foundation created by Sara Bamberger, and eager to work with the Kevah Board and staff to continue creating compelling Jewish learning experiences for individuals and groups.”

Kevah is a pluralistic Jewish organization whose mission is to empower individuals and organizations to build Jewish learning communities. We enable adults to explore the spiritual and intellectual richness of classical Jewish texts by organizing a national network of home and office-based study groups.