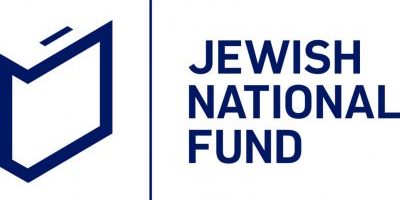 Marina Brodetsky September 22, 2016 News Comments Off on JNF 2016 National Conference in NY Hailed as ‘One of the Most Successful Ever’

1,200 people converged in New York City last weekend at Jewish National Fund’s (JNF) National Conference to hear some of the biggest names in the Jewish world.

JNF CEO Russell F. Robinson said, “This has been the most successful conference we have ever held. In addition to learning many new things from the impressive lineup of special guests we had this year, we engaged new and older donors with a wide range of impressive programming that proved stimulating, inspirational, and reinvigorating, all showing the important work JNF does for the land and people of Israel.”

Rounding off the conference on Sunday, JNF President Jeffrey E. Levine gave a rousing presentation celebrating the many ways JNF’s incredible donors are leaving their mark in support of Israel.

“Together with all of you, we have propelled our organization forward, well on its way to achieving the 10-year, One Billion Dollar Roadmap we introduced just a short few years ago” says Levine. “Today, we are at $410,000,000 and going strong!”

Levine’s address was followed by the stories of several incredible people who have left a mark by leaving their legacy to Israel through JNF’s planned giving opportunities. Their dedication to a stronger and more secure Israel is having an effect on communities all across the country, and the energy and emotion was visibly displayed as attendees instantly shared the moments via social media.

Young Jews are actively joining JNF and getting involved more and more each year. “While elements of conference remind me of a family reunion.” said Civia Caroline, a JNFuture Root Society member from Los Angeles and fourth-year Conference attendee. “It’s inspiring to see how it grows each year, and JNFuture is a part of that. I’m always blown away by the scope of how we help the people of Israel, and it is incredibly motivating to tell the world what we’re doing so that other young people can join with us.”

Also, discussed Sunday were some of the grave issues that Jews today face including security concerns and BDS, as well as the rise in terrorism that affects everyone across the globe. Just hours before, on Saturday night, a bomb that injured 29 people went off 30 blocks south from where the conference took place.

In reminding the audience of JNF’s long history of supporting Israel, Atar delivered a strong and emotionally charged address saying: “It was Theodore Herzl who made the case for the creation of Jewish National Fund and Keren Kayemeth LeIsrael, and without their creation, the State of Israel would not have been. All of you here are the real army of the Jewish people. When we are all unified together, despite our differences, we succeed in elevating the State of Israel to enormous heights.”

Reflecting on his Jewish roots and the anti-Semitism he personally witnessed that encouraged him to get involved in JNF and the World Jewish Congress, Ronald S. Lauder offered, “The days of playing defense are over. The days of the ghetto Jew, the quiet Jew, the timid Jew, are long gone. I can assure you we are not the ghetto Jew any longer. We are not going back. We are strong, proud and we have a nation that we built and are proud of!We have a story and it’s a proud story. Let’s wake up and get involved!”

Participants who attended an afternoon session that featured Hadassah’s President and CEO Janice Weiman, along with Foxman, Hoenlein, Cosgrove, and Robinson, heard equally strong sentiments for standing with the Jewish State and creating a new ‘American Zionism.’ “BDS doesn’t want to help the Palestinian people,” shared Hoenlein. “They want to denigrate and destroy the Israelis and anyone who speaks out for Israel. We cannot allow this age-old denigration to continue. It’s time to stand up and fight.”

For the third year, participants enjoyed the JNF in Israel Expo and met the individuals who are engaged in delivering JNF’s programs and projects. On Sunday evening, guests were treated to an exclusive performance by cast members from the Broadway production of Fiddler on the Roof, and Israeli songs by Cantor Shiree Kidron, at the glamorous After Hours at the JNF Lounge.