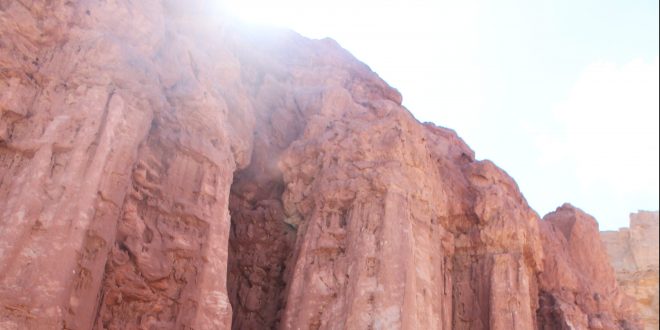 Forgiveness is never easy. It’s even harder if you’re suffering from a debilitating illness.

In 2004 life as I knew it was brought to a halt when I was diagnosed with autoimmune neuromuscular disease.  I went from working at a job I loved, raising 2 children as a single mom in our beautiful new house, to needing a walker to go anywhere, and then a tilt recline wheelchair. Eventually, I became dependent on oxygen 24/7.

So, there I was—a highly educated (2 masters degrees– an MBA and a Masters in Technology) young woman, head-hunted by the best technology companies in the world, to not being able to work, or even take care of myself and my children.

During the next four years my health went from bad to worse.  My doctors told me to get my affairs in order. My daughter, Tiara was turning 13; my son, Colin was not even 2.

My family didn’t understand what was happening. Some even blamed me for getting ill.  My anxiety was overwhelming.

In 2008 I was looking forward to the High Holy days, hoping to find solace. On Yom Kippur I sat in temple listening to the Rabbi at the Temple of the High Country in Boone, NC. talk about atonement and the power of forgiveness. I realized that the person I really needed to forgive was… me.

During the meditation, I thought about my bitterness, guilt, and at times, self-hatred, over my body failing me. Intellectually, I knew it wasn’t my fault. But I realized that until I forgave myself, nothing would change.

In a sermon about forgiveness, Rabbi Aaron Levitt, Judaic Principal at Robert M. Beren Academy in Houston, TX said, “We can’t move forward if we’re still stuck in the past.”

Right after the High Holidays that year, I set out on a journey to become closer to G-d.  When I moved to New York, my family joined Chabad of the Five Towns in Cedarhurst.

I began following a type of holistic healing called the Wahls Protocol, which emphasizes that a nourishing ancestral diet can combat autoimmune disease.  I incorporated prayer, meditation, exercise, yoga, relaxation, mindfulness, sunlight and… socialization. My goal was to reduce my symptoms to as close to zero as possible.

As a recent Baal Teshuva (newly observant), I found that yoga’s focus on the breath helped me find meaning in the spiritual side of Judaism. It also enhanced my understanding and respect of Jewish practices.

But I learned it wasn’t black and white– I am sick and now I am well. Instead there are gradients of wellness. It is a journey of ups and downs that continues today. I also learned that Western Medicine alone doesn’t address chronic and complicated illness.

Over the next seven years my MRI’s and neurological exams became more stable, eventually almost normal. My body was healing from the most debilitating symptoms. I no longer needed oxygen and could walk on my own. By 2015, I was walking 3 to 5 miles a day. At my next exam, my doctor kept looking at me, smiling, looking up to the sky, shaking his head, knowing where I had been. And just this week I was notified by my productivity app, Fitbit that I have walked 500 miles.

During the ten days between Rosh Hashanah and Yom Kippur, we fast and pray in an effort to alter our behavior and seek forgiveness. The dictionary defines forgiveness as giving up resentment against something or someone. We do Teshuva (“return” to G-d) for all those we feel we have wronged.

Forgiveness is at the center of our Yom Kippur prayers, which we recite throughout the day. The steps of forgiveness include awareness of our wrongdoing, communicating remorse, asking forgiveness, fixing what we can, not repeating the misdeed in the future.

This year the High Holy Days began with Rosh Hashanah at sundown on October 2nd. I renewed my vows to forgive myself. I will use the tools to be at peace with my body and stop being held captive by anger.

The High Holy days are a time to be cherished, revered, and honored. It’s a time for peace. It is a period of reconciliation, renewal, and recovery. This year, especially, I hold high hope for the future. Amazing things can happen.

We are reminded as we say Yizkor that “As long as the candle is still burning it is possible to mend.”

They call me "NewsHound IV," because I'm a clever Finnegan, sniffing out stories all over the Boulder area. I love Jewish holidays because the food is GREAT, especially the brisket. Well all the food. I was a rescue pup and glad to be on the scent!
Previous Baruch Dayan Ha’emet: Shari Kark z”l
Next Guardians of the Spirit