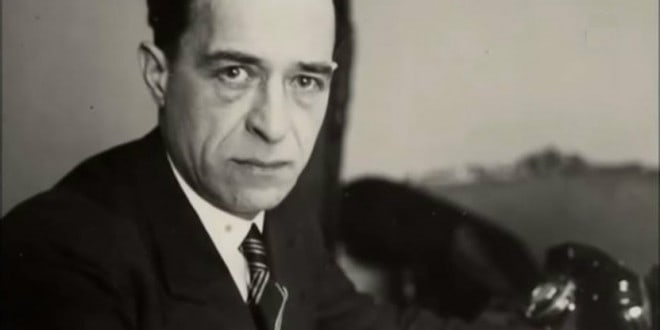 The Man Who Saved the Mona Lisa from the Nazis

Kathryn Bernheimer November 30, 2015 Arts & Culture Comments Off on The Man Who Saved the Mona Lisa from the Nazis Every year, Menorah explores several themes. The history of Nazi plunder of Jewish art has been percolating in the culture the last few years, with the release of “Monuments Men,” “Diplomacy,” and last year’s “The Woman in Gold.” Last year’s headlines exploded with stories of eighty-year old Cornelius Gurlitt, who became an international media superstar on the discovery of over 1,400 artworks in his 1,076 square-foot Munich apartment, valued at around $1.35 billion. It is estimated that the Nazis, who were obsessed with seeking out works of art for a museum Hitler planned to establish, looted some 600,000 works. Most of them have never been returned to their owners, some of whom were murdered in the Nazi death camps, or to their heirs. To this day, lawsuits for the return of these works are being conducted around the world.

During World War II, the Nazis plundered from occupied countries millions of items of incalculable value estimated in the hundreds of millions of dollars. Spearheaded by Hermann Goring, Reichsmarschall of the Third Reich, the looting program quickly created the largest private art collection in the world, exceeding the collections amassed by the Metropolitan in New York, the British Museum in London, the Louvre in Paris and the Tretiakov Gallery in Moscow. By the end of the war, the Nazis had stolen roughly one-fifth of the entire art treasures of the world.

The Lunch and Learn on Thursday, December 10th will feature a screening of the new one-hour documentary, “The Man Who Saved the Louvre,” which just won the Emmy Award 2015 in the Arts Programming.

Award-winning French film director and investigative journalist Pierre Pochart became captivated by one story of victory over Hitler’s greed for art. At the dawn of WW II, Jacques Jaujard, the director of the Louvre, led an underground operation to move many of the museum’s masterpieces into hiding. In August 1939, this secret and extraordinary rescue mission began, conducted just like a military operation. Hundreds of workers and volunteers took part, all commanded by one man who was acting on his own initiative, without orders from his superiors.

On August 25, a few days before the Germans invaded Poland, Jaujard ordered the closure of the museum for three days, officially for repair work. On the first night, 800 of the most important works of art were removed from the walls, among them Leonardo da Vinci’s iconic “Mona Lisa.” In the following days, some 4,000 works were packed up and loaded onto a fleet of vehicles, including hundreds of trucks, ambulances, private cars and taxis.

Jaujard takes his due as an unsung hero of the Holocaust in “The Man Who Saved the Louvre,” formerly titled “Illustrious Yet Unknown” (Illustre et Inconnu). Combining his knowledge of the system with a passion for art and incredible audacity, he pulled off one of largest art “heists” in modern history, right under the nose of the Nazis.

Kathryn has spent her professional life writing about, teaching, and presenting the arts. Founding Director of the Boulder Jewish Film Festival, Kathryn was Director of Menorah and ACE at the Boulder JCC from 2003 through August, 2019. The former film and theater critic for the Boulder Daily Camera, Kathryn is the author of "The Fifty Greatest Jewish Movies" and "The Fifty Funniest Films of All Time." kathryn.bernheimer@gmail.com
Previous Week in Review: November 27th, 2015
Next JNF To Match Gifts on Giving Tuesday