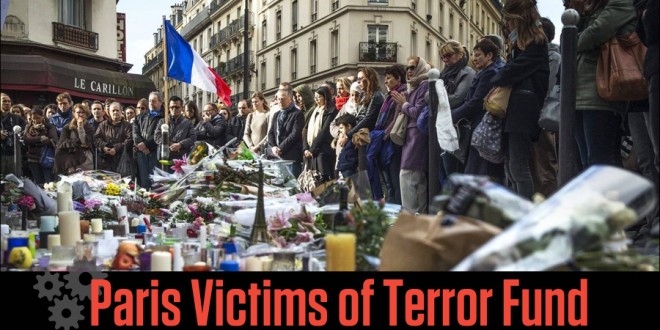 Denver, Colorado—November 16, 2015—Last Friday we witnessed reports of terror happening in Paris, France. Over 120 people were murdered by ISIS extremists in eight coordinated locations around the city. By the dawn of Saturday, France had faced its most deadly assault since the Second World War.

Violent attacks on innocent civilians will always be denounced by JEWISHcolorado. We stand in solidarity with the people of France. We condemn these attacks in the strongest possible way and support French President François Hollande in seeking justice for the victims.

Religious leaders of all faiths and politicians around the world are condemning the attacks. Muslim leaders said these attacks do not represent their faith. The radical Islamic Jihadists only represent themselves. Their ideology is a skewed view of Islam’s religious doctrine.

Sadly, Friday’s events are part of a much bigger trend of continued acts of violence and terror against innocent people.

For now, the focus must be on mourning the victims, comforting their families, aiding the injured, and calming the public. While the authorities put together the pieces of exactly what happened, we join with those affected directly and indirectly.

Please consider making a gift to support our Paris Victims of Terror Fund.

This fund will provide aid and ease recovery for terror victims with direct financial assistance, complementing governmental relief. 100% of all collected donations will directly support those in need, with JEWISHcolorado covering all administrative costs.

The Jewish community of Colorado routinely shows that acts of love and kindness far out number the acts of terrorism in our world. Today we do that again.

Joseph Dubroff is the Director for External Affairs for JEWISHcolorado. JEWISHcolorado provides a pathway for Coloradans to connect with their Jewish identity and values. We offer diverse, creative and inviting opportunities to embrace all Jews at every age and stage in life. Since 1946, JEWISHcolorado has offered programs and services to unite with the people of Israel and ensure a thriving and lasting Jewish community in Colorado. For more information, visit www.JEWISHcolorado.org.
Previous Save the Date: Report on SIPP’s Mission to Israel/West Bank
Next A Shabbat Nugget: Parashat Vayetzei