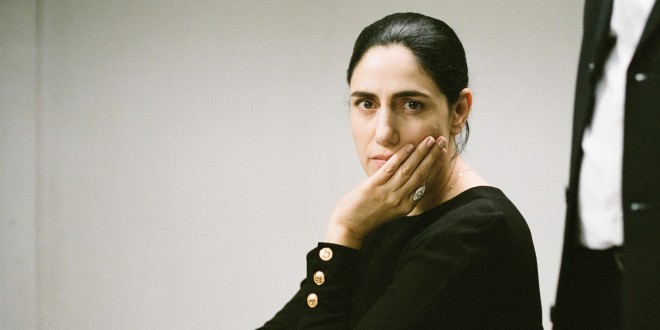 Gett Thee to the Boe for a Feminist Knockout

Kathryn Bernheimer May 4, 2015 Arts & Culture Comments Off on Gett Thee to the Boe for a Feminist Knockout

In Israel there is neither civil marriage nor civil divorce; only rabbis can legalize a marriage or its dissolution, which is only possible with the husband’s full consent.

The plight of women whose husbands deny them a gett, thereby depriving them of the ability to remarry, is brought into dramatic close-up in “Gett: The Trial of Viviane Amsalem.” The Boedecker Theater screens the film May 5-8, with a talkback by Kathryn Bernheimer at Wednesday’s 7:00 pm screening. Click here to purchase tickets.

Ronit Elkabetz, an acclaimed Israeli actress, stars in this provocative drama, which she wrote with her brother Shlomi. In their latest film, she plays an embattled housewife who is seeking a divorce from Elisha, who entangles her in a long courtroom battle.

Nominated for the Best Foreign Film at the Golden Globes, the film has been greeted enthusiastically by the public and the press.

The New York Times review is worth a read.

“Quivers with tension, impatience, comic heat, and, beneath it all, an irrepressible rage…Ronit Elkabetz, in her ability to compel and hold the eye, has few rivals” – Anthony Lane, The New Yorker

“Rarely does a film integrate a social and political message within a forceful drama as masterfully asGett.” – Christopher Silvester, Newsweek

Kathryn has spent her professional life writing about, teaching, and presenting the arts. Founding Director of the Boulder Jewish Film Festival, Kathryn was Director of Menorah and ACE at the Boulder JCC from 2003 through August, 2019. The former film and theater critic for the Boulder Daily Camera, Kathryn is the author of "The Fifty Greatest Jewish Movies" and "The Fifty Funniest Films of All Time." kathryn.bernheimer@gmail.com
Previous Adult Child Caregiver Support Group Next Meets May 14
Next Can Your Dog Dance to Hava Negila on Lag b’Omer?