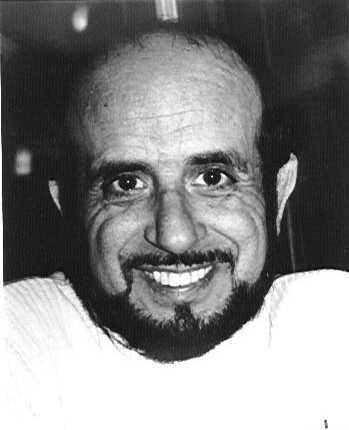 You are invited to join Bonai Shalom’s First Friday event featuring Samuel Avital: Mime, Bodyspeak, and Kabbalah. This event begins with 6:00 pm services, 7:00 pm dinner, and 8:00 pm discussion with Samuel Avital. You may bring your own kosher wine as well. The cost is $18 for non members, and $15 for Bonai members. We ask that you please RSVP here or email office@bonaishalom.org.

Drawing on the past 40 years of teaching in Israel, Paris, New York and Boulder, Samuel Avital will share his insights and unique practices of Kabbalah Through Movement. The intersection of Mime- wordless expression, Kabbalah – the hidden teachings in Judaism of the divine, and a Body centered approach to life, this evening is sure to enlighten and entertain.

Samuel Ben-Or Avital was born in the small village of Sefrou, near Fez, in the Atlas Mountains of Morocco. He was educated in the home of a simple and remarkable family, which traces its lineage to 15th Century Spain and before, carrying from father to son in an unbroken line, in the Sephardic tradition, the ancient, beautiful and practical wisdom of the Hebrew Science of the Kabbalah, which has been called the sacred work of soul engineering.

In 1971, Samuel founded Le Centre du Silence Mime School in Boulder, Colorado, USA. As an artist, performer, teacher, mentor, creative consultant, coach, and author, his peers and students praise him for his innovative approach to personal and professional creativity. He has studied mime, dance and theatre in Paris, France with Etienne Decroux and Marcel Marceau. He toured solo in Scandinavia, Europe, North and South America, before settling in Boulder, Colorado in 1971. He continues to perform and teach extensively, holding workshops on Mime and kinesthetic expression, as well as teaching privately.

In 1949 he immigrated to Israel, in 1958 he traveled to Paris to study with the Masters of Mime, Etienne Decroux and Marcel Marceau. In 1964 he came to the USA. In 1971 he founded Le Centre du Silence Mime School in Boulder, Colorado, where he holds International Summer Mime Workshops, weekend workshops, public talks and private teaching consultations about the BodySpeak  method of bodywork he developed over the years.