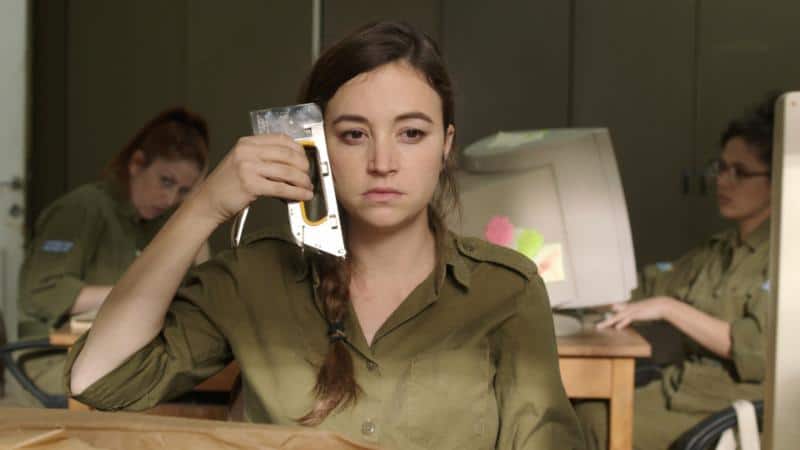 Photo still from the comedy Zero Motivation, which will be screened on Sunday, Feb. 15

The success of Denver’s large and well-attended festival is testament to the growth of Jewish films across the country and around the world. These cultural events have proven to be highly effective in engaging the community and in providing meaningful  insights into the Jewish experience. They serve a double function, building community while serving as powerful educational vehicles.

As the curator of the Boulder Jewish Film Festival, I pay close attention to the selections made by Denver, as well as dozens of other premiere festivals. Most Jewish festivals use a selection committee to determine what films will be shown. This practice makes sure key community members are engaged and that they will help to market their festival. In Boulder, we work more like non-Jewish festivals that are staff-driven, with highly qualified programmers making the film selections.

I personally stand behind each film, which I select with an eye for not only quality but variety. Because we are one of the only film festivals of any kind in the world to feature in-depth discussion after each screening, I look for provocative movies that lend themselves to conversation.

This year, there are five films that are being shown at both festivals. All are excellent, and deal with subjects that are aligned with current trends in the culture.

Also on Denver’s schedule is “Sturgeon Queens,” which we showed last year.

There are also a number of titles which I seriously considered but which for a variety of reasons did not make the final cut. For example, Israel’s highly acclaimed “Zero Motivation” left me with a sour taste. It might be worth a trip to Denver to decide for yourself, since my cohort at the Boe, Glenn Webb was also underwhelmed and it is not likely to play in Boulder.

Other worthy but not exceptional  films on Denver’s roster include “God’s Slave,” “Magic Men,” “The Art Dealer,” and “Under the Same Sun.”

Another unique aspect of the Boulder and Denver film festivals is that we do not consider ourselves competition. In fact, while most festivals ask for exclusive rights to show a film within their state or geographic area, we impose no such restrictions. If we show some of the same films, it only substantiates their merit.

We encourage you to check out the Denver Jewish Film Festival. And we look forward to seeing you at the Dairy next month.

Kathryn has spent her professional life writing about, teaching, and presenting the arts. Founding Director of the Boulder Jewish Film Festival, Kathryn was Director of Menorah and ACE at the Boulder JCC from 2003 through August, 2019. The former film and theater critic for the Boulder Daily Camera, Kathryn is the author of "The Fifty Greatest Jewish Movies" and "The Fifty Funniest Films of All Time." kathryn.bernheimer@gmail.com
Previous It’s Tu B’shvat Today, Why Don’t You Pick Up a Date?
Next Renowned Author to Speak at Boulder County Center for Judaism