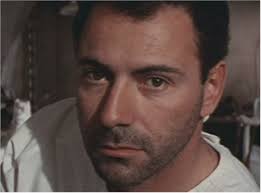 That’s a whole lot of movies to see in six weeks.

Let me offer some advice about several BIFF films that are of special interest to Jewish audiences. Out of pure self-interest, let me start with BIFF’s screening of “Mr. Kaplan,” which I will introduce.

This year’s entry in the Academy Awards from Uruguay also happens to be the closing night film for the Washington, DC, Jewish Film Festival, which starts Feb. 29. I viewed it as part of my selection process, and found the story of an elderly Jewish man convinced he’s discovered a wanted Nazi criminal to be very engaging, a dark comedy that flirts with provocative ideas.

To view the trailer: https://www.youtube.com/watch?v=xHVNUYy7y5w

Sunday, March 8 at 3 pm in the Boulder Public Library I personally recommended this film to Ruth Wight, BIFF’s Educational Outreach Director, and am delighted it’s been selected for teen audiences and their families – although in truth it is for all ages. We showed it as a work in progress last year with directors Marcia Jarmel (from Boulder) and her husband Ken Schneider. This very moving documentary is about the filmmakers’ son, whose ambitious Bar Mitzvah project involves bringing baseball equipment to Cuba, where his grandfather took refuge during the Holocaust.

Friday, March 6 at noon in the Boulder Theater When I saw this film at Telluride, it was titled “Dancing Arabs,” based on the novel of the same title. Strangely, it is being shown in Washington under its original title. Whatever you call it, this is an exceptional film and I tried everything to get it for my festival, including tracking down the noted Israeli director Eran Riklis on FB – to no avail. If you only see one BIFF film, this is it. Co-created by an Israeli and a Palestinian, it is compassionate, fair-minded and beautifully filmed. It also serves as a nice companion piece to “Bethlehem,” which we screen March 18. Shown at DJFF, this Israeli seriocomic look at lives of a group of young, alienated women in the IDF has won numerous festival awards and was a huge hit in Israel. Perhaps it’s a generational thing, but I did not love it, although I recommend seeing it for yourself. And check out our Israeli comedy, “Cupcakes,” March 17. Also, we take a look at the IDF in April with a screening of “Beneath the Helmet” in commemoration of Yom Hazikaron.

This drama about seniors and euthanasia in Israel is also on Washington’s schedule. I have not seen it, but is has proven popular on the festival circuit.

Saturday, March 7 at 10 am in First Presbyterian Church

A complete unknown to me, this brand-new feature documentary chronicles the attempted takeover of a small town in North Dakota by notorious white supremacist Craig Cobb.

An Evening with Alan Arkin

Saturday, March 7 at 7:30 in the Boulder Theater Last, but far from least, is this tribute to one of America’s most versatile and under-rated Jewish actors. I’ve loved him since the late ‘60s: “The Russians Are Coming, The Russians Are Coming,” “Catch 22,” “Wait Until Dark,” and “The Heart is a Lonely Hunter.” Younger viewers know him from “Little Miss Sunshine” and “Argo.” He has frequently played Jewish characters, most notably in “Jakob the Liar,” “Glengarry Glen Ross,” and “Escape from Sobibor.”

I’ve never seen him give anything less than a brilliant performance and am looking forward to hearing him in person and seeing the presentation. “Above and Beyond,” our centerpiece, March 19

WJFF’s centerpiece evening is “Theodore Bikel: In the Shoes of Shalom Aleichem,” March 17

Kathryn has spent her professional life writing about, teaching, and presenting the arts. Founding Director of the Boulder Jewish Film Festival, Kathryn was Director of Menorah and ACE at the Boulder JCC from 2003 through August, 2019. The former film and theater critic for the Boulder Daily Camera, Kathryn is the author of "The Fifty Greatest Jewish Movies" and "The Fifty Funniest Films of All Time." kathryn.bernheimer@gmail.com
Previous Boulder JFS Adult Child Caregiver Support Group Meets This Week
Next Baruch Dayan Ha’emet: Barry Rosenfeld z”l (update)