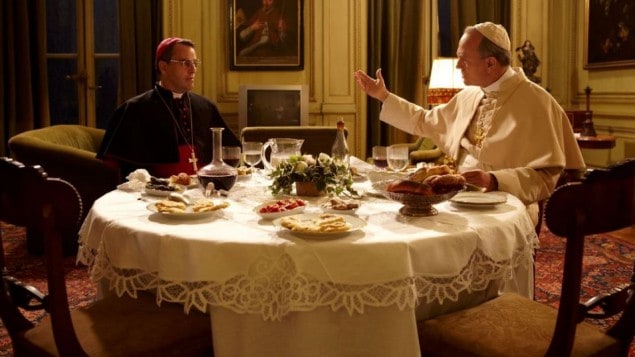 Two screenings of the Boulder Jewish Film Festival Sponsored by the Millstone Evans Group of Raymond James have already sold out. In response, two additional screenings have been added.

The Saturday night screening of “When Comedy Went To School” is sold out, however, there are still a few tickets to the screening at 2:00 pm Sunday, back-to-back with “Quality Balls: David Steinberg,” – making a hilarious double feature.
There will now be a third “Comedy” screening on Monday, March 3 at 4:00 pm, prior to the Czech film noir thriller, “In the Shadow,” at 6:30 pm.

Also, “The Jewish Cardinal,” which was the Denver Jewish Film Festival’s opening night film, has sold out its Thursday, March 6 screening. We have added a screening on Friday March 7 at 1:30 pm, prior to the 4:00 pm “Natan.” Both films deal with famous French figures. Spend the afternoon before Shabbat in the company of these two luminaries.

In other festival not to be missed news: The Denver Middle Eastern band Zuruna will be playing in the Dairy lobby following the closing night Israeli crowd-pleaser, “Ballad of the Weeping Spring.”

Also: The question I am most often asked is which film I think is a must-see. “Aftermath” knocked my socks off at the Jerusalem Film Festival, so I booked it into the large 250-seat Performance Hall on Wednesday, March 5 at 7:00 pm so it wouldn’t sell out. Do yourself a favor and see it.

Of course I am so excited to have Jason Hutt in person for opening night. “Sukkah City” may be the most Jewish and joyous film in the festival. More on Hutt later.

Kathryn has spent her professional life writing about, teaching, and presenting the arts. Founding Director of the Boulder Jewish Film Festival, Kathryn was Director of Menorah and ACE at the Boulder JCC from 2003 through August, 2019. The former film and theater critic for the Boulder Daily Camera, Kathryn is the author of "The Fifty Greatest Jewish Movies" and "The Fifty Funniest Films of All Time." kathryn.bernheimer@gmail.com
Previous Week in Review: February 7th, 2014
Next (More Than) Four Questions About Rabbi Korngold’s New Books