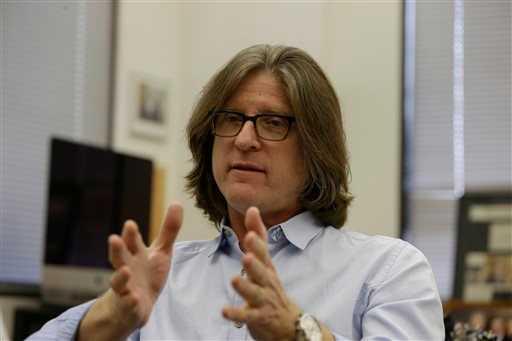 The third annual Boulder Jewish Film Festival is six month away, but films are already being selected and the program already features two filmmaker in-person appearances. This year’s dates are March 14-22, with three screenings at the Dairy Center’s Performance Space and the remaining dozen-plus films at the Boedecker Theater.

Producer Nancy Spielberg (yes, sister of Steven), will appear with her stirring new film, “Above and Beyond.” The film is the first documentary to detail the largely unknown story of the Word War II pilots who volunteered in Israel’s War of Independence. Her appearance is made possible by the Lichter Foundation, created by George Lichter, who is featured in the film. A good friend of the Jewish community, George died at 92 last summer, but his family is hosting the filmmaker event in his memory.

George not only fought in the skies to help Israel win its fight for survival, but also trained a new generation of Israeli pilots who went on to form the Israeli Air Force. The festival’s Centerpiece Event, Thursday March 19, will be an opportunity for his many friends to remember this generous, feisty man who regularly attended Menorah events – and always had something to say.

The tribute to Trank will include screenings and discussions of several of his previous films on topics such as Winston Churchill, Simon Wiesenthal, Theodor Herzl, and Peter Bergson, who tirelessly fought to save the Jews of Europe during the Holocaust. Trank’s “The Long Way Home” depicted the plight of Jews left with nowhere to go when the camps were liberated, and won the best documentary Oscar in 1997.

Sophie Tucker will make a posthumous appearance in a documentary paying tribute to this legendary singer and unparalleled star of her day.

Among the festival’s many feature films, several subjects stand out. The French “24 Days” tells the shocking true story of Ilan Halimi, kidnapped and murdered in the first wave of anti-Semitism now sweeping France. Another dramatization of a true story, “Run Boy Run” follows a young boy who escapes the Warsaw Ghetto to take his chances in the brutal Polish countryside. Also, “The Dove Flyer” tells a personal story behind the expulsion of Iraqi Jews in 1950-51.

Of course, look for comedies, Israeli films of all kinds, and more tributes to popular culture and Jewish history. Hint: For all you fans who attended four sold-out screenings of “When Comedy Went to School:” You haven’t seen the last of the Catskills.

Kathryn has spent her professional life writing about, teaching, and presenting the arts. Founding Director of the Boulder Jewish Film Festival, Kathryn was Director of Menorah and ACE at the Boulder JCC from 2003 through August, 2019. The former film and theater critic for the Boulder Daily Camera, Kathryn is the author of "The Fifty Greatest Jewish Movies" and "The Fifty Funniest Films of All Time." kathryn.bernheimer@gmail.com
Previous Gratitude to G-d and Brotherly Love
Next Celebrating Rosh Hashanah as a Young Adult Jew