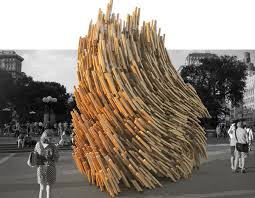 Nothing But the “Best” for Boulder Jewish Film Festival

Kathryn Bernheimer March 1, 2014 Arts & Culture Comments Off on Nothing But the “Best” for Boulder Jewish Film Festival

In December of 2013, Laurie Baron published an article in the San Diego Jewish World, titled The Top 10 Jewish Movies of 2013.

Our opening night film, “Sukkah City,” was on the list. Also on the list: The Gatekeepers, The Attack, and Lore, all of which we already showed at the Boe as well.

My only disagreement is his 10th pick, Hannah Arendt, which I viewed and decided was a bit stiff, albeit interesting.

For tickets to the Boulder Jewish Film Festival Sponsored by the Millstone Evans Group of Raymond James, click here.

Kathryn has spent her professional life writing about, teaching, and presenting the arts. Founding Director of the Boulder Jewish Film Festival, Kathryn was Director of Menorah and ACE at the Boulder JCC from 2003 through August, 2019. The former film and theater critic for the Boulder Daily Camera, Kathryn is the author of "The Fifty Greatest Jewish Movies" and "The Fifty Funniest Films of All Time." kathryn.bernheimer@gmail.com
Previous Week in Review: February 28th, 2014
Next Chabad Invites Community to Groundbreaking