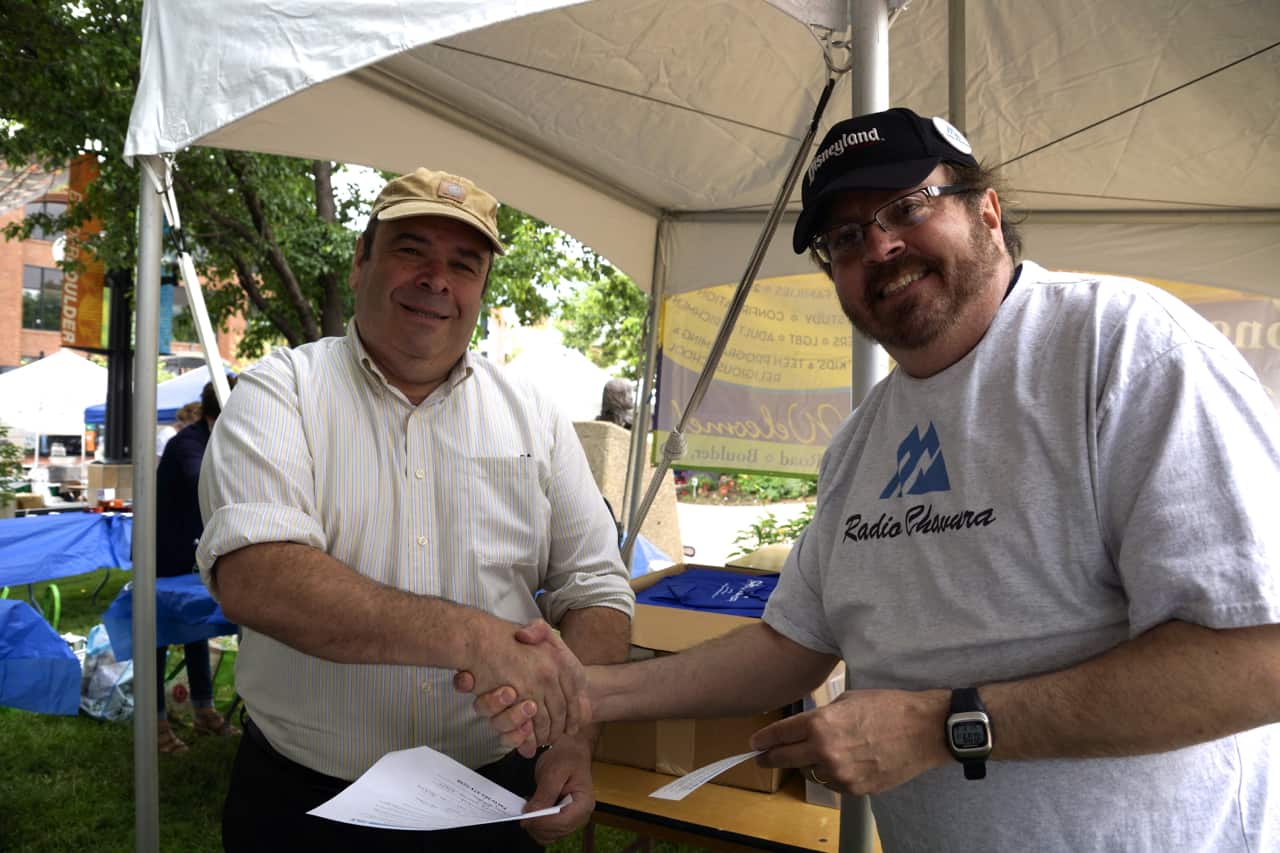 The Radio Chavura Magazine, a new free publication targeted at Colorado’s vibrant, growing Jewish community, will make its debut in late August – one month ahead of this year’s High Holidays.

The new publication, which was officially unveiled yesterday during the Boulder Jewish Festival, will be available throughout Boulder, Metro Denver, Northern Colorado, Colorado Springs, Vail and Aspen.

Our goal is to reach our readers where they shop, eat, learn, live, play, pray and care for themselves,” explains Maxwell Rotbart, host of Radio Chavura and co-editor of the new publication.

To increase the interactive nature of The Radio Chavura magazine and cater to younger families and readers who now get most of their news and feature content from smartphones, tablets and computers, the magazine will make use of QR codes and other digital media tie-ins.

For example, by quickly scanning their smart phone over a QR code embedded in a feature story, readers of The Radio Chavura magazine will not only be able to view the article, they’ll be able to hear an interview with the story subject and enjoy a full photo essay.

The High Holiday edition of The Radio Chavura magazine will include features on popular topics, incorporating a uniquely Rocky Mountain Jewish flair.  Among sections in the inaugural issue will be: Home and Garden; the Arts; Personal Finance; Education; Sports and Youth.

Photography will be provided by Avital Rotbart, who regularly captures local Jewish events and celebrations.  See her photo essays here.

“As we do each week on Radio Chavura, in the magazine we will celebrate the Colorado Jewish community and its many inspirational personalities,” promises Rotbart.

The Radio Chavura Magazine is intended to compliment other long-established bulletins, newsletters, websites and publications that target Jewish residents.

Colorado is especially blessed to enjoy the benefits of an award-winning weekly Jewish newspaper, The Intermountain Jewish News, which has kept our community informed and connected for more than a century,” says Rotbart.  “Our goal is to replicate the type of dedication and journalism excellence represented by the IJN in a unique, giveaway magazine, that will appeal broadly to Jewish readers.”

To encourage those businesses and organizations that would like to reach the broader Jewish community to participate in the inaugural edition of The Radio Chavura Magazine, special discounted advertising rates are available to sponsors through Friday, June 20th.

Media kits may be obtained from RadioChavura@gmail.com or by phoning 1-855-JEWISH-4 (539-4744).  Merchants, professional practices and Jewish organizations that would like to distribute The Radio Chavura Magazine for free may request bulk delivery of the magazine from the same email address and phone.

Radio Chavura, which began broadcasting its show on 990 KRKS AM in July 2012, is now heard worldwide as a weekly audio at www.chavura.com, as well as on the iTunes store.  Recording studios for the program are hosted by The Jewish Experience, located at 399 S. Monaco Parkway in Denver.

Dean Rotbart, a Pulitzer Prize nominated former columnist and editor at The Wall Street Journal, is co-host of Radio Chavura, a weekly program focused on Colorado's vibrant Jewish community. The show is co-hosted by Dean's son, Maxwell, a recent graduate of Metropolitan State University of Denver. Radio Chavura can be streamed from www.Chavura.com or downloaded from the iTunes store.
Previous 2014 Boulder Jewish Wet-stival A Success
Next Prayers for Reb Zalman