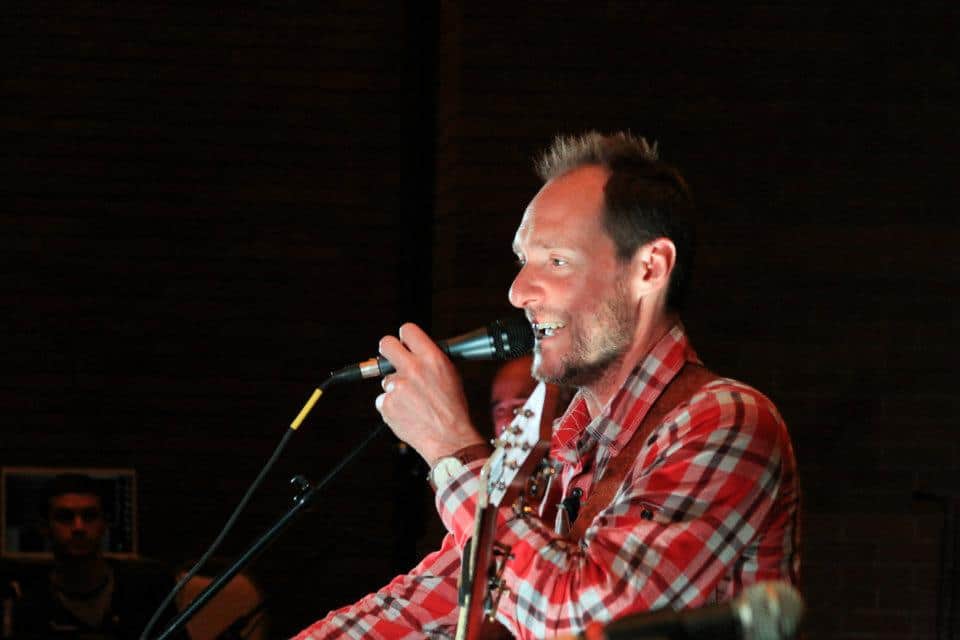 Music, Sukkot and the South Come Together on Film

Kathryn Bernheimer October 5, 2014 Arts & Culture Comments Off on Music, Sukkot and the South Come Together on Film

A few years ago, Dan Nichols, a tour de force of modern Jewish music, decided to spend Sukkot on an inspirational journey through the Deep South. The transformative tour was recorded on camera, and the film documenting the collision of music, Sukkot and the South has just been released.

Menorah will host two special screenings of “Road to Eden – Rock and Roll Sukkot” on Sunday, Oct. 12 at the Boedecker Theatre in the Dairy Center for the Performing Arts.

The screenings, at 4:00 pm and 7:00 pm, serve a double purpose. The film showings are both a community Sukkot celebration and a part of  Menorah’s fall series exploring the rich history of the Jews of the American South, which culminates with “Shalom Y’all: Food, Film and Concert,” on October 19. The evening features a concert by Southern Journey, interesting Jewish twists on Southern cuisine and a short documentary. “Road to Eden – Rock and Roll Sukkot” recounts how Dan and his band Eighteen loaded into an RV and took their show on the road, as each day of Sukkot brought a new town, a unique celebration, and uplifting, sometimes heartbreaking Sukkot story. This music-filled film encapsulates Sukkot’s profound teachings about our connection to the earth, the fragility of existence, and our dream of a world perfected. Gary Brandt, the new director of the Boulder Jewish Teen Initiative, took part in 10 of the 12 shows on that memorable tour. Brandt will discuss his experience and lead a conversation following both screenings. The community Sukkot gathering is co-sponsored by Hazon. For tickets click here.

Since releasing his debut album “Life” to great acclaim in 1996, Dan Nichols has become one of the most popular and influential Jewish musicians in North America, performing over 200 concerts a year. His music has become an important part of the Reform Jewish movement, with synagogue youth and clergy alike incorporating it into their services, programming, and curriculum.

Dan’s involvement as part of the faculty at Hava Nashira, his appearances at the National Association of Temple Youth (NFTY) National Convention, and his many summers visiting Jewish camps across North America have brought him a loyal and growing legion of fans. Songs like “L’takein (The Na Na Song),” “B’tzelem Elohim,” “Kehilah Kedoshah,” and “My Heart is in the East” are some of the most popular songs in Reform Judaism today.

Dan’s deep commitment to Jewish music has its roots in his years as a camper and song-leader at the URJ Goldman Union Camp Institute in Zionsville, Indiana. He has remained engaged in the Jewish musical world through his work as a cantorial soloist at congregations in Nashville, TN and Raleigh, NC, where he now lives. Dan has long had his hand on the pulse of modern rock music as well, fronting bands that have performed with Hootie and the Blowfish, Ben Folds Five, and others.

Kathryn has spent her professional life writing about, teaching, and presenting the arts. Founding Director of the Boulder Jewish Film Festival, Kathryn was Director of Menorah and ACE at the Boulder JCC from 2003 through August, 2019. The former film and theater critic for the Boulder Daily Camera, Kathryn is the author of "The Fifty Greatest Jewish Movies" and "The Fifty Funniest Films of All Time." kathryn.bernheimer@gmail.com
Previous Samuel Wallis Bar Mitzvah
Next 2014 JCRC Candidates’ Forum Is This Week