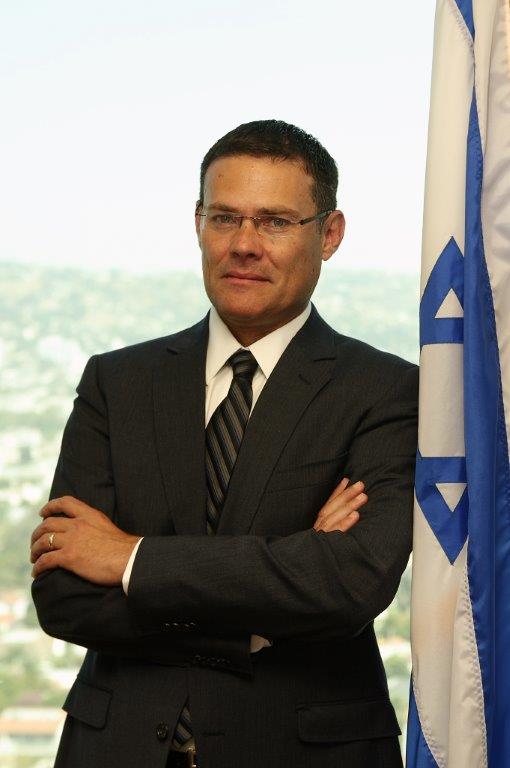 DENVER, Colorado – (October 29, 2014)— JEWISHcolorado, (formerly known as Allied Jewish Federation of Colorado) announced that David Siegel, Israeli Consul General, will be the keynote speaker at The Men’s Event on November 12, 2014 at Wings Over The Rockies Air and Space Museum. The Men’s Event is the largest annual gathering of Jewish men west of the Mississippi, drawing more than 1,200 participants each year.

This is a critical time for Consul General Siegel to speak to our community especially following the conflict with Hamas in Gaza last summer,” said Doug Seserman, JEWISHcolorado’s President and CEO. e were grateful to have had the Consul General address our community via teleconference during Operation Protective Edge. We are privileged to have him share his expertise with us, in person at our Men’s Event,” continued Seserman.

David Siegel has become one of the most sought after voices representing the State of Israel. Prior to his current post, he was Chief of Staff to Israel’s Deputy Minister of Foreign Affairs and was intimately involved in formulating policy at Israel’s most senior levels. He was also deeply involved in policy coordination with the U.S. State Department, the National Security Council and the White House. David Siegel is a graduate from the Fletcher School of Law and Diplomacy in Boston and a former Commander in the Israel Defense Forces (IDF).

Founded in 1946, JEWISHcolorado, formerly known as Allied Jewish Federation of Colorado, is the umbrella community organization inspired by the collective responsibility to build and sustain Jewish life in Colorado, Israel, and around the world.  Its mission is to secure, steward, and share philanthropic and human resources in support of vibrant Jewish life and to mobilize the community in times of need.  JEWISHcolorado is a proud member of the Jewish Federations of North America, which is among the top ten charities on the continent working together to protect and enhance the well-being of Jews worldwide. JEWISHcolorado raises and distributes funds in support of a wide variety of programs and partner organizations both locally and globally.  Last year, JEWISHcolorado’s Annual Campaign raised $10.7 million and the Endowment and Planned Giving arm houses more than $50 million in long term assets for individuals, agencies and synagogues in the community.  For more information, visit www.JEWISHcolorado.org

Joseph Dubroff is the Director for External Affairs for JEWISHcolorado. JEWISHcolorado provides a pathway for Coloradans to connect with their Jewish identity and values. We offer diverse, creative and inviting opportunities to embrace all Jews at every age and stage in life. Since 1946, JEWISHcolorado has offered programs and services to unite with the people of Israel and ensure a thriving and lasting Jewish community in Colorado. For more information, visit www.JEWISHcolorado.org.
Previous Boulder JFS Seeks Friendly Visitors for East Boulder County
Next Reel Hope Boulder Guests Get Inside Look Into Hollywood