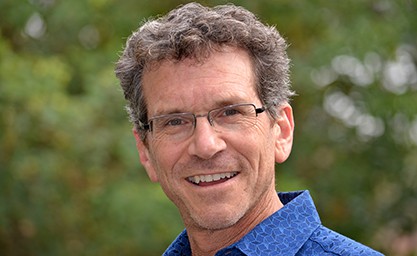 Rabbi Benjy Brackman November 13, 2014 Arts & Culture Comments Off on A Shrek of a Trek – the Wild Path to Success of a Hollywood Screenwriter

The talk entitled “A Shrek of a Trek” is the story of a wild path to success and sanity of a Hollywood Screenwriter. Weiss’s story is a hilarious and inspiring adventure of a nice Jewish boy who spent years as a charismatic church youth worker before returning to his Jewish roots… via a blockbuster writing career.

When you find yourself under a chupah (wedding canopy) in a Presbyterian Church being married by a Jews for Jesus rabbi, you know something has to give.”

This event is open to people of all faiths and backgrounds. Tickets are $15 and are available by calling 720-984-5805, or at www.COJewish.com

Weiss also co-wrote “Clockstoppers,” “Are We There Yet?” and Academy Award-nominated “Jimmy Neutron: Boy Genius.” He was nominated for an Emmy as co-head writer for the “Rugrats” series and has various other film and TV credits, including the MGM classic “All Dogs Go to Heaven.”

Having directed several award-winning shorts, Weiss has also written three children’s books, is a member of the Motion Picture Academy, and former vice president of the Writers Guild of America.

He lives in Los Angeles with his wife, Eliana, and two children, plus two cats, two birds, a tortoise and Sandy the dog. On the side, he enjoys traveling the world to teach and lecture on writing and religion. Benjy Brackman is the Rabbi/Executive Director of Chabad of NW Metro Denver in Westminster, Colorado.
Previous Get Your $400 Scholarship to the Hazon Food Conference
Next Week in Review: November 14th, 2014