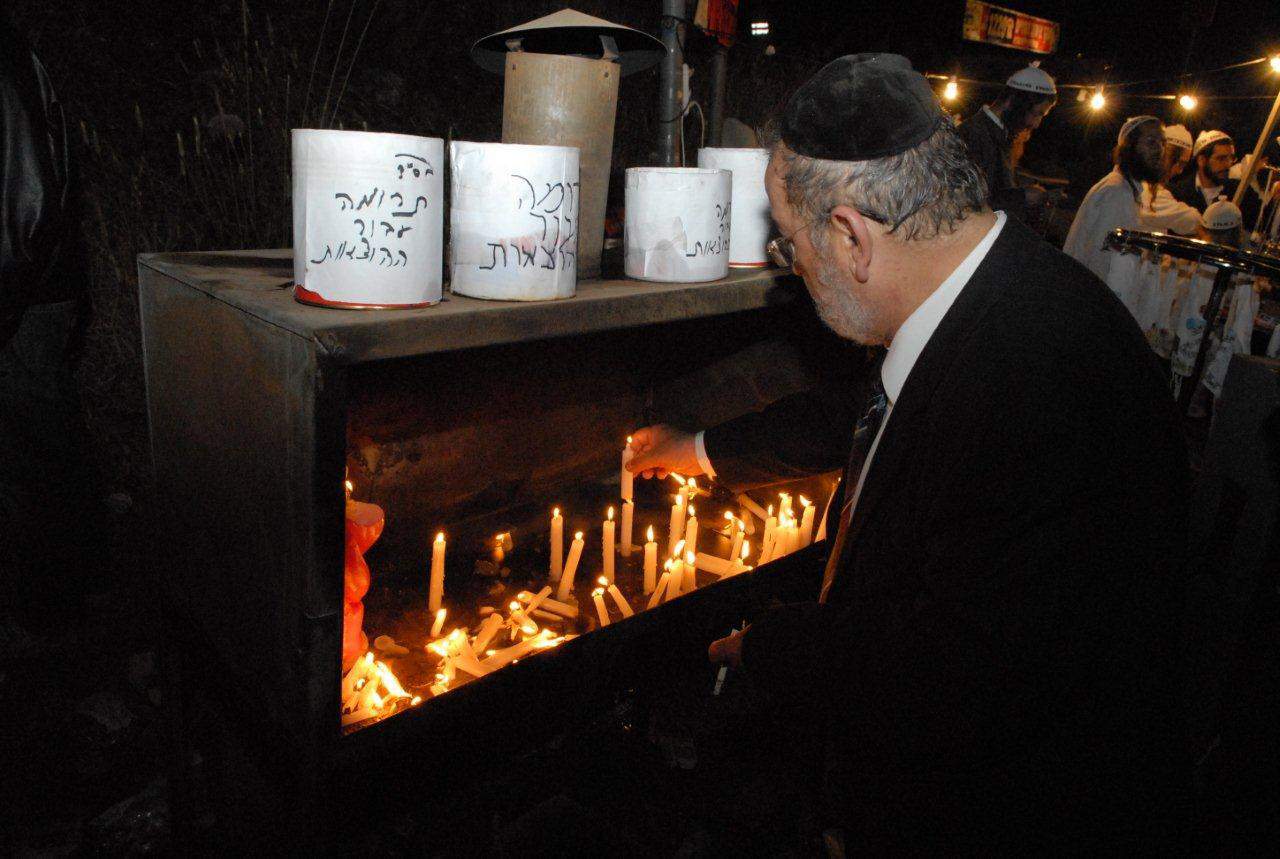 Israel Braces For ‘Tsunami’ of Miracles

Staff April 21, 2013 Holidays Comments Off on Israel Braces For ‘Tsunami’ of Miracles (SAFED-April 15, 2013)- When Israel’s first Prime Minister David Ben Gurion wryly observed that “In Israel in order to be a realist you must believe in miracles,” he could not anticipate that the spirit of his words would motivate the largest single public gathering on Israel’s annual calendar, as 400,000 people jam the tiny northern town of Meron to commemorate Lag B’Omer (April 28, 2013), a once somewhat obscure holiday.

A central part of the 24-hour pray-in, evocative at least superficially of a Jewish Woodstock without the bands or hippy lifestyle, will be a unique non-stop prayer vigil conducted by a cadre of tens of recognized rabbis, most of them authorities in the mystical study of Kabbalah.

On Lag B’omer, the 33rd day after the conclusion of Passover, our global focus as a people turns to miracles,” said Rabbi Cohen, leader of Or Harashbi, “Of course many are skeptical when miracles are discussed, but this is the day when they happen intensely.

“We don’t mind the eye-rolling or snickering,” the Rabbi added, “In fact, our prayers at Meron on this day in recent years have resulted in well over 2,000 personal miracles happening for people for whom we prayed there—and we are publishing their names so anyone in the world who wants to understand this phenomenon can call or email them—one or two, or all 2,000.” The movement is named for Rabbi Shimon Bar Yochai, called the Rashbi, who lived during the Talmudic period and was a fierce opponent of the Roman regime which forced him into hiding for over 12 years. During that time he was immersed in Torah study and became one of the forefathers of the kabbalah movement, which focuses on mystical aspects of the text encouraging a closer connection to prayer and Godliness. Adherents of the Rashbi’s legacy firmly believe that prayer in his memory has special qualities that can make miracles come true. He died on Lag B’omer and that day has since become most associated with the power of prayer and mysticism the Rashbi became so well known for.

One of the past beneficiaries of the vigil at the Rashbi’s tomb is a woman named Yael who survived cancer and for years was unable to find a spouse. “In all honesty I was personally skeptical at first about the potential for this to work but I was open to trying anything to find my life-partner,” she says. “So I turned to the holy Rashbi and through the prayer of his students the miraculous came true. Just weeks later, I met my husband and we are scheduled to be married this summer.”

Dovid, a 62 year old man was diagnosed with a particularly challenging form of stomach cancer said, “The doctors thought that nothing could be done but I believe there are more important forces than our doctors. I prayed at the Rashbi’s tomb and his students continued to pray in my merit and I am blessed to say that I am now in full remission.”

We are committed to spreading the light of Meron on Lag B’Omer around the world,” added Rabbi Cohen, “We will light a candle at this special time and send it to anyone who contacts us by toll-free telephone call before April 25th free of charge. They can then continue the spirit of the day by lighting it in their own home, office or synagogue.”

To request a free candle or to directly hear the stories from those who have benefited from these miracles please call (516) 430-5246.

They call me "NewsHound IV," because I'm a clever Finnegan, sniffing out stories all over the Boulder area. I love Jewish holidays because the food is GREAT, especially the brisket. Well all the food. I was a rescue pup and glad to be on the scent!
Previous Rylan Chapon Bar Mitzvah
Next Yom Ha’atzmaut – Better Late Than Never