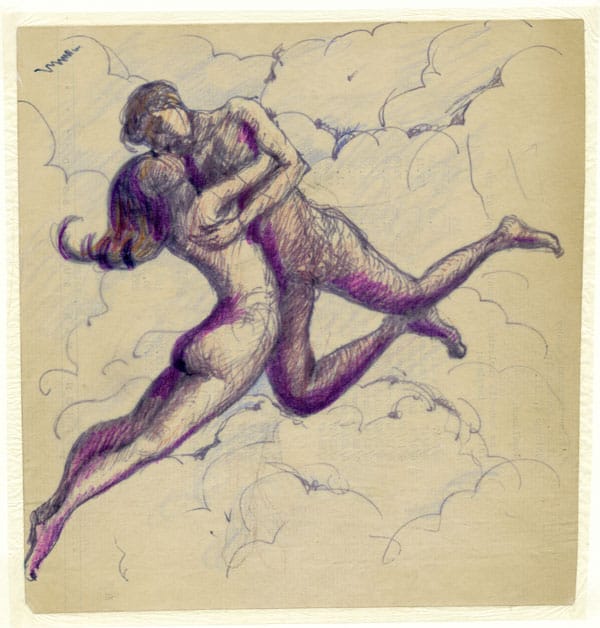 Art Show Is a Labor of Love

Kathryn Bernheimer February 5, 2013 Arts & Culture Comments Off on Art Show Is a Labor of Love The artwork now on display at the Boulder JCC has not seen the light of day for decades. The 55 pieces created by Jack Goresko z”l now on the BJCC walls are more than just art – they are a legacy.

Jack’s son Eban Goresko was left with boxes of unframed work, created by his father over a lifetime, after he died. Eban determined to honor his father’s memory and his talent by publicly displaying the work of a professionally trained and serious artist who spent a lifetime drawing in his spare time. It has been a labor of love for Eban, who personally framed the work and has digitized approximately 500 archived studies, drawings, and sketches left in his care.

On Thursday at 7:00 pm at the Boulder JCC, Eban will discuss the exhibit, and will share some of the digital images during his talk paying tribute to his father’s life and art.

The individual story of my father is part of the larger story of how Jews have struggled to live with, and have fled from, anti-Semitism wherever they have found it,” Eban says. “Although he never gained great fame for his art, he remained dedicated to his artistic vision and endeavors his entire life… The personal tragedy of his brother Willy’s death at the end of World War II and the horrors of the Holocaust were major influences on his art.”

Kathryn has spent her professional life writing about, teaching, and presenting the arts. Founding Director of the Boulder Jewish Film Festival, Kathryn was Director of Menorah and ACE at the Boulder JCC from 2003 through August, 2019. The former film and theater critic for the Boulder Daily Camera, Kathryn is the author of "The Fifty Greatest Jewish Movies" and "The Fifty Funniest Films of All Time." kathryn.bernheimer@gmail.com
Previous Dreams Across Cultures
Next Embody the Alef-Bet In Meditative Movement Workshop