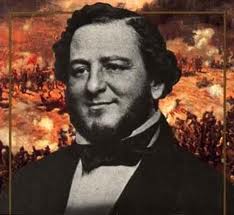 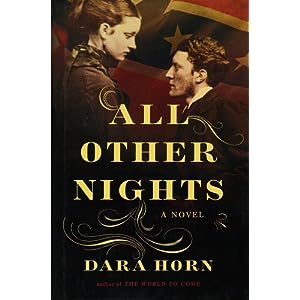 Menorah presents “One JCC Reads” on January 29 at the Boulder JCC. This community-wide book club event invites all our JCC friends to read Dara Horn’s acclaimed novel, “All Other Nights,” set during the Civil War, and gather for a community-wide book discussion led by Professor Adam Rovner.

As we commemorate the 150th anniversary of the Civil War, we will also show “Jewish Soldiers in Blue and Gray,” with a discussion led by Professor Ronnie Grinberg from CU’s Program in Jewish Studies.

Copies of “All Other Nights” are available at the Boulder JCC Library, HaSifria.

The event is January 29th, 4-8 pm. Cost is $18; includes film, book discussion and a Civil War-themed dinner (including corn chowder and apple pie).

1. How many Jews were living in America at the time of the Civil War? 2.  How many Jews fought in the Civil War?

3.  Judah Benjamin, the most prominent and highest ranking Jewish figure in Civil War history, fought on the side of…

4.  What were the largest centers of Jewish population during the Civil War?

a)    New York and Philadelphia

b)   Charleston and New Orleans

Kathryn has spent her professional life writing about, teaching, and presenting the arts. Founding Director of the Boulder Jewish Film Festival, Kathryn was Director of Menorah and ACE at the Boulder JCC from 2003 through August, 2019. The former film and theater critic for the Boulder Daily Camera, Kathryn is the author of "The Fifty Greatest Jewish Movies" and "The Fifty Funniest Films of All Time." kathryn.bernheimer@gmail.com
Previous Director of Roman Vishniac Archive Comes to Boulder
Next Mary Lou Coming to Boulder!