We had a very interesting trip to Sderot and the surrounding area today. We started in the Chabad house in Sderot with a lecture given by a former military and now commercial lecturer who also happens to be a friend of mine from Young Judaea Year Course. He gave us a briefing on the recent history of the Gaza situation spanning from disengagement and the withdrawal from Gush Katif all the way up to the Egyptian Rafah Border Crossing opening yesterday. He spoke about working with his boss, Mark Regev, and how he was intimately involved in the reporting of the Flotilla debacle that occurred last year.

After Josh spoke, a man from Sderot Media spoke to us about the reality of living in a town that is under constant rocket attacks. He showed us videos of Katyusha rockets hitting cars and houses and then an incredibly intense video showing how children playing around their schools have 15 seconds to drop everything and run for cover once the “red alert” siren goes off. A woman who has been living in Sderot for most of her adult life spoke to us about how she suffers from PTSD (or Continuing-TSD, as she put it) and has regular fainting spells as a direct result of the trauma associated with repeated rocket attacks. She told us stories about raising her children in Sderot and described unthinkable scenarios like having to choose which one of your children you grab out of the backseat of your car first once you hear the siren go off. Whenever a person in Sderot wants to shower they put a friend or family member on alert so when a siren goes off and they can’t hear it over the sound of the shower, someone can run in and grab them and bring them, naked, into the nearest shelter.

Bomb shelters were constructed in creative ways throughout the town. Slides were constructed as shelters and “caterpillar play areas” doubled as protection from rocket attacks. There were large apartment complexes with bomb shelters built into the side of the buildings as add-ons for each floor. Every bus stop we saw had a similarly sized bomb shelter standing right next to it.

We then went to the Sderot police station where we saw dozens of rockets that had been fired into the town stacked along the back wall of the building. They were labeled with all different colors, green, orange, purple, representing the different groups that launched the rockets (Hamas, Hezbollah, Al-Aqsa-Brigade). On the side of one rocket was written “Al-Quds” in Hebrew and Arabic.

After eating lunch in Sderot and hopefully putting a little money into the ailing economy, we visited an organization called Kol Acher. This organization is located in a kibbutz just a kilometer north of Gaza and hopes to try to create peace in the region through dialogue and understanding. Two women spoke with us on behalf of the organization, an older woman from England and a middle-aged American woman. They told us about the connections they have made with people in Gaza and the stories that some Gazans have told about the daily struggles they face. They even met with a few Gazans once in their Moshav but when they heard that the Gazans were detained by Hamas as soon as they crossed the border back into their territory the members of Kol Acher decided to keep meetings to cell phones and Facebook.

After the meeting with Kol Acher we met with two women who had lived in Gush Katif since the 80’s and were forcibly removed from their homes during the Gaza disengagement plan. One of the women had lost her son while he was a member of the IDF and she told the story of having to dig up her son’s grave and rebury him.

Matan Har is currently in the program MASA – Career Israel

Rabbi Ori Har received ordination as Mashpi'ah Ruchanit, Sage-ing Mentor and Rabbi from ALEPH - Alliance for Jewish Renewal. She co-founded and directs the Center for Spiritual Friendship in Boulder - an interfaith center for Hashpa'ah in many forms. She serves as a spiritual director for individuals, and groups, as well as leading Sage-ing workshops. Reb Ori is also a practitioner of Embodied Torah and devotional dance, and is on faculty in The Embodying Spirit Training Program. Ori has been an adult educator of Biblical Hebrew, Torah and meditation for over twenty years, and is the author of "God Speaks Here and Now: A Guide for Living." A native of Israel now living in Boulder, CO, Reb Ori is married, has two children, two step-children and is a Savta of two grandchildren. Visit our website www.conscious-learning-community.com
Previous Jacob Sadow Bar Mitzvah
Next Four Secrets to a Long and Happy Life 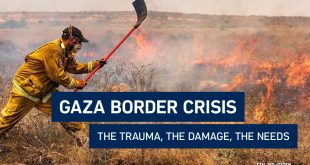 We’ve Come Too Far to Stay Silent Any Longer 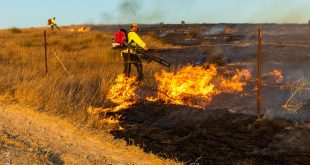 Out of Recent Ashes, Israel’s Border Communities Persevere Thanks to Jewish National Fund