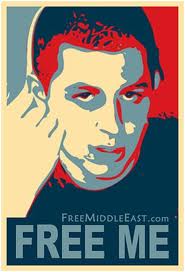 Those of you who stayed up late may have seen the news – a bit sketchy on main stream media, generally slanted livestream on the internet. The multi-step, multi-national swap/release took place over more than two hours (as we were watching). There were multiple conflicting reports/delayed information during the transfer of prisoners.  Finally, just before 2:30 am Colorado time, BBC ran video of the transfer as Gilad Shalit was released from more than five years captivity this morning (Israel time).

We’ll update with links to interesting articles as the story continues to develop. This quote from Noam Shalit sums it up though:

You can say this is one of the happiest days of my life,” from Haaretzonline

They call me "NewsHound IV," because I'm a clever Finnegan, sniffing out stories all over the Boulder area. I love Jewish holidays because the food is GREAT, especially the brisket. Well all the food. I was a rescue pup and glad to be on the scent!
Previous Judaism Your Way Makes Slingshot List
Next One for All and All for One