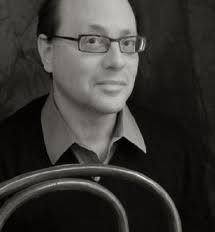 Do the Right Thing at the Boulder JCC

Kathryn Bernheimer October 27, 2011 Arts & Culture Comments Off on Do the Right Thing at the Boulder JCC Lee Kravitz is a man who always worked too hard, too long, and too intensely. After losing his job, he took stock of his life and realized just how disconnected he had become from the people who mattered most to him: his wife, his children, the circle of friends whose ranks had thinned over the years.

Instead of rushing out to try to find a new job, he committed an entire year to attending to the most important things in his life, to reconnecting with those dear to him and to making amends.

On Tuesday, Nov 1, at 7 pm, Lee Kravitz will be at the Boulder JCC to discuss the book documenting this transformative experience, “Unfinished Business: One Man’s Extraordinary Year of Trying to Do the Right Things.”

In “Unfinished Business,” Kravitz takes us along on ten transformational journeys, among them repaying a thirty-year-old debt, making a long-overdue condolence call, finding an abandoned relative, and fulfilling a forgotten promise. Along the way, we meet a cast of wonderful characters and travel the globe—to a refugee camp in Kenya, a monastery in California, the desert of southern Iran, a Little League game in upstate New York, and a bar in Kravitz’s native Cleveland. In each instance, his act of reaching out opens new paths for both personal and spiritual growth.

Lee Kravitz was born in Cleveland, Ohio. He attended Yale College and Columbia University’s Graduate School of Journalism. A pioneer in creating multi-platform media for young people, Lee was founding editor of React, an interactive news magazine for teenagers, and an editorial director of Scholastic Inc., the educational publishing company.

Most recently the editor-in-chief of Parade, the Sunday newspaper magazine with more than 70 million readers, Lee’s magazines have received more than 200 awards for journalistic excellence and been widely acclaimed for inspiring Americans of all ages to improve their lives, communities, nation and the world.

He has also served on the boards of several nonprofit organizations, including the Public Education Network, The League, National History Day and Youth Service America. He is board president of Youth Communication, a publisher of writing by and for inner-city teens and youth in foster care.

Lee and his wife Elizabeth Kaplan, a literary agent, live in New York City and Clinton Corners, New York, with their three children.

Lee Kravitz’s illuminating and uplifting memoir, Unfinished Business, is the perfect antidote to those middle-of-the-night sweats, when we toss and turn and torture ourselves with endless shoulda-coulda-wouldas. Achingly candid, this beautifully written and touchingly personal chronicle traces the author’s year-long journey of searching for the pieces he left behind, and how it led him to finding his better self. Kravitz has written a triumphant love letter to the human condition.”

—Marlo Thomas, author of “The Right Words at the Right Time“

Kravitz writes with an inspiring sincerity. His experiences are so familiar that it would be hard for readiers not to reflect on their own unfinished business — and want to tend to it.”

Kravitz sets out on a mission, devoting a year to completing the unfinished business in his life, including making amends to the people he has hurt. Self-effacing, self-aware, he embarks on a journey in which he reconnects with a schizophrenic aunt neglected by their family, forgives a high school nemesis and honors a forgotten promise to an underprivileged African boy. What could have turned into a self-congratulatory, Disneyesque odyssey becomes an occasion for real kindnesses and growing sensitivity.”

Kathryn has spent her professional life writing about, teaching, and presenting the arts. Founding Director of the Boulder Jewish Film Festival, Kathryn was Director of Menorah and ACE at the Boulder JCC from 2003 through August, 2019. The former film and theater critic for the Boulder Daily Camera, Kathryn is the author of "The Fifty Greatest Jewish Movies" and "The Fifty Funniest Films of All Time." kathryn.bernheimer@gmail.com
Previous Len and Nancie Velick – Golden Anniversary
Next Local Jewish Grantmakers Seeking Proposals