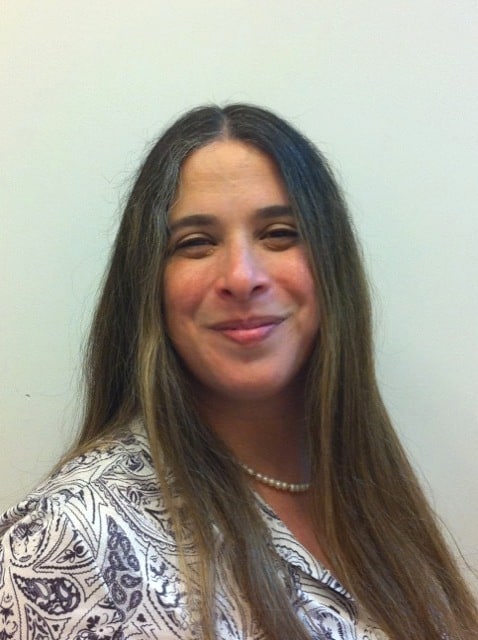 As part of the tenth anniversary partnership between Congregation Har HaShem and sister congregation Kehilat Sulam Ya’akov in Zichron Ya’akov, Israel, Sulam Ya’akov’s Rabbi Dalia Tibon Lagziell is visiting Colorado this week.  Boulder Jewish News posed four questions to the rabbi, and here are her responses.  You can see Rabbi Lagziell Tuesday night at Har HaShem as part of a Haver program on Jewish diversity and pluralism in Israel.

You spent much of your post army career immersed in Jewish education.  How did that lead to your decision to become a Rabbi, and a Progressive Movement one at that?

I see this question as reflecting one of the cultural gaps between Israeli society and American Jewry.  For me it was quite natural after 12 years of liberal Jewish education to take the leap of faith and to become a Rabbi.  The Rabbinate added very important dimensions to the mission I took upon myself to help create a relevant, liberal, modern Jewish way of living in Israel.  I see myself as both a Rabbi and an educator and I can’t see where one stops and where another begins, as there is a synergy between both.  I can’t imagine doing only one without the other.”

Did you grow up in the Progressive Movement, or come to it later?  Tell us something of your path, since the Progressive and Conservative (Masorti) movements are so small in Israel.

I grew up in an “ultra secular” typical Israeli family.  I don’t remember this occurring, but my parents have told me proudly that we would go to the beach on Yom Kippur because this was the best time to go.  Growing up I felt that I was lacking something.  However, at my first Kiddush at age 17 at a friend’s house on the Sabbath, something clicked.  For eight years I carried on this awakened curiosity until I went to Haifa University — a “safe” intellectual venue to get closer to Judaism.  Soon after that I was exposed to the Progressive movement and to the option of having a meaningful way of life and not just attaining knowledge.  I fell in love with this approach and that was it.”

What is the Diaspora Museum all about?  Isn’t it a fairly new museum in Israel?  How did you get involved?

Beit Hatfutsot, (The Diaspora Museum) is a national institution, supported by the Israeli government because of its importance.  It is not new.  It was established over 30 years ago but it is going through a huge transformation which is reflected in changing the name of the museum from The Diaspora Museum to the Museum of the Jewish People.   The museum wishes to tell their ongoing and extraordinary story.  Beit Hatfutsot connects Jewish people to their roots and strengthens their personal and collective Jewish identity.  I am the Director of Professional Development at the International School for Jewish Peoplehood Studies at the museum and came to this position naturally after working in Jewish Education over the past decade. The story of the Jewish people is a story of constant renewal. Beit Hatfutsot is embracing a renewal process that reflects the Jewish world of today. The new Beit Hatfutsot will celebrate the multiculturalism of Jewish diversity and adopt an inclusive, pluralistic approach.”

I would choose Rabbi Yosef Dov Soloveitchik as one of my favorite Jewish philosophers based on his deep ideas and the way he articulates the connections that define the Jewish people.  I use his philosophy and the language he created in both my professional and private life.  For example, his use of the term covenant to describe the relationship between God and the Jewish people and between one another is extremely powerful. Soloveitchik argued that there are two kinds of covenants that God sealed with the Jewish people.  The first one was the covenant of exodus which was the covenant of fate.  That actually means that God released us from Egypt but this he forced upon us because if it was up to us, we would have never left.   This was fate.  Relating to modern times, we will always have our own “Pharaoh”.  We Jews come together whenever there is some trouble that comes to us (fate).  What will happen to the Jewish people when there is no enemy to unite us? This is why Soloveitchik argued that the second covenant (destiny) was when we accepted upon ourselves the Torah.  There at Mt. Sinai, we chose our own destiny. We chose to be defined not only by a shared enemy and fate but also by a shared vision of a better world. Soloveitchik emphasized that there would be no existence for the Jewish people unless they maintained both covenants and not to forget that we must strive for a shared mission, not just to react to adversity.  All that, and I haven’t mentioned Mordechai Kaplan, the founder of the Reconstructionist way of thinking, and Martin Buber and A.D. Gordon who are extremely important philosophers for me as an Israeli and a lover of philosophy.”

I've been writing things since grammar school, and served as a writer, photographer and/or an editor on my junior high and high school newspapers; the Daily Trojan at USC (where I earned my journalism degree); the student newspaper at the Anderson School at UCLA (where I earned my MBA); and written and edited countless business documents and presentations in the ensuing twenty years. I've been involved Jewishly since my bris and in Boulder since 1995. I'm married to my Executive Director Cheryl, and we have two children, Lauren and Ethan.
Previous Orthodox Jewish Pro Boxer Coming to Westminster
Next A Jew is a Jew is a Jew?