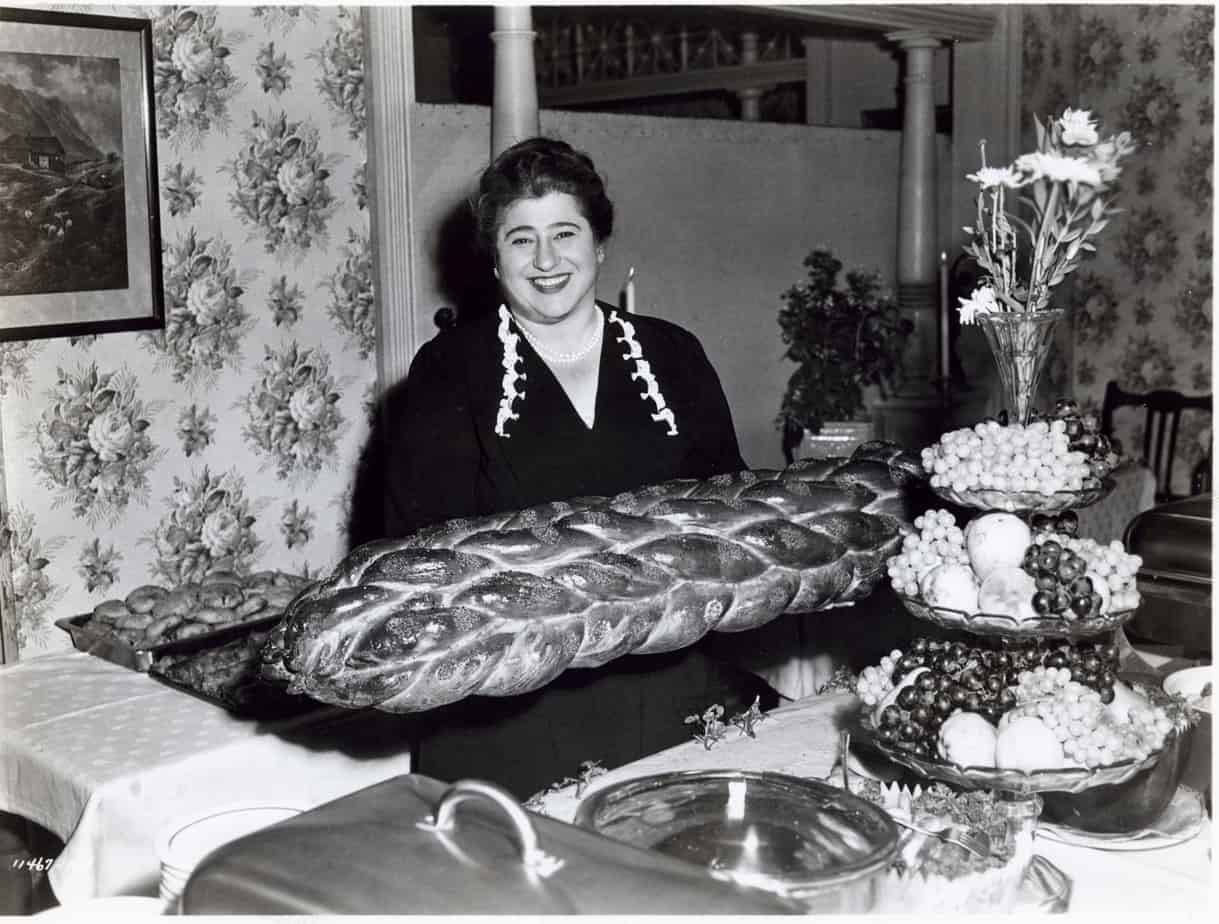 The amazing story of television pioneer Gertrude Berg is told with humor and insight in “Yoo-hoo, Mrs. Goldberg,” a star-studded biography of an innovator who re-wrote American entertainment history.  On Saturday, December 18th at 7:00 pm, Menorah screens this acclaimed new documentary.  Tickets are $10 at the door.

As a warm-up, on Thursday, December 9th, Menorah presents a program featuring several classic episodes of “The Goldbergs” at noon , $8 for lunch and program. RSVP appreciated; kathryn@boulderjcc.org.  Both programs are at the Boulder JCC, 3800 Kalmia, Boulder.

Gertrude Berg was the Oprah of her day. She was the creator, principal writer, and star of “The Goldbergs,”a popular radio show for 17 years, which earned her the title “First Lady of Radio.” The inventor of the sitcom, Berg moved her radio show to TV in 1949, where “The Goldbergs” became television’s very first character-driven domestic sitcom. Berg received the first Best Actress Emmy in history, and paved the way for women in the entertainment industry.  She was also a celebrity guest on variety shows and a Tony award winner on Broadway.

At the show’s peak of popularity in its radio incarnation, Berg, who adopted a Yiddish accent to play the malapropism-spewing Bronx Jewish matriarch Molly Goldberg, was voted the second-most-admired woman in America, after Eleanor Roosevelt.

Berg, who was born Tillie Edelstein in 1898, was not at all like her character. The daughter of a Catskills hotelier, Berg developed her talents writing and directing sketches to entertain guests during rainy weather. Elegant and well dressed, a workhorse and a taskmaster with a home on Park Avenue, Berg wrote 12,000 scripts for the show, which consumed her life to the point that in a “Person to Person” interview with Edward R. Murrow, excerpted in the documentary, she muses that she spent more time researching, writing and playing Molly than being herself. Describing a real mother’s creation of a fictional one, she declares:

Molly learned everything from me. I taught Molly everything she knows.”

Aviva Kempner, director of “The Life and Times of Hank Greenberg,” includes interviews with Supreme Court Justice Ruth Bader Ginsburg, actor Ed Asner, producers Norman Lear (“All in the Family“) and Gary David Goldberg (“Family Ties“), and NPR correspondent Susan Stamberg, who relates the possibly apocryphal quote from Franklin D. Roosevelt that it wasn’t he who led America out of the Great Depression, “it was Mrs. Goldberg” and the nurturing popularity of the radio series that bore her name.

Kathryn has spent her professional life writing about, teaching, and presenting the arts. Founding Director of the Boulder Jewish Film Festival, Kathryn was Director of Menorah and ACE at the Boulder JCC from 2003 through August, 2019. The former film and theater critic for the Boulder Daily Camera, Kathryn is the author of "The Fifty Greatest Jewish Movies" and "The Fifty Funniest Films of All Time." kathryn.bernheimer@gmail.com
Previous Photos from Chanuconcert
Next Got Gifts? Give Some Away…