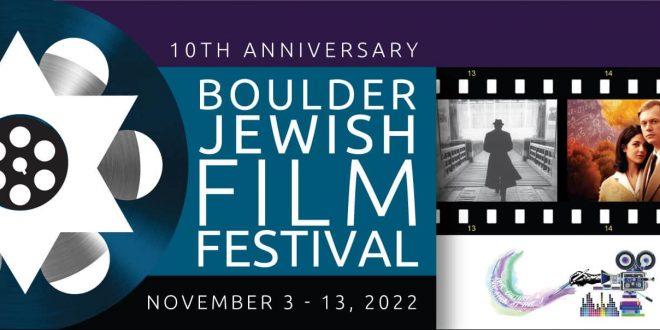 Fan Favorite from 2013 “Hava Nagila (The Movie)” will be shown at the Dairy Arts Center’s Boedecker Theater on Tuesday, October 25 at 7 pm

The idea for our opening night film came to the filmmakers at dinner one night, when asked if they might ever consider making a film about a song. Pondering the idea, Gan Geller and Dayna Goldfine concluded there was really only one song that merited a movie, Leonard Cohen’s beloved and ubiquitous Jewish hymn, “Hallelujah.”

That same idea had also occurred to filmmaker Roberta Grossman a few years earlier. The song she felt was a worthy subject was the undisputed Jewish anthem “Hava Nagila,” even more treasured, pervasive, and instantly recognizable than the revered Cohen classic.

Our hands-down best closing night film, “Hava Nagila (The Movie)” brought the 2013 Boulder Jewish Film Festival to a rousing conclusion. It returns as part of our Audience Favorites series presented in anticipation of the 10th anniversary of the festival, which returns Nov. 3-13. “Hava Nagila” will be shown at the Dairy Arts Center’s Boedecker Theater on Tuesday, October 25 at 7 pm.

“Hava Nagila” encapsulates the Jewish journey over the past 150 years, revealing the power of one song to express and sustain identity, to transmit lessons across generations, and to bridge cultural divides and connect us all on a universal level. It carries with it an entire constellation of history, values and hopes for the future.

Director Roberta Grossman’s high-spirited salute to the ultimate Jewish song was so creative, entertaining, and insightful, it came as no surprise that she has emerged as one of the leading lights of American Jewish cinema.  The festival proudly showed her two subsequent films, both produced by Nancy Spielberg, “Above and Beyond” and “Who Will Write Our History?”

I vividly remember our sold-out screening of “Hava Nagila” and the audience’s gasp of surprise when Grossman’s journey of discovery leads her to Boulder and Reb Zalman, of blessed memory.

Watch the trailer and join us for a night of nostalgia and merriment. Click here to purchase tickets to the Boulder Jewish Film Festival.

Kathryn has spent her professional life writing about, teaching, and presenting the arts. Founding Director of the Boulder Jewish Film Festival, Kathryn was Director of Menorah and ACE at the Boulder JCC from 2003 through August, 2019. The former film and theater critic for the Boulder Daily Camera, Kathryn is the author of "The Fifty Greatest Jewish Movies" and "The Fifty Funniest Films of All Time." kathryn.bernheimer@gmail.com
Previous Come Explore Humanistic Judaism Over a Cup of Coffee
Next Elan Greenstreet Bar Mitzvah 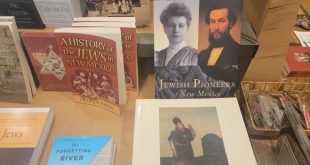