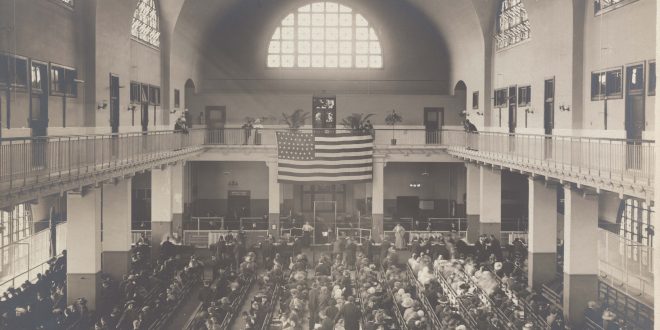 Three-part Series from Filmmakers Ken Burns, Lynn Novick and Sarah Botstein Explores the U.S. Role Before, During and After One of the Greatest Humanitarian Crises in History

Arlington, VA;– THE U.S. AND THE HOLOCAUST, a new three-part documentary directed and produced by Ken Burns, Lynn Novick and Sarah Botstein, explores America’s response to one of the greatest humanitarian crises in history. The series will air September 18, 19 and 20, at 8:00-10:00 p.m. ET (check local listings) on PBS, PBS.org and the PBS Video app. THE U.S. AND THE HOLOCAUST will be distributed internationally by PBS International.

Inspired in part by the United States Holocaust Memorial Museum’s “Americans and the Holocaust” exhibition and supported by its historical resources, the film examines the rise of Hitler and Nazism in Germany in the context of global antisemitism and racism, the eugenics movement in the United States and race laws in the American south. The series, written by Geoffrey Ward, sheds light on what the U.S. government and American people knew and did as the catastrophe unfolded in Europe.

Combining the first-person accounts of Holocaust witnesses and survivors and interviews with leading historians and writers, THE U.S. AND THE HOLOCAUST dispels competing myths that Americans either were ignorant of the unspeakable persecution that Jews and other targeted minorities faced in Europe or that they looked on with callous indifference. The film tackles a range of questions that remain essential to our society today, including how racism influences policies related to immigration and refugees as well as how governments and people respond to the rise of authoritarian states that manipulate history and facts to consolidate power.

“History cannot be looked at in isolation,” said Ken Burns. “While we rightly celebrate American ideals of democracy and our history as a nation of immigrants, we must also grapple with the fact that American institutions and policies, like segregation and the brutal treatment of indigenous populations, were influential in Hitler’s Germany. And it cannot be denied that, although we accepted more refugees than any other sovereign nation, America could have done so much more to help the millions of desperate people fleeing Nazi persecution.”

“Exploring this history and putting the pieces together of what we knew and what we did has been a revelation,” said Lynn Novick. “During the Second World War, millions of Americans fought and sacrificed to defeat fascism, but even after we began to understand the scope and scale of what was happening to the Jewish people of Europe, our response was inadequate and deeply flawed. This is a story with enormous relevance today as we are still dealing with questions about immigration, refugees and who should be welcomed into the United States.”

“At the center of our narrative is the moving and inspiring first-hand testimony of witnesses who were children in the 1930s,” said Sarah Botstein, a longtime producing partner of Burns and Novick who is making her directorial debut on this film. “They share wrenching memories of the persecution, violence and flight that they and their families experienced as they escaped Nazi Europe and somehow made it to America. Their survival attests to the truth of the remark made by journalist Dorothy Thompson that ‘for thousands and thousands of people a piece of paper with a stamp on it is the difference between life and death.’”

“THE U.S. AND THE HOLOCAUST asks us to think differently about our country’s history,” said Sylvia Bugg, Chief Programming Executive and General Manager, General Audience Programming at PBS. “This includes challenging conventional wisdom about values that we hold very dear and how we influenced the policies of other countries. This is an important film that will spark conversations in many areas, which we will support with educational materials in our classrooms and outreach in communities around the country. We will also be working with stations and other partners to ensure that this film reaches as many people as possible.”

THE U.S. AND THE HOLOCAUST features a fascinating array of historical figures that includes Franklin D. Roosevelt, Charles Lindbergh, Dorothy Thompson, Rabbi Stephen Wise, and Henry Ford, as well as Anne Frank and her family, who applied for but failed to obtain visas to the U.S. before they went into hiding. This unexpected aspect of the Franks’ story underscores an American connection to the Holocaust that will be new to many viewers.

The film also looks at American policy on topics ranging from Calvin Coolidge’s staunch anti-immigration ideology to FDR’s Lend-Lease bill and how these fights took shape on the home front, including the emergence of Nazi sympathizers. Some of America’s most well-known leaders, such as Lindbergh and Ford, were also among the most vocal antisemites. Similarly, new light is shed on many of the well-known controversies surrounding the American response to the Holocaust, including the dreadful story of the more than 900 Jewish refugees aboard the MS St. Louis, who were denied entry to Cuba and the U.S. in 1939 and forced to return to an uncertain fate in Europe, and the enduring debate over whether the Allies should have bombed Auschwitz.

Americans had heard about Nazi persecution on their radios and read about it in the press. Many responded by denouncing the Nazis, marching in protest and boycotting German goods. Individual Americans performed heroic acts to save individual Jews and stood up to Nazism at home and abroad. Some 200,000 Jews eventually found refuge in the United States, but many more were denied entry. As the Nazi terror escalated, the U.S. responded by tightening, not opening, its borders to refugees. “If I had my way,” said Senator Robert Reynolds of North Carolina at the time, “I would today build a wall about the United States so high and so secure that not a single alien or foreign refugee from any country upon the face of this earth could possibly scale or ascend it.”

Ultimately, THE U.S. AND THE HOLOCAUST offers little consolation to those who believe that the challenges posed by nativism, antisemitism, xenophobia and racism are buried deeply and permanently in the past. “The institutions of our civilization [are] under tremendous stress,” warns writer Daniel Mendelsohn, who shares his family’s story in the film. “The fragility of civilized behavior is the one thing you really learn, because these people, who we now see in these sepia photographs, they’re no different from us. You look at your neighbors, the people at the dry cleaner, the waiters in the restaurant. That’s who these people were. Don’t kid yourself.”

The broadcast of THE U.S. AND THE HOLOCAUST will be accompanied by educational materials for middle and high school classrooms, highlighting recent research and perspectives. The materials, which were prepared by PBS Learning Media in collaboration with the United States Holocaust Memorial Museum and other leading Holocaust education experts, are available at the Ken Burns in the Classroom site. These materials include clips from the film as well as other resources that connect to its core themes, such as immigration policy, racism, isolationism, discrimination and more. International release will be explored along with translation into Spanish and other languages. UNUM, Ken Burns’s website that looks at the connections between the past and current events, will also utilize other films from the Florentine Films library to facilitate conversations about the Holocaust and other moments in history.

THE U.S. AND THE HOLOCAUST will be available to stream for free on all station-branded PBS platforms, including PBS.org and the PBS Video App, available on iOS, Android, Roku, Apple TV, Android TV, Amazon Fire TV, Samsung Smart TV, Chromecast and VIZIO. PBS station members can view the documentary via PBS Passport as part of a full collection of Ken Burns films. For more information about PBS Passport, visit the PBS Passport FAQ website.

Corporate funding for THE U.S. AND THE HOLOCAUST was provided by Bank of America. Major funding was provided by: David M. Rubenstein; the Park Foundation; the Judy and Peter Blum Kovler Foundation; Gilbert S. Omenn and Martha A. Darling; The Arthur Vining Davis Foundations; and by the following members of The Better Angels Society: Jeannie and Jonathan Lavine; Jan and Rick Cohen; Allan and Shelley Holt; the Koret Foundation; David and Susan Kreisman; Jo Carole and Ronald S. Lauder; Blavatnik Family Foundation; Crown Family Philanthropies, honoring the Crown and Goodman Families; the Fullerton Family Charitable Fund; Dr. Georgette Bennett and Dr. Leonard Polonsky; The Russell Berrie Foundation; Diane and Hal Brierley; John and Catherine Debs; and Leah Joy Zell and the Joy Foundation. Funding was also provided by the Corporation for Public Broadcasting and by public television viewers.

WETA is the leading public broadcaster in the nation’s capital, serving Virginia, Maryland, and the District of Columbia with educational initiatives and with high-quality programming on television, radio and digital. WETA Washington, D.C., is the second-largest producing-station for public television in the United States, with news and public affairs programs including PBS NEWSHOUR and WASHINGTON WEEK; films by Ken Burns, such as MUHAMMED ALI and HEMINGWAY; series and documentaries by Dr. Henry Louis Gates, Jr., including FINDING YOUR ROOTS WITH HENRY LOUIS GATES, JR. and THE BLACK CHURCH: THIS IS OUR STORY, THIS IS OUR SONG; health content from Well Beings, a multiplatform campaign of engagement events and digital and broadcast content, including the forthcoming documentary HIDING IN PLAIN SIGHT: YOUTH MENTAL ILLNESS; and performance specials including IN PERFORMANCE AT THE WHITE HOUSE and THE LIBRARY OF CONGRESS GERSHWIN PRIZE FOR POPULAR SONG. More information on WETA and its programs and services is available at www.weta.org. Visit www.facebook.com/wetatvfm on Facebook or follow @WETAtvfm on Twitter.

PBS, with more than 330 member stations, offers all Americans the opportunity to explore new ideas and new worlds through television and digital content. Each month, PBS reaches over 120 million people through television and 26 million people online, inviting them to experience the worlds of science, history, nature, and public affairs; to hear diverse viewpoints; and to take front row seats to world-class drama and performances. PBS’ broad array of programs has been consistently honored by the industry’s most coveted award competitions. Teachers of children from pre-K through 12th grade turn to PBS for digital content and services that help bring classroom lessons to life. Decades of research confirms that PBS’ premier children’s media service, PBS KIDS, helps children build critical literacy, math, and social-emotional skills, enabling them to find success in school and life. Delivered through member stations, PBS KIDS offers high-quality educational content on TV – including a 24/7 channel, online at pbskids.org, via an array of mobile apps, and in communities across America. More information about PBS is available at PBS.org, one of the leading dot-org websites on the internet, or by following PBS on Twitter, Facebook or through our apps for mobile and connected devices. Specific program information and updates for press are available at pbs.org/pressroom or by following PBS PressRoom on Twitter.

They call me "NewsHound IV," because I'm a clever Finnegan, sniffing out stories all over the Boulder area. I love Jewish holidays because the food is GREAT, especially the brisket. Well all the food. I was a rescue pup and glad to be on the scent!
Previous Don’t Miss These Pre-Rosh Hashanah Safety Classes
Next Exclusive ADL Event in Boulder 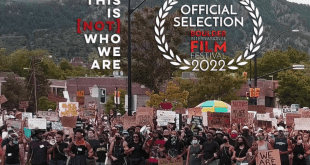