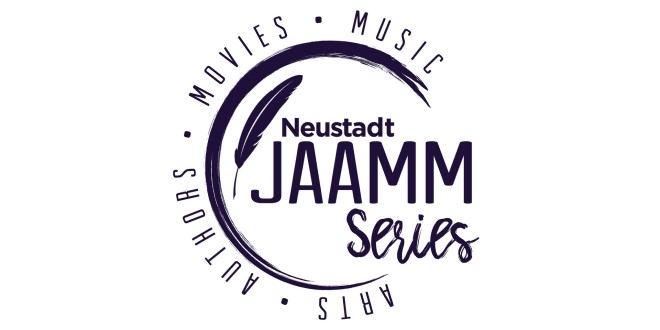 Shifts to Full Presented Season from September 2022 to April 2023

Modern folk band, Distant Cousins, will open the JAAMM season with a concert on September 15

DENVER, Colo., – The JCC Mizel Arts and Culture Center is hosting the 15th season of the Neustadt Jewish Arts, Authors, Movies and Music Series (JAAMM).  The series, which has outgrown its footprint as a one-season festival, is now a full presented season from September 2022 through April 2023. The series kicks-off with a headline performance from the modern folk band, Distant Cousins, on September 15 at 7:30 p.m. Additional headline events include Jewish Bookstore & Author Events from October 17-November 3; MSNBC’s Ari Melber on October 29; Fabulous Fanny Brice on January 19, 2023; The Challah Prince on March 5, 2023; JAAMM Comedy Festival on April 19 and 20, 2023; The Photography of Paul Margolis in April 2023; and several others. Tickets are on sale now.

“Through the JAAMM Series, we are able to bring a variety of talented speakers, authors, musicians, comedians, artists and more to the Denver community for those who are Jewish and those who are simply looking for something fun to do,” said Rich Cowden, general manager of the JCC Mizel Arts and Culture Center. “We’re excited to offer a diverse lineup of talent that promises inspiring, enriching, thought-provoking, and downright hilarious arts experiences for people of all backgrounds.”

The series will include the following headline events among others:

Season passes, author event passes and individual tickets are on sale now and include:

Celebrating its 100th anniversary in 2022, the Staenberg – Loup Jewish Community Center (JCC Denver) serves the metro-Denver area through educational, social, cultural, fitness, sports and other programs that are rooted in Jewish values. The JCC Denver’s mission is to create a vibrant and inclusive family and social gathering place, guided by these timeless Jewish values. The JCC Denver’s five program areas focus on connection, community and well-being and include: a robust fitness, sports, tennis and aquatic center; early childhood engagement, including the Early Learning School and a variety of programs for families; the Mizel Arts and Culture Center which offers the Jewish Arts, Authors, Movies & Music Festival (JAAMM Fest), Denver Jewish Film Festival, and ReelAbilities Film Festival; summer camps including Ranch Camp and Camp Shai; and engagement programming for teens, young adults, seniors and the LGBTQIA+ community. The JCC Denver is a 501(c)(3) nonprofit organization located at 350 S. Dahlia Street in Denver. For more information, visit www.jccdenver.org, like us on Facebook and Instagram @jccdenver or call (303) 399-2660.

They call me "NewsHound IV," because I'm a clever Finnegan, sniffing out stories all over the Boulder area. I love Jewish holidays because the food is GREAT, especially the brisket. Well all the food. I was a rescue pup and glad to be on the scent!
Previous OneTable Announces Two New Exciting Features for Shabbat Guests and Hosts
Next Join Beth Ami Congregation for a Social Shabbat & BYO Picnic at Waneka Lake