After a nationwide search, the Board of Trustees of The Jewish Publication Society (JPS) has unanimously selected Dr. Elias Sacks as JPS’s next Director. Dr. Sacks will assume his new role on January 1, 2023, succeeding Rabbi Barry L. Schwartz, who is retiring in the spring of 2023 after thirteen years in the position.

A scholar of Jewish thought and philosophy, Dr. Sacks currently serves as Director of the Program in Jewish Studies at the University of Colorado Boulder, where he is an Associate Professor in the Department of Religious Studies.

Boulder community member Larry Cohn said about Dr. Sacks’ selection, “Not only is it a recognition of Eli’s intellect and abilities, but it’s a reflection of the quality of the program that he’s worked passionately to foster and grow.”

Dr. Sacks has published widely on modern Jewish thought, including the 2017 book “Moses Mendelssohn’s Living Script,” which explores the writings and contemporary relevance of Moses Mendelssohn, the German-Jewish thinker often seen as the founder of modern Jewish philosophy. Dr. Sacks also sits on the board of the Society of Jewish Ethics and the editorial board of “The Encyclopedia of the Bible and its Reception.” He plays leadership roles in a wide range of efforts to elevate the voices of emerging scholars and promote conversations between academia and the broader public, including spearheading partnerships with civic, philanthropic, and Jewish institutions.

“Now more than ever,” Dr. Sacks says, “it is crucial that we build bridges between scholars, Jewish communities, and the public at large.  For more than a century, The Jewish Publication Society has stood at the forefront of this vital work by promoting accessible scholarship on the Jewish tradition, and I’m honored and humbled to play a role in the next chapter of JPS’s history. JPS is entrusted with the sacred task of allowing Jewish sources to speak in an ever-changing world, and I’m thrilled to have the opportunity to be part of the work of empowering individuals and communities to engage with the great books of the Jewish tradition, of broadening and reimagining our vision of what those great books are, and of bringing the diverse voices of Judaism, past and present, to the conversations at the heart of contemporary life.”

During a transition period beginning in January 2023, Dr. Sacks will work closely with Rabbi Schwartz and the JPS team, as well as with our publishing partner, the University of Nebraska Press; with colleagues at JPS’s new offices at Gratz College, scheduled to open in the summer of 2022; with our partner Sefaria in releasing a groundbreaking work, “The JPS Tanakh: Gender-Sensitive Edition,” which renews the iconic JPS translation of the Bible to reflect gender-sensitive language, while maintaining the utmost fidelity to ancient norms as expressed in the original Hebrew; and with the broad array of authors currently working with JPS.

“Dr. Sacks’s passion for our mission and his vision for developing Great Books for our beloved readers to cherish is exciting. On behalf of the Board of Trustees, I am delighted to welcome Dr. Sacks to lead us into our next chapter,” writes JPS Board President Gittel Hilibrand.

Rabbi Schwartz echoed that sentiment. “I could not be happier with this decision and know that Eli’s vision and experience will lead JPS to new heights.”

Individuals from across the Jewish and academic worlds shared this excitement about Dr.
Sacks’s appointment.

“JPS has a brilliant new leader in Dr. Elias Sacks,” says Rabbi Angela W. Buchdal, Senior Rabbi at Central Synagogue in New York City. “Dr. Sacks is not only an erudite scholar of Jewish thought and religious philosophy, but a gifted teacher who understands how to bring the ideas of the academic realm to the broader public.”

Dr. Laura S. Levitt, Professor of Religion, Jewish Studies, and Gender at Temple University, adds, “Eli is an engaging scholar, a compassionate colleague, and a wicked smart and visionary leader. I have seen first-hand how much he cares about the faculty and students in his program, and this makes me especially excited about what he brings to JPS.”

“Eli Sacks is an accomplished scholar and a devoted educator, and he cares deeply about
making scholarship accessible and relevant to the contemporary Jewish world,” writes Rabbi Shai Held, President and Dean of the Hadar Institute (and JPS author). “JPS’s selection of Eli as its next leader is an inspired choice.”

Gratz College President (and JPS author) Dr. Zev Eleff agreed. “Dr. Eli Sacks represents the very best of Jewish scholarship. As a leader, this next stage of his scholarly career will no doubt redound to Jewish learning, the Jewish people – and all people.”

In his new role, Dr. Sacks will travel regularly between JPS headquarters in Philadelphia and Denver, where he lives with his wife, Cantor Elizabeth Sacks, and their two children.

They call me "NewsHound IV," because I'm a clever Finnegan, sniffing out stories all over the Boulder area. I love Jewish holidays because the food is GREAT, especially the brisket. Well all the food. I was a rescue pup and glad to be on the scent!
Previous Shakespeare Unchained! – A Colorado Shakespeare Festival Season “For All Time”
Next Weekly Edition: July 29th, 2022 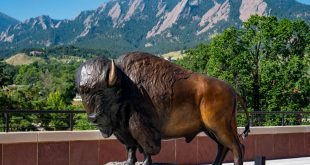 If You Can’t Get to CU, CU Is Coming to the BJCC 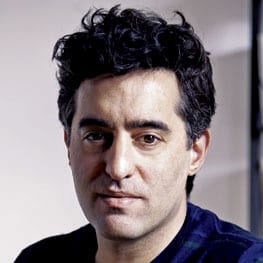