In this webinar, Professor Bruce Haynes (University of California, Davis) will speak about his award winning book “The Soul of Judaism: Jews of African Descent in America” (NYU Press 2018), the first comprehensive study of African-American Jewry. His approach draws upon theories of racialization and orientalism to provide insights into the negotiation of Afro American claims to Judaism.  Blending historical analysis and oral history, his work shows how Black Judaisms (in both their confrontational and collaborative forms) are racial projects, and how both Blacks and Jews have navigated the boundaries of the American color-line. Professor Haynes challenges normative understandings of Jewish identity, group boundaries, and the process of Jewish conversion.

Co-Sponsored by Department of Ethnic Studies and the Center for Humanities & the Arts.

Bruce D. Haynes was born in Harlem, New York. After receiving his B.A. in Sociology from Manhattanville College, he conducted applied research, under the sociologist Jay Schulman, selecting juries for trials throughout New York State. Haynes went on to earn his doctorate in sociology from the City University of New York (1995) and was appointed Assistant Professor of Sociology and African-American Studies at Yale University (1995-2001). In 2001, he joined the faculty at the University of California, Davis, where he now serves as Professor of Sociology. In addition, Haynes is a Senior Fellow in the Urban Ethnography Project at Yale University.

Previous Five Community Choirs Will Sing Out for SafeHouse!
Next CU Boulder Hillel Hosts An Evening with Idan Raichel 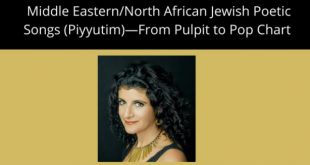