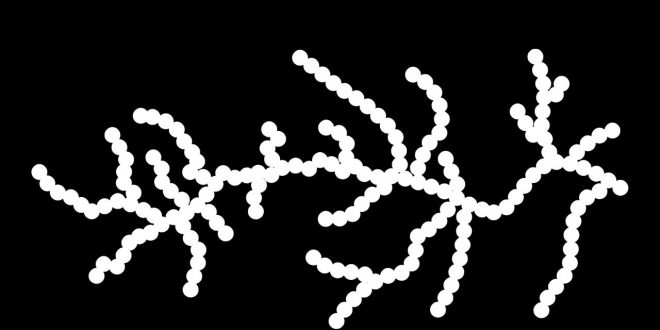 Renowned author and founder/president of the French organization “Yahad-In Unum,” Roman Catholic priest Father Patrick Desbois will become Chief Strategy Officer and Chair of the Academic Council at the Babyn Yar Holocaust Memorial Center (BYHMC). Dr. Andrej Umansky will become Deputy Head of the Academic Council. Fr. Patrick Debois will have use of assistance offices in Kyiv and Paris and will work in close cooperation with the Supervisory Board of BYHMC.

Patrick Desbois is well known for his work on the mass shootings which took place in Ukraine and other countries in the region occupied by Nazi Germany during World War II. His work shaped the term “Holocaust by bullets.” In his first book, titled “Holocaust by Bullets”, published in 2008, he cites hundreds of eye-witness accounts of Nazi crimes against Jews in the occupied territories of the Soviet Union, in particular the murder of 1.5 million Jews in Ukraine. The book won the National Jewish Book Award in the United States. Published ten years later, “In Broad Daylight”, documents the mass killings of Jews in the occupied Soviet Union, through archival material and the testimony of victims’ neighbors. It demonstrates how these mass-murders followed a template, or script, which included a timetable that was duplicated across numerous locations. Far from being kept secret, the killings were carried out in broad daylight and witnessed by many.

The Boulder JCC brought Father Desbois and his exhibit, “Holocaust by Bullets” to the Boulder JCC in late 2018. This powerful exhibit drew over 2,000 visitors to the Boulder JCC, including nearly 800 students and over 70 groups from community organizations. 56 educators and 70 community members participated in four additional educational opportunities offered during the Holocaust by Bullets Education Week. Father Desbois spoke to the community in person on November 12, 2018.

Desbois’ interest in the Holocaust was inspired by his grandfather, who was deported to a Nazi POW camp in Rawa Ruska in Western Ukraine as a French prisoner of war during World War II. This is where he began his research back in 2002. During this period, Father Desbois searched for the killing sites of Jews and Roma, collected eye-witness testimony to their murder and of other Nazi victims, and researched German and Soviet archival materials. In 2004, he founded Yahad-In Unum which continued his research in Eastern Europe on a much larger scale and is engaged in establishing a dialogue between the Christian and Jewish worlds.

“Almost 20 years ago, my team and I began to investigate the Holocaust by Bullets in Ukraine followed by other countries, in each village occupied by the Nazi units. That is why it is a great honor to serve the memory and the dignity of the Jews killed in Kiev and Ukraine with Babyn Yar Holocaust Memorial Center’s wonderful team“, Father Patrick Desbois commented.

“We are happy to welcome the distinguished Holocaust researcher Patrick Desbois as the head of the Academic Council of the Memorial Center. Father Desbois has dedicated his life to tell the truth about the tragic death of Holocaust victims from bullets in Eastern Europe to the world. His contribution to the preservation of historical memory and the development of dialogue between the Christian and Jewish worlds has been recognized by leading institutions for the study of the Holocaust and noted by many governments and religious leaders around the world. I believe that our joint Holocaust research efforts will help us to save the memory and convey the history of this tragedy to future generations,” Natan Sharansky, Chair of the Supervisory Board of the Babyn Yar Holocaust Memorial Center said.

Patrick Desbois was born in 1955 in France. He studied mathematics at the University of Burgundy. In 1978, Father Desbois worked as a math teacher for the French government in Africa. He later worked for Mother Teresa in Calcutta, where he helped set up homes for the dying.

He entered the Grand Seminary of Prado in 1981 and was ordained as a priest in 1986. He earned a master’s degree in theology from the Catholic University of Lyon (1986), a master’s degree in history from the University Lumière Lyon 2 (1991). Between 1992 to 1999, Father Patrick Desbois was the Secretary of Jewish Relations for Cardinals Albert Decourtray, Jean Balland and Louis-Marie Billé. He was appointed to the French Conference of Bishops as director of the national service for the Relations with the Jewish community from 1999 to 2016. He serves as advisor to the Vatican on relations with Judaism.

Father Patrick Desbois has been awarded honorary doctorates by many universities in Israel, the United States and Canada. He was awarded the Medal of Valor by the Simon Wiesenthal Center and the Humanitarian Award by the U.S. Holocaust Memorial Museum. He received the Légion d’honneur, France’s highest honor, for his work documenting the Holocaust. In 2015 Desbois began to document ISIS-crimes committed against the Yazidi people with Yahad-In Unum and interviewed several hundred Yazidi survivors. As the Endowed Professor of the Practice of the Forensic Study of the Holocaust, he has since 2016 taught at the Georgetown University in Washington, D.C.

They call me "NewsHound IV," because I'm a clever Finnegan, sniffing out stories all over the Boulder area. I love Jewish holidays because the food is GREAT, especially the brisket. Well all the food. I was a rescue pup and glad to be on the scent!
Previous Put Your Values Into Action: Applications Now Open for “Serve the Moment” Summer Service Corps
Next Boulder JCC’s Nosh & Network Partners with the Denver Jewish Chamber of Commerce This Thursday 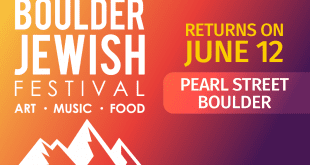