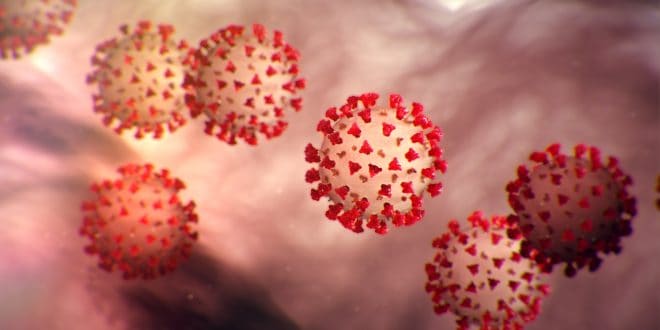 Bruce Ticker March 11, 2021 Guests and Blogs Comments Off on Column: With New COVID Critique, How Would Palestinian Leaders Govern Their Own State?

The Palestinian leadership is supplying SNL’s Michael Che with unexpected material for his Covid-19 vaccine punchlines.

The Palestinian Authority, which administers limited public services in Israel’s territories, is now accused by its own people of distributing Covid-19 vaccines to the privileged at the expense of needy Palestinians. Such an allegation should make one wonder how the Palestinians will govern their own independent state.

For a long time, I have been skeptical of the much-lauded two-state solution because the Palestinians have failed to provide reliable leadership. In so doing they might neglect equitable services for the average Palestinian and jeopardize Israeli security. If the new accusations are true, the leadership’s performance foreshadows what we can look forward to if a Palestinian state is ever established.

Based on the authority’s track record, it should not surprise anyone that these complaints are now being aired.

“There’s absolutely no justification for giving the very small number of vaccines we have to other people close to power at the expense of those who most need them,” said Hasan Ayoub, the chairman of the political science department at An Najah University in Nablus, according to The New York Times.

The Times, attributing new revelations to three anonymous sources associated with the leadership, reported last Friday that the authority “has officially prioritized its senior administrative leadership and frontline health workers, as well as people who come into regular contact with the authority’s president and prime minister.”

The Times article continues, “In secret, the authority has diverted some of the thousands of vaccines it has received to some senior members of the ruling party in the West Bank who have no formal role in government, according to two senior officials and a senior official from the party, Fatah.

These accusations come after Israel was battered by charges that it withheld its vaccines from the Palestinians, which prompted Che to quip on Saturday Night Live nearly three weeks ago: “Israel is reporting that they vaccinated half of their population, and I’m going to guess it’s the Jewish half.”

In the more than quarter-century since Israel and the Palestine Liberation Organization launched their peace process, how an independent Palestinian state would operate has not been addressed. How will the leadership ensure that it will serve all citizens equally? How will it guarantee Israeli security?

If a future Palestine cannot develop a working democracy, what could be the alternative? A few ideas come to mind, and I am fully aware that they are very difficult to achieve, if not impossible. Proposals include confederations with Egypt and Jordan; Turkey annexing Gaza; and, much to anticipated chagrin, Israeli control of its territories.

Palestinians might have acquired their own state now except that in summer 2000 then-Palestinian leader Yasser Arafat rejected an Israeli proposal for 93 percent of the West Bank, all of Gaza and east Jerusalem. At the very least, I suspect that Arafat expected that his more extremist citizens would never accept it and even attempt to assassinate Arafat. Possibly they wanted unlimited right of return into all of Israel, which would disrupt the demographic balance.

Negotiations were revived and broke down again. Israel under Prime Minister Benjamin Netanyahu suggested a plan that would offer the Palestinians a state with less land in the West Bank than proposed by Netanyahu’s predecessor in 2000, Ehud Barak. Why would the Palestinians accept less land after already rebuffing the more generous proposal?

If Gaza and the West Bank formed their own state, they would be at the mercy of larger nations that could box them in. Israel is already accused of doing that with Gaza, and Egypt has torn up part of Rafah, a city that straddles the border between Gaza and Egypt, to eliminate tunnels.

An attempt to connect Jordan with the West Bank failed long ago, and the 1979 peace pact between Israel and Egypt meant returning the Sinai to Egypt, but Israel kept Gaza. I recognize that any deal for any confederation is doubtful, to risk understatement, but this proposal appears to be the most workable.

Another proposal could be aptly named the Put-Erdogan’s-money-where-his-mouth-is plan. Turkey’s president, Recep Tayyip Erdogan, has spent years behaving like the champion of the Palestinians and repeatedly blamed Israel for the miseries suffered by them.

Why doesn’t he annex Gaza, now controlled by Hamas, and govern it? Of course, he would need to take responsibility for the Gazans’ needs and be accountable for any attacks originating from Gaza.

A very unwelcome possibility: Israel annexes Gaza and the West Bank and governs these lands without allowing Palestinians in the territories to vote in national elections. As many Israelis fear, a Palestinian majority could vote in Arab rule of the Knesset, Israel’s parliament.

It will be a pleasant surprise if Israel and the PLO seriously negotiate a two-state solution, though at the present rate it looks as if we will be stuck with the status quo for a long time.

Bruce S. Ticker, who writes from Philadelphia, also blogs for The San Diego Jewish World and Smirking Chimp and previously for the suspended Philadelphia Jewish Voice. He was previously a reporter and copy editor for daily newspapers in eastern Pennsylvania.
Previous Weekly Edition: March 12th, 2021
Next This Weekend at Nevei Kodesh, March 12-14