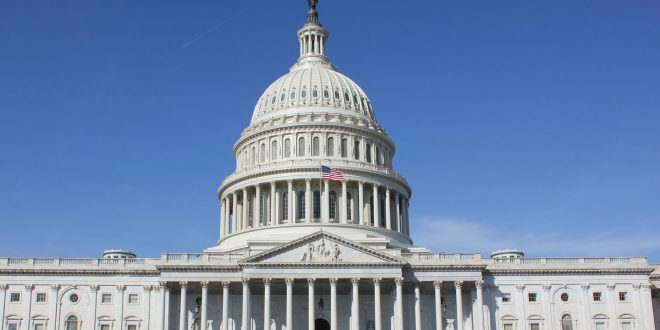 The Minneapolis Democrat was referring to the words of Rep. Lauren Boebert, who represents much of western and southern Colorado. Omar could have been referring to her own words – words like “the evil doings of Israel,” “the apartheid Israeli regime” and “all about the Benjamins” in reference to pro-Israel lobbying.

The words of both these sad examples of public service are indefensible. Both congresswomen utter words against their respective perceived targets – Muslims and Jews – that are distorting, insensitive, crude and hostile.

I hoped a few weeks ago that their feud peaked when Omar hung up her phone on Boebert after the Coloradan likened Omar to a suicide bomber and dubbed her a member of the “jihad squad.” On Sunday, Omar raised the volume once again. She suggested that House Speaker Nancy Pelosi will take “decisive action” against Boebert for her abrasive remarks about Muslims.

On Wednesday, Rep. Ayanna Pressley of Boston introduced a resolution to strip Boebert of her committee assignments, hopefully before the year ends. Pelosi was noncommittal on when the measure may come up for a vote.

Hypocrisy would be the order of the day if House Democrats take “decisive action” against Boebert while leaving alone Omar, Rep. Rashida Tlaib and other House Democrats for their rhetoric against Jews. The Democratic majority last month censured Rep. Paul Gosar, an Arizona Republican, and stripped him of his committee assignments for inciting violence against Rep. Alexandria Ocasio-Cortez, a Bronx Democrat. GOP Rep. Marjorie Taylor Green of Georgia was removed from her committees for inciting violence.

Meanwhile, Omar and Tlaib continue to serve on committees despite their periodic slams against Israel.

“I’ve had a conversation with the speaker, and I’m very confident that she will take decisive action next week,” Omar said on CNN’s “State of the Union.”

The Washington Post reports that it is unclear what Pelosi’s “decisive action” would involve. Omar called for Boebert to be stripped of her committee assignments and that House leaders should rebuke her to send a “clear and decisive” message.

As former New York City Mayor Michael Bloomberg points out, both political parties have coddled anti-Semites. However, the Democratic majority has limited action against bigots of any kind to Republicans during the past year. More importantly, the Democrats have slapped the Jewish community in the face with its selective punishment.

“In some circles on the left and on many college campuses,” Bloomberg said at a UJA-Federation event in Manhattan Monday night, “there are those who are using the political situation in Israel to spread lies and prejudices. They assert that American support for Israel is about nothing more than Jewish money controlling politicians and Jewish people acting as oppressors.” Bloomberg’s comments were quoted in Jewish Insider.

Democrats obviously tolerate Omar and Tlaib’s misrepresentations because they cannot afford to lose their supporters, who have evolved to automatically equate racism in America with perceived oppression of Palestinians. It is insulting to American Jews, most of whom are just as committed to helping our more vulnerable citizens. Roughly 75 percent of American Jews vote for Democrats and can swing elections in close races.

With her words during the CNN interview, Omar could just as well be talking about herself, as when she calls House GOP leader Kevin McCarthy “a liar and a coward.” During her first election campaign in 2018, she told Jewish voters that she opposes the anti-Israel Boycott, Divestment and Sanctions drive. After she was elected, Omar was quoted in a Muslim magazine saying she does indeed support BDS.

Conversely, do words like “evil doings” and “apartheid” explain recent attacks on two Orthodox children and an 18-year-old Jewish woman in Brooklyn, and in-your-face threats toward Jewish diners in West Hollywood?

The Jewish community should thank her for proposing counter-action when she tells CNN host Jake Tapper: McCarthy “doesn’t have the ability to condemn the kind of Islamophobia and anti-Muslim rhetoric that are being trafficked by a member. Because this is who (Republicans) are. And we have to be able to stand up to them, and we have to be able to push them to reckon with the fact that their party right now is normalizing anti-Muslim bigotry.”

If we replace “anti-Muslim” with “anti-Jewish,” it takes little effort to figure out what Omar’s words are “normalizing.”

Bruce S. Ticker, who writes from Philadelphia, also blogs for The San Diego Jewish World and Smirking Chimp and previously for the suspended Philadelphia Jewish Voice. He was previously a reporter and copy editor for daily newspapers in eastern Pennsylvania.
Previous Weekly Edition: December 10th, 2021
Next Celebrating Hannukah at Boulder as an Israeli!