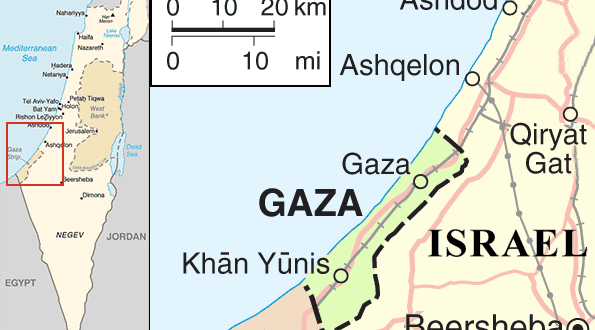 Bruce Ticker December 30, 2021 Guests and Blogs Comments Off on Column: Hamas To Be, or Not To Be

A few Hamas leaders fully expect Israel’s downfall, yet Israel may not want to dislodge Hamas from its perch in Gaza. That is due to the equally firm expectation Hamas will be replaced by something worse.

It has long been clear that Hamas tyrannizes the people of Gaza, and many Gazans are more interested in material things than in martyring themselves, though few specifics are available on any regular basis. Details of what transpires under Hamas rule tend to trickle out. However, The New York Times presented a summarized depiction of patterns in Gaza these days. This description is mixed and contradictory, and it is still skimpier than I would like to see. But it is helpful.

Their conflicted thinking is the silliest of patterns reported in the Dec. 20 Times article.

The article leads with a passage from a speech delivered by Kanaan Abed who declared: “The state of Israel will be history. Palestinians outside Palestine: Prepare your papers. You will return to Palestine after the liberation.”

It ends with the recent example of America’s abrupt exit from Afghanistan cited by Hamas co-founder Mahmoud al-Zahar, who said, “Once the Taliban succeeded, the Americans escaped.”

Yet deeper into the Times piece, Ghazi Hamad laments that governance remains “a big, big burden. How can we feed people? How can we lift the siege on Gaza? These are the main topics that we are thinking about all the time inside Hamas.”

I guess we must empathize with Ghazi Hamad, a member of Hamas’ political council, since ruling over people means the hard work of governing. Poor guy. The steep price of power.

The broader contradiction is that Israel should be required to provide aid to ease Gaza’s economic hardships. Israel has the gall to limit traffic between itself and Gaza along its land borders and territorial waters of the Mediterranean Sea – all to preclude weapons smuggling and the entry of terrorists into Israel.

A sane, rational person should go along with Hamad’s reasoning. Right?

We can empathize with those people in Gaza who do not share Hamas’ goals, if not those who prioritize their well-being over Israel’s destruction.

“I want work more than rockets,” Ali el-Jeredly told the Times. The 28-year-old Jeredly, who is unemployed, is waiting to apply for a permit to work in Israel.

The Times piece points out that unemployment in Gaza exceeds 40 percent and 10 percent have direct access to water, which is attributed to UNICEF. Gaza residents who need admittance to Israeli hospitals that perform complex medical procedures are subject to entry restrictions across the border.

The article adds that “Gazans also blame Hamas for exacerbating conditions through nepotism, corruption and incompetence, and for diverting too much money from social programs to military infrastructure.”

I recall reading that during an Israeli bombing attack that Hamas urged Gaza residents to climb to the roof of a building so that their presence can either deter an attack or martyr themselves so the world can witness Israel’s murder of innocent civilians. Some Gazans balked at the idea.

Even if most Gazans blame Israel for the deaths of their neighbors, they do not sound like people whose top priority is fighting with Israel. They first want to live normal lives. If they still seek Israel’s destruction, it is probably because of Hamas’ propaganda. Obviously, the news they receive conveniently ignores important information that might lead the people of Gaza to a different conclusion as to who did what-when and, especially, who is really oppressing them.

With all that, Hamas can breathe easy if a senior Israeli Army official’s take is correct. “We don’t want to defeat Hamas,” he said as quoted anonymously in the Times, because its main adversary in Gaza “is not better than Hamas.” He spoke on the condition of anonymity in accordance with Israeli protocol.

Meanwhile, Mahmoud al-Zahar, the Hamas co-founder, erroneously compared Israel to Afghanistan  when he said “the Americans escaped” in response to the Taliban’s approach to Kabul last August.

Just where do Israelis have to escape to? Israel is their home. They created the only Jewish nation because that is where they are from. They designed their military to defend their homeland, not to invade another country. The military is run by Israelis, not citizens of another country.

This is a matter of underestimating the enemy. Hardly the wisest start to waging a war.

Bruce S. Ticker, who writes from Philadelphia, also blogs for The San Diego Jewish World and Smirking Chimp and previously for the suspended Philadelphia Jewish Voice. He was previously a reporter and copy editor for daily newspapers in eastern Pennsylvania.
Previous Weekly Edition: December 31st, 2021
Next Boulder JCC to Sponsor Timely 4-Part Series: What Happened to You? Conversations on Trauma, Resilience, and Healing