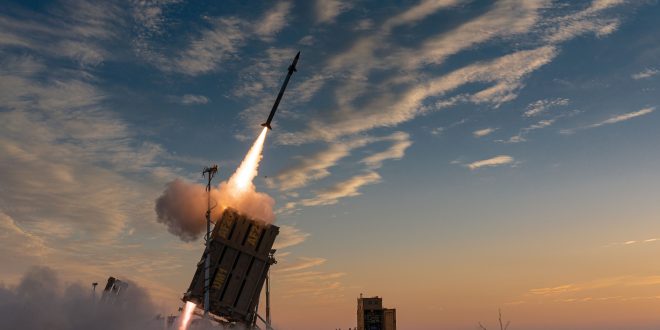 It might otherwise have been delightful to witness a lone irregular Republican senator join with a handful of insufferable House Democrats who take a bipartisan stand over process and money in the halls of Congress.

Yet $1 billion to replenish Israel’s Iron Dome missile system – a defensive system, mind you – was thrust into the midst of this legislative showdown. It was instead chilling, not delightful, to witness the spectacle.

The usual Israel-bashers in the House of Representatives exercised their influence on Sept. 21, compelling Democratic leaders to excise the $1 billion from an unrelated emergency government funding bill. Two days later, the House approved the Iron Dome allocation in a separate measure by a vote of 420-9 with two voting present.

This past Monday, Republican Sen. Rand Paul of Kentucky swore to continue to block the funds in the Senate when Democratic Sen. Bob Menendez of New Jersey sought to fast-track legislation for the expenditure which President Biden has said he will sign.

“It’s not about Israel, it’s about, once again, leadership, throwing something on our table last minute and expecting us to decide in five minutes what to do with it, that’s the bigger problem,” said Rep. Jamaal Bowman, who represents parts of the Bronx and Westchester County, according to the Jewish Telegraphic Agency.

Bowman and other members who periodically bash Israel – as opposed to offering legitimate criticism – put all Israel supporters on notice that the Democrats’ 95-member progressive caucus will subject Israel-related expenses to closer inspection in the future. Most progressives voted for it this time because the debate apparently convinced them that Iron Dome solely operates to protect Israelis, not to attack Gaza or anyone else.

The debate over process must have been mere coincidence that Israel was involved.

I will concede that some credible points were raised by Bowman, who ultimately voted for the funds, but some comments from Bowman himself and other representatives were warped, vicious and distorted. Once the bill reached the Senate, Sen. Paul’s follow-up move was at best confusing.

Whether intended or not, Israel was isolated from all else. Any argument about procedure can just as readily be applied to a wide range of issues. It reminds me how I have been treated because I am Jewish.

Rep. Rashida Tlaib’s speech on the House floor on Sept. 23, before she voted against the bill, no doubt left many viewers scratching their heads in confusion

These words stand out: “The bill claims to be quote a ‘replenishment’ for weapons apartheid Israel used in a crisis it manufactured when it attacked worshippers at one of the most holiest Islamic locations, the al-Aqsa Mosque, committing again numerous war crimes.”

Just how did Israel “manufacture” anything? What does “holiest” matter when violent protests break out there as the police claim? Whatever happened, does any of it justify Hamas hurling 4,000 missiles from Gaza into Israel? In other words, Israel – not the devil this time – made Hamas do it.

If ‘there’s no crying in baseball,” as Tom Hanks proclaimed in “A League of Their Own,” Rep. Alexandria Ocasio Cortez discharged tears in the House chamber as she wept after switching her vote from “no” to “present,” which means that she abstained.

The spectacle of Alexandria Ocasio Cortez tearing up on the House floor was nothing shameful. The problem was the profile in cowardice that she concocted. That day, she backed off from a vote she deeply believed in. On Friday, Sept. 24, the 31-year-old congresswoman, who demands that her colleagues show some backbone, wrote in a letter to her constituents, “To those I have disappointed – I am deeply sorry. To those who believe this reasoning is insufficient or cowardice – I understand,” as reported in The New York Times.

She created quite the leadership test, a test that she utterly failed.

Paul piled on last Monday when he applied circular reasoning to the debate: He demanded that Congress pay for the $1 billion addition to Iron Dome funding rather than contribute to the federal deficit. Such a move would in fact help Israel by maintaining America’s military strength, he explained.

Paul proposed pulling $1 billion from $6 billion set aside for Afghanistan, which he warned could come under the control of the Taliban.

Menendez retorted, “Senator Paul’s amendment would undermine U.S. national security, it would abandon the Afghan people in their darkest hour, and it would betray the American people’s commitment to supporting our Afghan allies. (It) would slash refugee assistance being used…to evacuate and resettle U.S. allies and partners who served alongside Americans in the war on terror.”

Because neither Menendez or Paul’s measures can receive a quick Senate vote, the Senate will need to schedule a floor vote, and the Senate is expected to approve the expenditure.

Matt Brooks, executive director of the Republican Jewish Coalition, dismissed concerns that anti-Semitism or antipathy toward Israel motivated Paul. “Senator Paul, who is a friend of Israel, is objecting not because he doesn’t support the critical work of Iron Dome but because he wants to see additional budget cuts to offset the cost,” Brooks said, as quoted by Jewish Insider.

Paul and Democrats’ gripes that the Iron Dome sponsors flout the need for transparency would normally make sense except that they abruptly became procedural freaks in joining the debate over Israel.

All the same, they have every right to question government expenses on behalf of American voters and taxpayers, especially for programs beyond our borders.

Congress should allow discussion over an amendment which is instead introduced at the last minute as part of a larger expenditure bill.

“That just isn’t the way things work around here,” said Rep. Pramila Jayapal, a Washington Democrat. “There was no discussion about it.”

As chairwoman of the Congressional Progressive Caucus, Jayapal led the push to separate the Iron Dome funding from the larger spending bill, according to JTA. The subsequent Sept. 23 debate evidently persuaded her to vote for Iron Dome. Eight Democrats and one Republican voted against it and two Democrats voted present.

Later in the day, Democratic Rep. Andy Levin of Michigan announced a introduction of a bill to restrict the use of funding for Israel, explaining, “The bill makes clear that assistance to help Israel to address its very real security challenges should continue at not one dollar less, but it cannot be used in a manner that violates internationally recognized human rights, or for activities that perpetuate the occupation or enable de facto annexation” of parts of the West Bank.

On the Republican side, Paul cannot be blamed for insisting that we pay for our expenses without adding to the debt. Our deficits are dangerous. I can support the Democrat-backed bills for infrastructure ($1.2 trillion) and social spending (up to $3.5 trillion) mainly because Paul’s Republican colleagues had no problem authorizing money for the Iraq and Afghanistan wars.

Playing games with the budget is hardly an innovation in Congress or anywhere else. When Israel is involved, it suddenly becomes a bipartisan cause celebre to object to such political tactics.

It must be a coincidence.

Bruce S. Ticker, who writes from Philadelphia, also blogs for The San Diego Jewish World and Smirking Chimp and previously for the suspended Philadelphia Jewish Voice. He was previously a reporter and copy editor for daily newspapers in eastern Pennsylvania.
Previous Alec Seligman Bar Mitzvah
Next Read Any Good Books Lately? It’s Time for Another Beth Ami Readers’ Circle! 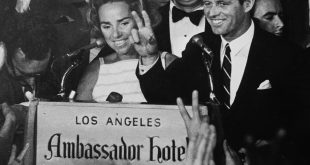 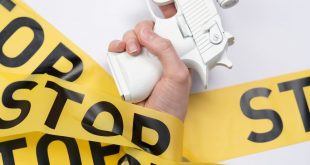