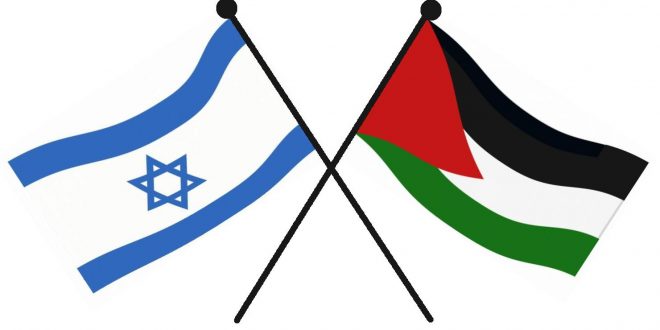 Arab nations invaded the new state of Israel a few years before I was born, at a time when the world was still shaken by the fury of World War II. Arab leaders urged their people to flee Israel in advance of the fighting and return once they drove the Jews into the sea.

The outcome differed from the plans of the antagonist nations. Arabs who fled could not return and formed a massive surge of refugees that has only grown after 73 years. So it should be only natural that the Palestinians persist in teaching their children about the satanic nature of Jews and compensate the families of terrorists who murder Jews.

The Israeli government and Jewish groups here last week properly objected to President Biden’s decision to spend at least $235 million to assist the Palestinians despite engaging in destructive activities; such aid was halted by President Trump in 2018. At the very least, Palestinians will feel encouraged to persist in attacking Jews and others in Israel.

In so doing, critics of Biden’s move bypassed a far larger concern: Just why should any country donate money to the Palestinians?

The Arab world created the refugee mess in 1948 and perpetuated it for the following 73 years, and at the present rate they will persist with it for another three-quarters of a century. Compounding this is the ability of oil-rich Arab nations to resettle Palestinian refugees, though it might have meant building fewer palaces and taking cheaper vacations.

Certainly the refugees should be helped, but it is bothersome that the Arab nations have done little or nothing for them.

Trump suspended most Palestinian aid in 2018, in part because the Palestinians ignored his efforts for a Middle East peace process and in part because of payments that are sent to killers of Israelis and Americans, the Jewish Telegraphic Agency reports. In addition, anti-Semitic content has long been present in its educational curriculum.

Critics focus on $150 million for humanitarian aid funneled through the United Nations Relief and Works Agency which provides assistance to 5.7 million people of Palestinian descent in Israel’s territories and in neighboring countries, according to The New York Times.

UNRWA has been described as the only agency solely dedicated to aiding Palestinian refugees since it was created 72 years ago. Critics have described the compensation program to families of terrorists as a “pay to slay” operation.

If history is any guide, the Palestinian Authority which governs the West Bank will persist with “pay to slay” and classroom anti-Semitism no matter what anyone does.

Some of the aid, especially for security coordination and vaccine distribution to the Palestinians, serves American and Israeli interests.

The Biden decision nonetheless serves as a gesture to help the Palestinians after Trump’s four years of ardent support for Israel, which Palestinian activists characterized as one-sided.

Politically, this step will help keep many so-called progressives in the Democratic fold. Many American Jews share the domestic goals of progressives, but some progressives seem to believe that a prerequisite to joining their team is to issue unfounded accusations against Israel.

Simultaneously, there is a segment of American Jews who would vote for Republicans if they come to believe that Biden’s actions undermine Israel. While Jewish support for Democrats has ranged from 67 to 80 percent in recent decades, that percentage plummeted during the last presidential election in Florida.

American Jews should find themselves in a quandary if they give this matter serious thought. The vast majority of Jewish voters – like the majority of Americans in general – wants gun safety laws, full health-care coverage, racial equality, housing for the homeless and so on, which the Democrats struggle for, but likewise they do not want Israel endangered. That issue is worth a full commentary in itself, and the conflict is definitely a difficult concern for Jews in this nation to reconcile.

Among sharp Republican responses, Sen. Ted Cruz of Texas spearheaded a letter to the president last week from 18 GOP senators calling on the president to suspend the payment subject to further congressional scrutiny, according to JTA.

They want the president to assure Congress that “necessary aid being provided to the Palestinians, including as envisioned by Congress and described in the Taylor Force Act, is tightly targeted to ensure that it benefits the Palestinian people and not the PA or Hamas,” JTA reports.

The Taylor Force Act, named for an American victim of a terrorist attack, conditions aid to Palestinians on whether the Palestinian Authority suspends funding for murderers of Israelis and Americans.

Republicans Sen. James Risch of Idaho, the top Republican on the Senate Foreign Relations Committee, and Rep. Michael McCaul of Texas, his counterpart in the House of Representatives, last week promised “to scrutinize every proposed program to ensure the administration’s actions are in lockstep with the Taylor Force Act,” according to JTA. Both have influenced their respective committees to postpone disbursement of the money.

The White House has sought to justify the funding, beginning last week when a State Department spokesman, indicated that any aid sent to the territories would be done through “development partners” and “not through governments or de facto government authorities,” according to the Times.

This past weekend, a senior U.S. official told JTA, “UNWRA has made clear their rock-solid commitment to the United States on the issues of transparency, accountability and neutrality in all its operations.”

For years, UNRWA has been accused of mismanagement and of anti-Semitic content in the textbooks used by the agency in the school it administers.

The official, who asked not to be identified, added, “What neutrality means in the context of the United Nations is zero tolerance for racism, discrimination and anti-Semitism.”

Predictably, Palestinian officials welcomed Biden’s decision, but they neglected to mention if they were committed to “zero tolerance for racism, discrimination and anti-Semitism.”

Can we trust a change of heart from the very faction – the Arab world – that produced this travesty?

Bruce S. Ticker, who writes from Philadelphia, also blogs for The San Diego Jewish World and Smirking Chimp and previously for the suspended Philadelphia Jewish Voice. He was previously a reporter and copy editor for daily newspapers in eastern Pennsylvania.
Previous Weekly Edition: April 16th, 2021
Next Is Suicide a Jewish Problem? 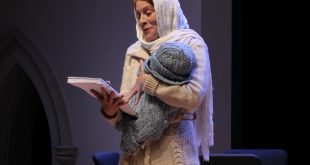 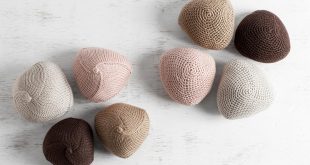 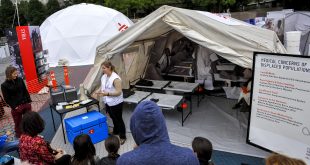 Doctors Without Borders to Reconstruct Refugee Camp on Pearl Street 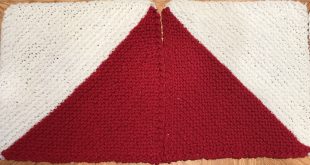 Knitting for a Cause – Welcome Blanket Project in Boulder

Advocates for the Palestinians exerted their terrorism talents in or near two prominent American cities 3,000 miles apart in recent weeks.