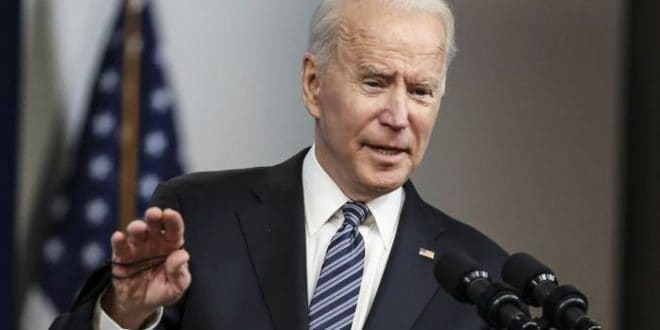 Bruce Ticker June 3, 2021 Guests and Blogs Comments Off on Biden Could Force Stark Choices For Hamas

Hamas terrorists might wish to relish their victory over Israel while they can – their cynical public relations victory. Israel is an ogre in the eyes of the world, Hamas is champion of the Palestinians.

It could replace Israel as villain of a drama that is much of Hamas’ own making. President Biden set the stage for doing to Hamas what he may never achieve with the Republicans in Congress: by firmly casting Hamas as the bad guy.

Biden swiftly moved to rebuild Gaza from the desolation resulting from the 11-day military confrontation between Israel and Hamas, a reluctant first step to involve his administration in the Middle East conflict. In the process, he sidelined Hamas. No leading, no following, simply to get them out of the way.

Hamas can respond by facilitating the efforts of any entity to revive the sections of Gaza damaged or demolished by bombings, or it can refuse to allow one or more factions in to do their work.

“In a sense, you need to put Hamas in a position where they have to choose between their rockets and the well-being of Gaza,” said Dennis B. Ross, who was President Clinton’s Middle East envoy, according to The New York Times.

Of all factions, Hamas is most responsible for rendering impossible a hopeful future for the Middle East. It controls Gaza, it is devoted to Israel’s destruction, it enjoys a measure of popularity among Palestinians, it can rarely be reasoned with and it can only be eliminated by taking thousands of civilians with it. A full-throated campaign to dislodge Hamas could lead to a Vietnam-style case of destroying Gaza to save it.

What Biden has done so far is remarkable, and the potential for the future is even more so: He is putting Hamas on the spot.

Biden plans to spend more than $360 million to aid Palestinians, with much of it to rebuild Gaza after bombings killed more than 230 people there and 12 in Israel, and forced 72,000 Gazans from their homes while hundreds of thousands more were cut off from water and electricity.

As he ended a brief tour of the region last week, Secretary of State Antony J. Blinken announced that he would work with other countries in the area “to ensure we all contribute to recovery, stability and the reduction of tensions,” according to the Times. Egypt offered to contribute $500 million for Gaza, and he pointed to Jordan’s “vital role” in working with the Palestinian Authority, Hamas’ political rival, in the West Bank.

The president has said that the authority should be responsible for reconstruction, not Hamas. Blinken suggested working with the authority as a means of undermining Hamas and to help make certain that Hamas does not benefit from the infusion of aid, the Times reported.

“Hamas does not want the PA in charge of this process,” said Ghassan Khatib, a political scientist at Birzeit University in the West Bank.

Perhaps Hamas will cooperate. Everyone wins if that happens. The people of Gaza can readily look forward to better lives, and perhaps peace can at last be achieved between Israel and the Palestinians.

Next up is the obvious question if that does not happen: What will Hamas do and how will America and other entities respond?

Hamas stirs up trouble on a daily basis and nobody seems to mind. The public has such a short attention span. It could be different with a President Biden involved. He is the leader of the free world, and when he speaks, people listen.

Biden ended up contending with this mess because the amount of Palestinian deaths caught the world’s attention. They took full notice that Israel’s missiles produced this carnage. Maybe they thought it too bad about the 12 Israelis killed by rockets fired from Gaza, but it was only 12 fatalities. Only.

Hamas terrorists look like babes in the woods compared to Israel’s powerful military, and that image could change if they obstruct reconstruction efforts led by that LEADER OF THE FREE WORLD.

Biden can exploit his bully pulpit to shame Hamas. He can shine an ultra-bright spotlight on Hamas so that the world will recognize the despicable nature of these terrorists. Biden can remind the world how much everyone is trying to help the Palestinian people, and now it is Hamas standing in the way.

After all, Israel is not blocking the rebuilding drive. Joe and all the good people of the world can do nothing to help these poor people so long as Hamas is obstructing them. All the fine intentions, all the money raised…WASTED BECAUSE OF HAMAS.

If history is any guide, Hamas will demand control of reconstruction, and if Biden gives them the wrong kind of shout-out they will be too stubborn to relent. Maybe Biden can apply sufficient pressure to move them, which is doubtful. It would be nice to help the Palestinians in Gaza, but the best we might get from it is that the blame will be directed at Hamas this time. This kind of outcome sounds nearly as cynical as the triumph that Hamas now celebrates.

Bruce S. Ticker, who writes from Philadelphia, also blogs for The San Diego Jewish World and Smirking Chimp and previously for the suspended Philadelphia Jewish Voice. He was previously a reporter and copy editor for daily newspapers in eastern Pennsylvania.
Previous Letter: Israel Needs No Lectures From Abroad
Next Shabbat: TGIF