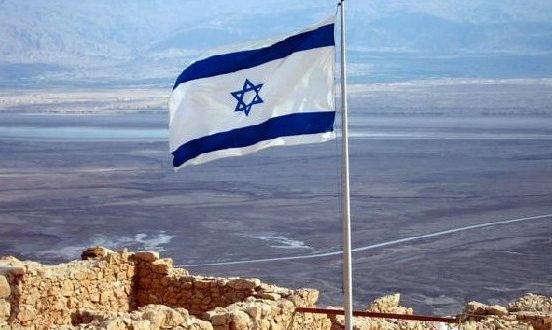 Staff October 3, 2021 Guests and Blogs Comments Off on 80 Years After the Babi Yar Massacre – Our Duty Cannot Be Destroyed

In September 1941, within just two days, the Nazis murdered 33,771 Jews in the Babi Yar ravine on the outskirts of Kiev in then Nazi-occupied Ukraine. In doing so, they had effectively eliminated the Jewish population in the country’s capital. The Jews did not gather in the ravine of their own volition. On September 19, the Nazis conquered the city and immediately started gathering all the Jews, with the locals eagerly assisting them. Once at the ravine, they were stripped of their clothes, jewels, and documents, then shot and dumped into the valley of death. Heaps of men, women, and children were buried there, and their story was silenced for many years.

The Nazis were the killers, but the thing that astounded many people most was the enthusiasm with which the Ukrainians helped them. Even the Nazis were bewildered by the ruthless hatred of the locals, as I had personally heard from people who lived at the time when the event took place.

Nevertheless, I truly have no grievances, no bitterness or anger toward any nation, however antisemitic. Since I understand where the hatred comes from, I can only point the finger at its source and urge its correction: we ourselves, the Jews.

Since the inception of our nation, we have been an oddity among the peoples. Our ancestors were not blood related or emerged from a single tribe, as is usually the case with the birth of nations. Rather, they were outcasts, pariahs, rebels who did not get along with their own people because they asked too many questions or were too opinionated. In the end, they found a like-minded leader who united them all under a unique ideology, which King Solomon later captured with a single verse: “Hate stirs strife, and love will cover all crimes” (Prov. 10:12).

The birth of the Israeli nation was no fluke. It came into the world in order to prove that people can unite above all differences, that there can be peace on Earth, and that by rising above our differences and hatred, we develop a new quality: the quality of love of others, to the point that one loves one’s neighbor as oneself.

Another uniqueness that Israel possessed was the fact that in order to become a Jew, you needed only to adhere to the law of loving others. It was an internal bond with others that made you Israel, and adhering to it was Israel’s source of strength. When Israel maintained it, it was untouchable; when it abandoned it, it grew weak and vulnerable, and other nations would conquer and afflict it. But the people of Israel were never entirely eliminated, not even during World War II, since its duty cannot be destroyed.

Once the people of Israel became a nation, they were tasked with setting an example of unity above division. The Torah phrases it with the simple onus to be “a light unto nations” (Isaiah 49:6), a light that illuminates the path out of the ego that is ravaging humanity and destroying the planet.

But we failed the nations and fell into unfounded, deep, and constant hatred of each other, and the world will not forgive us. This is why there is not one nation that is not antisemitic to various extents. However, not all is lost. On the contrary: As soon as we reestablish our unity, the world will change how it feels about us. You can destroy the Jews, but you cannot destroy the mission of the Jews. Therefore, until we carry out our duty, become the light of the nations by uniting above internal hatred, the world will not accept us or regard our existence in the land of Israel or anywhere else as legitimate. But once we rise above division, we will indeed be “a light unto nations.”

They call me "NewsHound IV," because I'm a clever Finnegan, sniffing out stories all over the Boulder area. I love Jewish holidays because the food is GREAT, especially the brisket. Well all the food. I was a rescue pup and glad to be on the scent!
Previous Letter: Voting “Present”: The Refuge of Cowards
Next Final Month for Outdoor Yoga with Caron 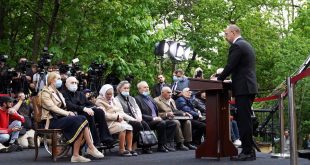