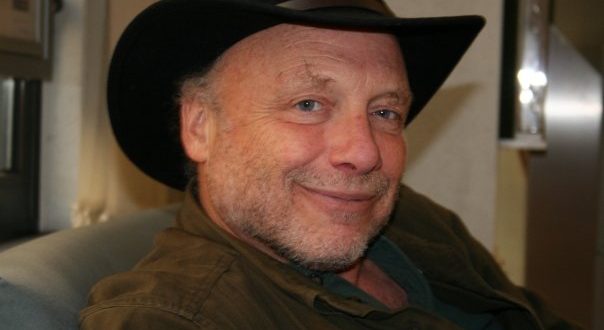 I’m 71, a retired lawyer who specialized in criminal law – both as a prosecutor and as a defense attorney.

I live in Longmont, Colorado. For the past six days I have been in Des Moines, Iowa because I volunteered to help the Sen. Warren Campaign here. On my second day here, January 28, I was arrested by the Des Moines police for misdemeanor trespassing at a local office of the Campaign. Its a complicated story.

I was then transported to the Polk County jail. Upon my arrival, during my booking, I was asked if I had any medical issues. I politely told my jailers that I had two medical issues.

One, I’ve had a cancerous bladder replaced by a neo-bladder. This necessitates that I clear my bladder every four to six hours by using a catheder. If I do not catheterize as specified, my bladder fills up thereby putting pressure on my kidneys. This pressure on my kidneys does not only cause extreme pain but, more importantly, it can lead to kidney failure and death.

At booking, I politely asked to use a catheter since it had been around six hours since my last catheterization. My jailers told me to tell this to “medical” who would arrive shortly. I was in custody for twenty-seven hours. During that time, I was allowed to catheterize only once. Do the math.

I received none of my medications.

My jailers and I got off to a bad start. I wear a “kipa” on my head, as do many observant Jews. When the booking officer ordered me to remove the “kipa” I refused.

Right after that, I was non-too-gently shoved, handcuffed, into a holding cell with about twenty prisoners. I entered the room. Introduced myself. Told these bedraggled, worn- down-by-life, wretches that I was a criminal defense attorney and that I had only one word of advice for each of them as they went to be interrogated by the police – Keep your fucking mouth shut about everything. Naturally, the holding cell is bugged. My jailers heard my every word.

Because of the jail’s refusal to provide me catheters or medications, I began a peaceful protest in a vain attempt to get vital medical help. I did this, at the beginning, by simply ignoring anything the jailers said to me. This angered the hell out of my jailers.

First, they added feet restraints to my already cuffed wrists which were chained to a waist chain. Then they threw me into a six by twelve foot cinder block sell with a cement floor. I was placed on my stomach. This position left me lying on the cold cement floor for twelve hours. I was soon lying in my urine and feces. I did somehow, mange to crawl my way to the cell’s iron door. I kicked at the door as hard as I could for as long as I could. This only managed to anger the jailers even more.

Next, I was taken to another cell. I continued my kicking at the door. The jailers then took me to still another cell where I laid for several hours. At all times, I continued pleading with my jailers, to no avail, to provide me a catheter and my medications. By then my bladder pain was excruciating.

In utter desperation, I dragged myself to the cell’s door and pounded my head against the window in order to get the attention of my jailers. By this time I thought that I was going to die a lonely death in jail. So I continued pounding my head against the glass. Soon, blood began to run down from my forehead. Needless to say, this too failed to get me any relief from my miseries.

Now the jailers put me yet another cell. This one was for prisoners on suicide watch. I told the jailers who were dragging me around if they were going to do an “Epstein” on me. Epstein was a predatory pedophile in custody at a federal jail in Manhattan. He, too, was on a suicide watch at the time. His jailers failed to keep an eye on him. He killed himself. None of my jailers had a clue about what I was referring to. When I educated them, they were not the least bit amused.

In this suicide watch cell, I was stripped naked and again hog-tied lying on the cold cement floor for several hours. During this time my forehead still bled. I had no way to relive myself. Hence, I lay there for hours in a pool of my blood, urine and feces. Still no water or food.

The next time my jailers came to my cell to move me, once again, two beefy officers held me, one at each side – their faces practically touching mine. I faced my closest jailer, looked him straight in the eye and spit in his eye. They immediately began pounding away at me. I was thrown on my back and one officer put his full body weight on me with his knee and kept pushing down on my back with his full body weight for some time causing me immense pain. The pain was intensified by the fact that my kidneys were already in great pain from my blocked up bladder. When I regained my composure, I told him that I had a very contagious disease which was communicable through bodily fluids. He asked me what the disease was. Whether it was HIV. I ignored the question. This time, more than anger. This time palpable fear.

In about an hour I was taken in a wheel chair before a magistrate to enter my innocent plea and for the magistrate to set my bond. Seeing that I had no criminal record whatsoever and looking at my bloody face, she ordered my release with zero bond, on my word that I would appear at the next scheduled court hearing in about one month.

My jailers then called in the Medical Examiner to draw my blood, presumably to check for HIV. That simple blood drawing left a big blue and black bump on my arm.

I am now seeking the advice of legal counsel in order to bring suit against the Polk County Jail and all of the officers who tortured me, needlessly.

I remain a proud Jewish fighter. May ancestors include Joshua, Judah the Maccabee and King David. More, my parents are Holocaust survivors to whom I swore NEVER AGAIN.