Staff October 19, 2020 Events Comments Off on See “Children of the Inquisition” Online and Join Discussion

Temple Aaron of Trinidad, Colorado will be screening the documentary film “Children of the Inquisition” in an online event Saturday, October 24, 2020.

After watching the film, join us Saturday October 24 at 6:00 pm MT for a live (via Zoom) discussion with Peabody award-winning producer Joseph Lovett. Joining him will be Carlos de Madeiros, a contemporary descendant featured in the film, and Corinne Brown (Vice President of Communications at Society for Crypto-Judaic Studies and Editor of their journal, HaLapid).

Register online at www.templeaaron.org $10 per person

About Children of the Inquisition

Children of the Inquisition, a remarkable reconsideration of history and identity, takes us on a 500-year trek across continents, oceans, and political landscapes when intense religious persecutions forced people to convert, flee, and hide in order to survive.

The film follows a diverse international cast as they search to discover what happened to their Spanish and Portuguese ancestors as they were pressured to convert to Catholicism or flee during the Inquisition.

The film follows more “openly Catholic and inwardly Jewish” families from Portugal to Brazil and the Caribbean to the United States and from Spain and Portugal to Mexico to the American Southwest.

The film’s revelation of these treacherous journeys and conflicting identities leaves audiences questioning their assumptions about their own family histories and identities. During today’s unprecedented social, ethnic, and racial divisiveness, “Children of the Inquisition” breaks down barriers between people and re-establishes the history we share.

Special thanks to the Jewish Federation of New Mexico for helping to make this possible.

They call me "NewsHound IV," because I'm a clever Finnegan, sniffing out stories all over the Boulder area. I love Jewish holidays because the food is GREAT, especially the brisket. Well all the food. I was a rescue pup and glad to be on the scent!
Previous IST is Turning 50! IST@50 Kick-Off-Town Hall-Launch Party-Birthday Celebration*
Next Jews of Color Career Development Program Launches on Indigenous People’s Day with Aim to Diversify Jewish Leadership 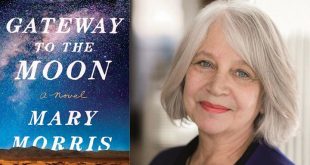 Curious about our religious school programs for students in grades 1 - B" Mitzvah Age? Drop-in at our Open Houses to learn more.