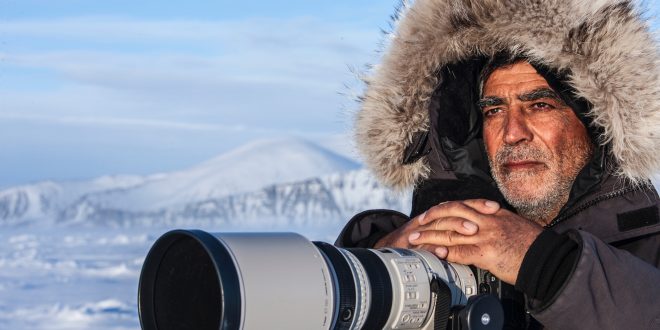 While watching the Oscars with the usual mixture of morbid fascination, mild disgust, and pure glee last week, I thought about how difficult it is to compare and judge films in any meaningful way – even though I select 18 “winners” from a large field of contenders every year.

I can laugh at the Oscars’ apples-and-oranges premise, and at the same time root for films I found especially impactful, original, or artful. (This year, “Jo Jo Rabbit” was my favorite.)

One of the rewards of giving awards to films, however, is that awards help foster appreciation for the merits of different kinds of films and the different skills that each film requires.

I began to think of the relative merits of the films in my festival, and how I might create my own awards.

So here are my own picks, totally biased. But you can judge for yourself, and I urge you to vote for your favorite film when we send out the traditional post-festival survey. Look for it in your inbox on the evening of Sunday, March 15. 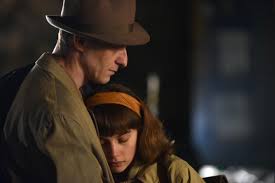 Best Foreign Film – “Those Who Remained”

In this Hungarian post-Holocaust story – shortlisted for the Oscars – two survivors seek emotional solace amid rising state repression. Echoing the theme and sensitivity of “The Lives of Others,” this achingly beautiful film depicts the challenges of healing from trauma, and the cruel fate that many survivors faced after the war. Prior to the screening, the BJCC will inaugurate the Irene Rosenschein Memorial Holocaust Education Fund. The Boulder International Film Festival also screens this haunting drama on Thursday, March 5 at 5:00 pm. 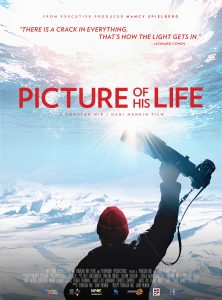 Best Cinematography – “Picture of His Life”

When Dani Menkin trained his lens on fearless Israeli underwater photographer Amos Nachoum, he took on a challenge equal to the one his subject was undertaking. While Nachoum was pursuing his dream of capturing the first images of polar bears taken while swimming with them unprotected in the wild, Menkin had to be there with his camera team on this daring quest into the Canadian Arctic. The results are visually stunning.

Best Performance by an Actor –  Yossi Itai and Sameh Zoabi

It is a dead tie between two actors from the Middle East, both playing the lovable nebbish in unlikely comedies that dare to employ humor to humanize political realities. In “Tel Aviv on Fire,” Palestinian actor Sameh Zoabi deserves all the credit he has been receiving as the hapless accidental screenwriter on a soap opera. Yossi Itai has also been winning awards for playing an accidental tour guide in “Born in Jerusalem and Still Alive,” which he wrote and directed. It is fitting that two actors share the award for playing smart, self-effacing, sardonic characters who humble us all with humor. 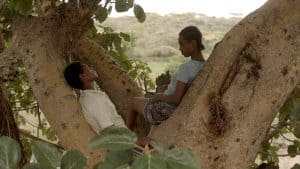 Female writer-director Aalam-Warqe Davidian re-imagines her traumatic flight from Ethiopia as a teen in “Fig Tree,” which was nominated for a best picture Ophir (Israeli Oscar), winning for cinematography. First-time screen actress Betalehem Asmamawe, who was cast before the filmmakers discovered she was Jewish, conveys the emotional turbulence our confused young heroine experiences on the eve of her family’s secretive departure for Israel.  Some performances feel so real, you forget they are performances. Without Asmamawe’s natural ease in front of the camera, this story would not grip the heart as it does.

Aviva Kempner’s acclaimed biography of Moe Berg has the rare distinction of surpassing the 2018 feature film that preceded it, “The Catcher Was a Spy,” based on Nicholas Dawidoff’s biography of the same name, starring Paul Rudd. Larger than life, the real Moe Berg provides ample fascination in Kempner’s surprising tale of a brilliant, enigmatic Major League catcher and US spy. Kempner’s sports and spycraft tale of intrigue is more suspenseful than the Hollywood version, proving the power of documentary story telling. 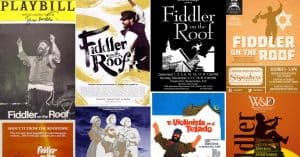 With no competition as the best Jewish musical of all time, “Fiddler on the Roof” is a Broadway and Hollywood legend that endures to this day, in no small part due to the astonishing success of Joel Grey’s Yiddish revival. With music by Jerry Bock, lyrics by Sheldon Harnick, book by Joseph Stein, produced by Harold Prince, and choreographed by Jerome Robbins, the unpromising 1964 show was an adaptation of Sholem Aleichem stories set in the Pale of Settlement around 1905. Its smash success around the world proved the maxim that the universal resides within the particular. The magic of this quintessentially Jewish yet somehow universally embraced story of shtetl life lives on in this endearing love letter to Fiddler. 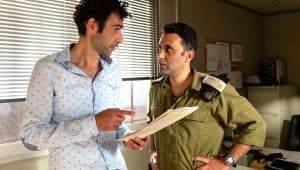 While there’s undeniably little to laugh about in the conflict-ridden Middle East, there is the equally undeniable fact that humor can have a profoundly humanizing effect. Treading a comic landscape strewn with political land mines, Palestinian director Sameh Zoabi bravely manages to find comedy in the universal absurdity of human life, institutions, artistic pretentions, and bad taste. Funny is funny, and humor is best when it unites us, as this satire of human nature and lowbrow entertainment reminds us. 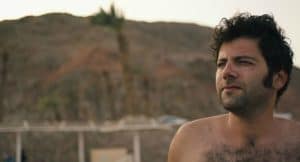 Many festivals now honor new filmmakers for displaying promise, understanding that these young directors cannot compete with the veterans such as Aviva Kempner or Dani Menkin. Yossi Atia – who was  deservedly awarded that prize by the Jerusalem Film Festival in July – wrote, directed and stars in this affable story of one man coping with trauma. Atia pioneers a natural, almost documentary-like style of filmmaking. With a smart-funny, neurotic Woody Allen-esque nebbish hero, the film has a shaggy-dog kind of charm. Sincerity is a powerful tool in the hands of an original artist, and Atia’s dark comedy is disarming and deceptively impactful.

Kathryn has spent her professional life writing about, teaching, and presenting the arts. Founding Director of the Boulder Jewish Film Festival, Kathryn was Director of Menorah and ACE at the Boulder JCC from 2003 through August, 2019. The former film and theater critic for the Boulder Daily Camera, Kathryn is the author of "The Fifty Greatest Jewish Movies" and "The Fifty Funniest Films of All Time." kathryn.bernheimer@gmail.com
Previous March at Bonai Shalom is Packed with Exciting Events
Next Weekly Edition: February 21st, 2020