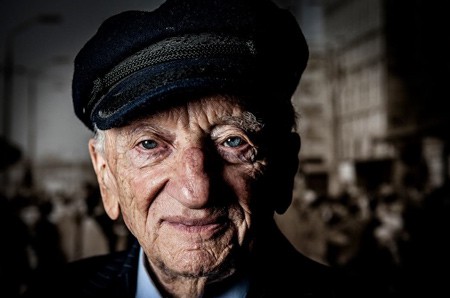 We are excited to have the film “Prosecuting Evil“ showing at this year’s Boulder International Film Festival! At 98 years old, Ben Ferencz is the last living lead prosecutor at The Nuremberg Trials and remains an unstoppable force for justice in the world.

As an Army gunner in World War II, he was assigned as an investigator to help liberate the Nazi death camps which, according to his son Don Ferencz, “lit a nuclear fire in the belly of this man.” Already a lawyer, he was appointed by the Army, at the age of 27, to be chief prosecutor for the US Army at the Einsatzgruppen Trials at Nuremberg, where he gave such an impassioned opening statement that it was seen worldwide in movie newsreels​.

This film will have one showing, at 10:00 am on Friday, March 1st at the First Presbyterian Church. Learn more about his amazing journey to liberate the World War II Nazi camps in the film and buy tickets at: https://biff1.com/biff-2019/prosecuting-evil/

Here is the link to the film page synopsis: https://biff1.com/biff-2019/prosecuting-evil/

Here is also the link to the trailer: https://www.youtube.com/watch?v=6gOWfoC5lu0

The Boulder International Film Festival brings films and filmmakers from around the world to Boulder for a four-day celebration of the art of cinema. Featuring a wide variety of films from local, national, and international filmmakers, including many that have gone on to significant box-office success and multiple Oscar nominations. Adding to the BIFF experience are events featuring nationally renowned chefs, filmmaker happy hours, multiple opening night Galas, talented musicians and much more. The Festival attracts more than 25,000 film enthusiasts, media and industry each year. BIFF has been proud to host and celebrate some of film’s most talented people, including Alec Baldwin, James Franco, Shirley MacLaine, Alan Arkin, Martin Sheen, Oliver Stone, William H. Macy, Peter Fonda, Chevy Chase, and many more.