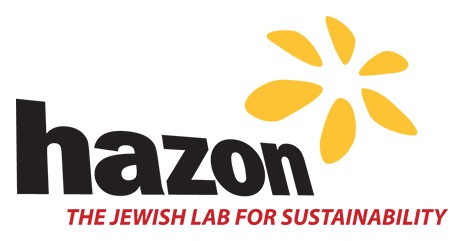 Of Bikes, Tables and Trees

Becky O'Brien July 25, 2019 Guests and Blogs Comments Off on Of Bikes, Tables and Trees

Well: it was a funny week.

On Shabbat I discovered my bike had been nicked, overnight.

This was my fourth or fifth stolen, over the years, in this otherwise law-abiding city.

Then that evening it turned out that a (lowish) online auction bid of mine had been successful – I had just bought Philip Roth’s library table. It will be the new table in our study, and I shall pull up my chair and crack open my laptop and sit there and write some of these emails.

What kind of weird karmic trade-off is that, to lose a bike and gain Philip Roth’s table?

Will my emails come out differently in the future?

Then Britain got a new Prime Minister. Shortly before the result was to be announced, the G!d I don’t believe in demonstrated a certain kind of humor when They had me walk past a Range Rover with the license plate “FLEE”… (But flee to where, exactly?)

So I was reminded again that this is a period of transition, and things are changing, as they always change, in the world and in our lives, in small ways and large.

And in the world at large, as you are surely noting, we are crashing through a significant tipping point in relation to the climate crisis.

A digression: I have always found it fascinating to wonder why exactly markets crash when they do; when they actually do. Almost always there will have been news stories that presaged a fall, stories about stocks being overvalued or yield curves inverting or the economy softening or frothy IPOs, and they were ignored and ignored, and the market kept going and kept going… until one day it didn’t.

I remember that through the summer of 1987 there were lots of stories about how fully valued markets were – and markets chugged along. That fall, Shmini Atzeret and Simchat Torah, the last two days of Sukkot, fell on a Thursday and Friday, so I was off work. That Thursday night and early Friday morning there was an indescribably humongous storm. It woke me during the night. (I just looked it up – turns out it was “a violent extratropical cyclone.” Who knew you could have such things in England?) On that Friday morning my boss was going to work and he made it only as far as Wimbledon tube station. There were large mature trees felled by the storm, strewn across the roads like matchsticks. He realized he wasn’t going to be able to get in – so he went to a payphone and called the dealing room to tell them to sell the insurance stocks. It was the one good decision that got made for our clients that week. That Friday the market, led by the insurance stocks, started falling, and it accelerated through the day, and in other markets too. And then that next Monday morning, Black Monday as it became known, markets around the world, including in the UK and the US, completely collapsed. The Dow fell 22% – to this day the largest one-day fall in its history.

I’m not making the point that the Great Storm (as it became known in England) was a manifestation of climate change. For all I know it could have been, but I have no idea, and that was certainly not part of the story at the time. Though in the coming years there will undoubtedly be a storm of such violence and destruction that it will hit markets very intensely indeed. And we are already well into the territory in which (a) certain assets become privately uninsurable and (b) the federal government, and national governments generally, start to face complex issues of moral hazard in relation to post-storm rebuilding.

But my broader point is a different one – that when markets suddenly fall, usually the facts didn’t suddenly change, but rather some invisible tipping point was crossed, and aggregate marginal human mood and behavior shifted quite suddenly.

And that’s the territory we’re broadly heading into now, in relation to the climate crisis.

If you read the Guardian – and if you don’t, you should – you will see the seriousness and intensity of their environmental coverage (which is more persistent and more consistently above the fold than that of the New York Times or any of the other US papers). The climate crisis is getting worse – that is true, but it has been true each year for twenty consecutive years, and that is not my point. My point is that people’s awareness of it is shifting. The alarm is deeper and more widespread. We have a dawning consciousness, in our guts, in our minds, that this is really getting worse. And that we must change our ways, and encourage and countenance much more radical changes in the future.

This is the moment of time we now are in, and it is backdrop to this new phase of Hazon’s work, to the work we want to do. It is true that we are “the Jewish lab for sustainability”, it is true that at Isabella Freedman and in our work in Colorado and Detroit and through Adamah and Teva and our Hazon Seal of Sustainability and our Rides and in other ways we have prompted people, thus far, to learn, and to change behaviors. But we’re now planning and building capacity to start to reach out across the Jewish community much more systematically. We want to ask:

What is happening in the world?
How is our behavior impacting the climate?
What are the human consequences of those changes?
Who suffers, where, in what ways, and with what tertiary consequences?

And then:
Can we be Jewish and ignore this?
What does it mean to keep kosher or keep Shabbat or care about Jewish education, if we are not being serious and systematic in learning about the consequences of what we are doing; if we are not then changing our behaviors; and if we do not then, further, stand up to demand that we all change?

I am old enough to remember when it was inconceivable that cigarettes would be banned in places of work or restaurants or bars or private homes. But a tipping point was reached.

I am old enough to remember when gay marriage would have been literally inconceivable. But a tipping point was reached.

I am old enough to remember when the notion of being a gay Conservative rabbi was inconceivable. But a few weeks ago I was at the ceremony in Jerusalem at which orthodox semicha was awarded for the first time to an out gay man.

And I note the famous story that Lord Sacks tells about when, as an undergrad,  he went to meet the Lubavitcher Rebbe, z”l.  Sacks was asked what he was doing for Jewish students at Cambridge, and he began his answer by saying, “in the situation in which I find myself…”

And his point was: things don’t just happen. We have choices. We make things happen – by our actions, and by our inactions.

Those tipping points about banning cigarettes, or gay marriage, or gay semicha – they didn’t just happen. People made them happen. They wrote and learned, they talked to others, they organized, they demonstrated, they lobbied, they changed their own language and views, they changed their institutions. Certainly within the Jewish community, some of them were friends and colleagues – Rabbi Steve Greenberg, Sandi DuBowski, Idit Klein, and others. Then a tipping point was reached.

I end by noting that we’re now in the three weeks. This is the time that Jewish tradition devotes, each year, to memorializing destruction, much of it, according to the rabbis, the consequences of our own stupidity or internal enmity or of lashon hara, evil speech. The period leads up to Tisha b’av, a day of multiple calamities across the centuries in Jewish life. And so we are invited, in essence, to consider the ways that our behaviors might lead to calamities in our own time – and, as Jewish tradition always teaches, to use that consideration to change our behaviors now. Presciently the tradition is not to eat meat for the nine days leading up to Tisha b’av. That tradition arose long before “the climate crisis,” and long before the development of CAFOs (Concentrated Animal Feeding Operations– globally, the cause of at least 15% of anthropogenic climate change, and Jewishly, where most of our kosher meat comes from).

If you’re not observant, now of all times is a good time to cut out meat, or certainly industrial meat and dairy. And if you are observant, now might be a time to think about whether and how lessons from the three weeks and the nine days could be applied in the rest of the year. And two more dates for your calendars, in the fortnight leading up to Rosh Hashanah: on September 19th, Jonathan Safran Foer’s We Are The Weather comes out – an important and immensely readable book on how what we eat is a key driver of the climate crisis. Then the next day – September 20th – is a Global Climate Strike. Make a note – and think about how you might make a difference, that day.

So: change is coming, and let’s plan for it, and be part of it, for good. Trees will be felled – and we will want to replant them. There will be new bikes and old tables. We will change how we eat, and how we understand Jewish tradition, and how we construct Jewish life. And together we will try to live better, in this beautiful world.

Hazon is America's largest Jewish environmental organization. We create healthier and more sustainable communities in the Jewish world and beyond. Hazon in Colorado is led by Becky O'Brien, Boulder Director and Sarah Kornhauser, Denver Director.
Previous Weekly Edition: July 26th, 2019
Next Girls’ Time – An Outing Based Program for 5th-6th Graders