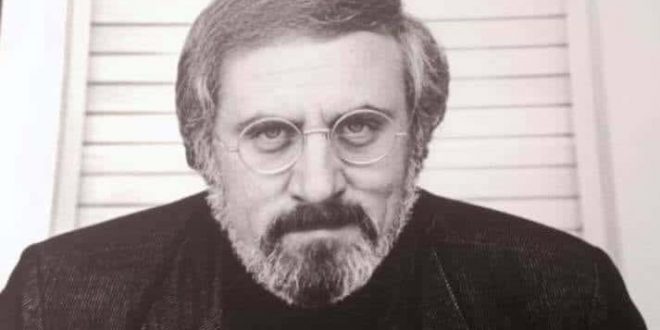 My brother Martin Bernheimer died Sunday, September 29, the day after his 83rd birthday, after a long and cruel illness.

Martin, 15 years my senior, was born in 1936 in Munich, where Hitler and his brown-shirted thugs were terrorizing Jews on the street. Apparently, this blond toddler with dazzling big blue eyes was once photographed in the park by a journalist who mistook him for the ideal Aryan child.

My mother would often say that Martin was one of just a few dozen Jewish children born in Munich that year, most Jews fearing this was not a good moment to bring Jewish children into the world. My young mother, an optimistic force of nature destined for survival, was not deterred from motherhood even as she urged the family to leave Germany.

I am sure Martin did not have any memory of Kristallnacht, when the Nazis came knocking in the middle of the night to arrest our father, kicking my brothers around while looting the apartment. My older brother George would have been five then. Our father spent a few weeks in Dachau before the entire Bernheimer family managed to flee with none of their vast fortune.

When Martin arrived in America in 1940, after a year in England, he spoke not a word of English or German. He refused to speak at all. Family legend has it that one day my mother promised to buy him a bicycle if he would only say “how much wood could a woodchuck chuck if a woodchuck could chuck wood?” Allegedly, Martin took a deep breath and recited the tongue twister perfectly. By my mother’s account, they were obligated to buy him a bicycle even though it meant forgoing the dentist and new shoes for a number of months. Apparently, he never stopped talking after that, developing a fierce love of language perhaps attributable, in part, to this immigrant experience.

Martin did not like to talk about his childhood, the years the family spent in rural Massachusetts as penniless Holocaust refuges. Being German could not have been easy in WW II America, and Jews were otherwise nonexistent in the small town where our parents settled.

It’s as though his life began when he went off on scholarship to Brown University, then on to graduate school at NYU, and a brilliant career as a Pulitzer Prize-winning music critic at the LA Times.

In 1982, I was also working for a daily newspaper as an arts critic when I got an excited phone call from my mother. “Vell,” she exclaimed. “Martin just von ze Pulitzer Prize – but don’t vorry, you’re next.”

When Martin moved to California in the mid ‘60s to become the music editor and classical music critic for the LA Times, he relished his role and played the image to the hilt. He had an excellent three-decade run in the heyday of journalism.

My mother could not have been prouder of my brother, both for his position as a feared and revered critic, and of his smart, funny and beautiful wife Cindy and his family of four children. Their first home, atop Laurel Canyon in halcyon days, represented the pleasure he took in his success.

Our mother took very personal pride in his career. After all, she had introduced him to Mozart, which she played loudly on the radio while plucking chickens on their chicken farm and crying over a cultured life left behind in the rubble of the Third Reich. Martin reclaimed a stolen family heritage for her.

In 1950, Martin famously visited Munich, where the Bernheimer family was slowly reclaiming the largest antique house in Europe, and on a whim submitted to the New York Times an article about Opera in postwar Germany. The Times accepted the piece but scrapped it at the last minute. It was on this same trip to Munich that my mother discovered she was pregnant with me at the age of 40. My brother must have been annoyed and embarrassed and a little jealous of the golden daughter that came as our mother’s reward for decades of hardship.

The Bernheimers are nothing if not adaptable, and when newspapers went into decline in 1996, Martin picked up at the height of his career to head for New York and a life as a freelancer with his new wife.  Not coincidentally, I also left daily journalism in 1996, and we spoke often during our transitions.

Martin’s career ambitions may not have been completely satisfied in this next chapter of his life, but there was no doubt that he found a happiness that had previously eluded him. Again, he had a second great run in New York, blissfully married to the theater critic for Newsday, Linda Winer.

The deafness that marked his last years was unspeakably cruel. His end was not free of suffering.

I can’t pretend to know how Martin felt about his life. But I imagine he counted himself satisfied, pleased with his considerable accomplishments. I do know that he lived life on his own terms. He was his own man.

Martin’s critical faculties were crucial to him. He could never resist an opportunity to display his vicious wit. He prided himself on his sense of humor above almost all else. He was pathologically unsentimental. He could be intimidating but could turn on the charm when required. Demanding and critical, he also had a terrible streak of kindness. He was a gifted teacher and generous mentor. He despised formality, had no use for Judaism, showed no trace of nostalgia, and loved nothing better than a vicious but well-placed jibe. He left behind many grateful students, legions of appreciative readers, and reverent colleagues.

Blessed with discernment and sophistication, he moved music and criticism forward with his passion. He made music better and made music criticism better. I think he understood that and was rightfully proud.

I do know how proud my mother was of her famous and cultured son. Martin was an incredibly devoted son, always sending his clippings to our mother and taking her with him to gala opening nights, concerts and operas. She loved nothing better than to be on his arm when he was reviewing.

Sadly, although explicably, my brother and I seem to have missed almost every opportunity to forge a meaningful relationship, beginning in my childhood. By the time I was walking and talking, my brother was off at college, and on his visits home I remember only that I would hear him typing late into the night in the next room, no doubt working on college papers and perhaps his first reviews. We were separated by age and by distance, but also by our view of life. Martin tended to hold people at a distance, so it was easy to blame our lack of closeness on him.

In reality, my brother and I were much alike in many ways. I understood his terrifying honesty, even though it could be directed at me or someone I loved. He forced me to own my own arrogance. He inspired me by his life, suggesting I might also reclaim our family heritage, in some small way, as a force in the arts world.

In the last decade we struggled, as so many families do, with decisions around the care of an aging parent, in our case a fiercely independent mother who lived beyond her means and health to 104 ½. As crises came and went, we jokingly referred to the roller coaster experience as: “The apocalypse! Oh, never mind.”

We may not have grown up together, but we both grew up basking in the same full sun of our remarkable mother’s lavish love.  We were bonded by our shared appreciation of our good fortune in mothers. She made us both feel special. And so he was. And so he was.

Kathryn has spent her professional life writing about, teaching, and presenting the arts. Founding Director of the Boulder Jewish Film Festival, Kathryn was Director of Menorah and ACE at the Boulder JCC from 2003 through August, 2019. The former film and theater critic for the Boulder Daily Camera, Kathryn is the author of "The Fifty Greatest Jewish Movies" and "The Fifty Funniest Films of All Time." kathryn.bernheimer@gmail.com
Previous Shana Tovah! Weekly Edition: October 4th, 2019
Next 5780: The Year of Environmental Teshuva