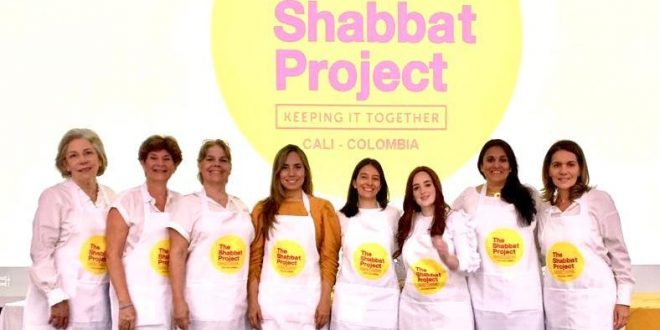 Largest Shabbat Project yet sees Jews in 1,685 cities and 106 countries unite around Shabbat including a poignant moment of Jewish unity in Tel Aviv where partners opened their homes and tables for under-fire residents of southern Israel.

From November 15-16, the 7th annual international Shabbat Project outdid its predecessors on all fronts, reaching 1,685 cities and 106 countries across the world, and attracting record numbers of participants in many of those cities. Cities in the United States comprised approximately half of all participating communities.

The 2019 Shabbat Project called on Jews to “Jump Together” in response to rising levels of violent anti-Semitism in the U.S. and worldwide – to “redouble our humanity” and embrace a more uplifting Jewish identity. American Jews responded to the call through a dramatic uptick in Shabbat Project participation, with events including challah bakes, havdallah concerts, family and community dinners, festive prayer services and children’s activities taking place in 771 U.S. cities.

“The growing numbers of people participating – and the passionate level of engagement – demonstrates the Jewish people’s connection to the values of Shabbat – faith, family, community and unity,” says South African Chief Rabbi Dr. Warren Goldstein, the founder and director of The Shabbat Project. “This past Shabbat, we showed the world – and ourselves – who we truly are.”

The Shabbat Project and its partners facilitated thousands of events around the world, while reaching 210 new cities and seven new countries (Rwanda, Papua New Guinea, Antigua and Barbuda, United Arab Emirates, Latvia, Afghanistan, Luxembourg and Oman).
“The 1,685 cities participating worldwide represent more than 10-percent growth from the 1,511 cities that took part in 2018, and we are thrilled that the response to this year’s Shabbat Project has been stronger than ever,” says Tanya Harati, global director of operations.

Among the transcendent moments of Jewish unity surrounding this year’s Shabbat Project, one occurred amid last week’s escalation of rocket attacks on southern Israel from Gaza. In a poignant gesture in Tel Aviv, the longtime Shabbat Project partner White City Shabbat expanded its already oversubscribed Shabbat dinner for more than 1,000 people to under-fire residents of southern Israel free of charge, while local Tel Avivians also opened their homes to families from the South.

“There wasn’t even a question, this is what the Jewish people are all about,” said Deborah Danan, co-founder of White City Shabbat. “We support each other. We comfort each other. We make room at our table for one another. For us, there was no better way to express our commitment to Jewish unity and the magic of Shabbat than inviting families from the South to join our mega Shabbat table.”

In North America, challah bakes were a key rallying point for the Shabbat Project, with organizers challenged to innovate on the concept’s traditional formula. This year saw “pink challah bakes” to raise breast cancer awareness in more than 20 U.S. cities; a challah bake in Long Island featuring teen cooking sensation and Chopped winner Rachel Goldzwal; and a cross-border challah bake bringing together communities in San Diego and Tijuana.

Other highlights in the U.S. included: Conservative and Orthodox synagogues coming together for a tailgate party and Shabbat-related discussion during the Baltimore Ravens game on the Sunday before the Shabbat Project; a Bukharian-styled Shabbat meal in Cedarhurst, N.Y; a student-led initiative bringing together college students from different universities in Wisconsin, Pennsylvania and Massachusetts; luxury retreats bringing together Jews of different backgrounds and levels of observance in Orange County and New Jersey; and a full day of Jewish learning in San Diego, with thousands attending a variety of lectures on various hot-button subjects.

Perhaps most movingly, there was a moment of silence across Pittsburgh in commemoration of those killed in the Tree of Life synagogue attack, which had occurred on the weekend of last year’s Shabbat Project.

In Israel, 445 cities and moshavim found tranquility and common ground amid the rocket barrages via hundreds of community-wide and private/home-based events. A full 25-hour Shabbat experience for around 100 students in Jerusalem attracted many participants who kept Shabbat for the first time. Up north in Karmiel, a Friday night dinner in the municipal square drew 500 people spanning native Israelis and new immigrants, young and old, observant and not.

Elsewhere, a challah bake for 400 women in Brussels doubled as a live concert and a hip-hop dance show. A “Shabbat Shuk” brought “the tastes, smells and sounds of Machane Yehuda” to Sydney, where participants proceeded to break the Guinness record for the world’s longest challah (33 feet). A glamorous havdallah concert at the Palais de la  Méditerranée in Nice featured The Voice star, Alliel. The community of Olomouc in the Czech Republic came together for a challah bake, Friday night dinner and havdallah at the grand Olomouc synagogue, which was burnt to the ground by the Nazis, and recently rebuilt.

And after their community challah bake was cancelled due to the political unrest, organizers in Santiago pivoted to a more intimate iteration, splintering the event between 15 different homes.

Finally, in South Africa, where the Shabbat Project was birthed in 2013, the “adopt a community” campaign saw Jews in outlying “country communities” hosted by families in the major Jewish centres of Johannesburg and Cape Town, while thousands of beautiful “Challah Date” boxes were distributed for friends and families to bake challah together at home.

“Jews of all backgrounds have embraced the Shabbat Project, putting aside their differences and gathering together in a spirit of love and unity,” says Rabbi Goldstein. “People really resonate with the way Shabbat carves out a sacred space of tranquility and togetherness amidst the frenzy of modern life.”

To coordinate an event of this magnitude and global scale, the Shabbat Project’s Tel Aviv office partnered with approximately 5,000 thousand “city captains” on the ground, who themselves marshalled countless volunteers in their cities.

Much of the communication with partners took place via Whatsapp, with hundreds of different groups on the go. Meanwhile, nine different help desks fielded more than 6,000 calls in 10 languages as well as more than 50,000 emails, creating customised educational and promotional materials for each city.

“The heartwarming global uptake of the Shabbat Project points the way to the formula for a vibrant Jewish future: active participation. To be a Jew is not to be a passive spectator. It is about active involvement, real engagement, personal responsibility and leadership — and the Shabbat Project is a great example of where this personal leadership can take us. Our future is in our hands. We need to take ownership of it — and this is just the beginning of the incredible future we can build together.”

They call me "NewsHound IV," because I'm a clever Finnegan, sniffing out stories all over the Boulder area. I love Jewish holidays because the food is GREAT, especially the brisket. Well all the food. I was a rescue pup and glad to be on the scent!
Previous Ben-Gurion University and Colorado Cannabis Company Collaborate on CBD Skin Treatments
Next Get in the Swing of Chanukah with Colorado’s Fiddling Sensation Katie Glassman 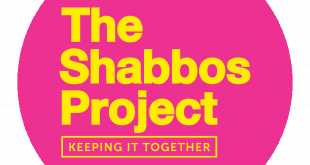 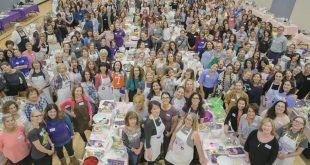 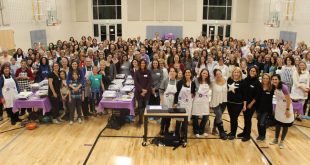 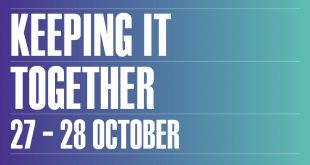